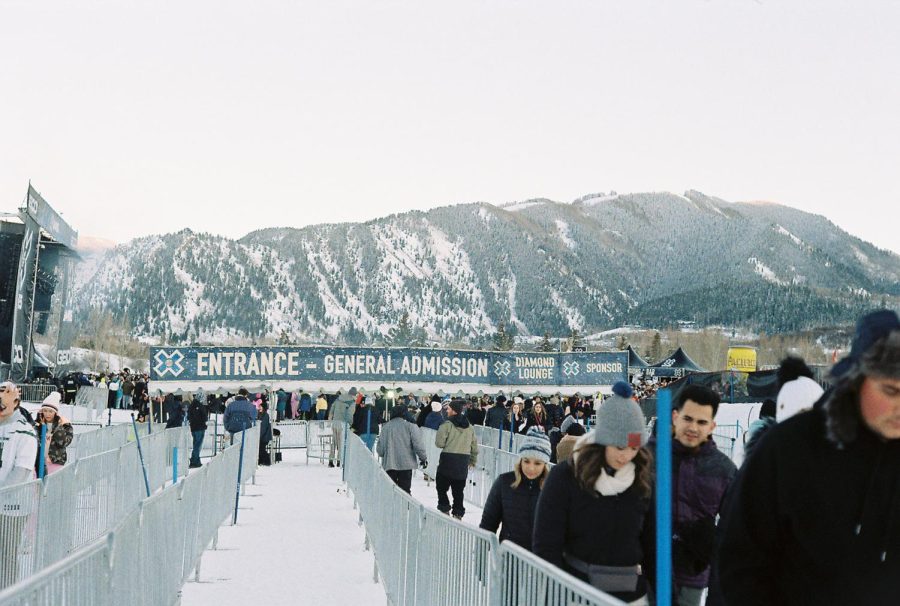 Aspen, Colorado, had the pleasure of hosting this year’s X Games from Jan. 21-23. The X Games consisted of three days packed with adrenaline-pumping competition, featuring world-class action sports athletes competing in different events to test their speed, skill and performance.

In Aspen, the athletes were tested in snowboarding and skiing events. The first day was definitely one for the girls, starting off with three major ski and snowboard events.

The following event, women’s ski big air, gave athletes five runs to get the highest amount of points possible and added the competitors’ two highest scores to decide the winner. Tess Ledeux won the event with a combined 94 points, even though runner-up Megan Oldham outscored Ledeux in three out of five runs.

Later that day was the Wendy’s snowboard knuckle huck, in which athletes have 20 minutes to launch off a ramp and showcase their best tricks off the “knuckle.” Marcus Kleveland won this event, and his performance included several breathtaking tricks.

After the knuckle huck came the women’s ski superpipe, during which the skiers go on large half-pipes back and forth, performing tricks to the best of their ability to gain the most points. Kelly Sildaru, a 19-year-old from Estonia, shredded the superpipe and claimed the gold.

The final event of the first day was Monster Energy men’s snowboard superpipe, which was an electric way to finish off the day. Scotty James came out on top with a show for the crowd to win the event.

The second day hit and the Jeep women’s ski slopestyle started the day off with another first-place win by Ledeux.

The Jeep men’s snowboard slopestyle was the following event, in which the competition was fierce. Kleveland ended in second place, and Mark McMorris ended in first place.

The Pacifico women’s snowboard big air event was up next. It held even more amazing competition and a second win for Sadowski-Synnott, who claimed 85 points. It was a close event, as Sadowski-Synnott ended only three points over runner-up Jamie Anderson.

Shortly after was the women’s snowboard superpipe, in which Sena Tomita earned a win over Queralt Castellet.

The men’s ski big air was the second to last event of the night. The top three competitors ended with over 90 points each, but Alex Hall won, only two points above the runner-up. Hall finished the event with 94 points.

The final event of the second day was the men’s snowboard big air. Kleveland once again came out on top, winning by one point (82) over Max Parrot (81). Third place was filled by Rene Rinnekangas, who ended with 80 points, showing just how competitive the X Games can truly be.

Finally came Jan. 23, the final day of the snow winter games. The Jeep men’s ski slopestyle was entertained by Switzerland athlete Andri Ragettli, who won the event, with Canadian Max Moffatt right behind with silver.

The second event was the Wendy’s ski knuckle huck, in which Quinn Wolferman from the U.S. took the win.