Colorado State winter sports: What you may have missed 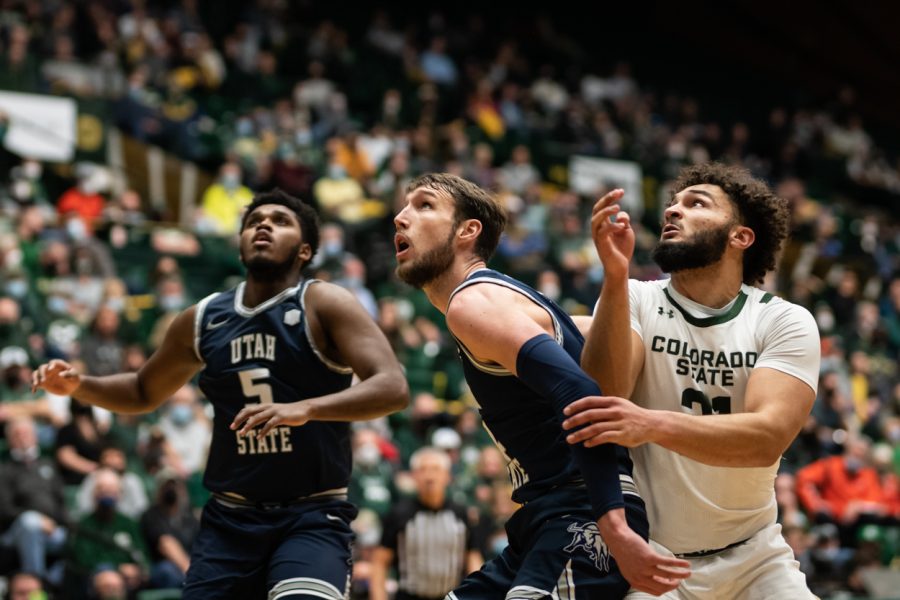 Colorado State University students are returning from their winter break, but they may have missed all the highs and lows of sports that went on during it.

The football season is over, but Trey McBride had one of the best seasons in Rams history in 2021. He became CSU’s first-ever unanimous All-American and won the John Mackey Award, the program’s second national individual award. McBride recently received yet another award, this time from the Colorado Sports Hall of Fame, which awarded him College Male Athlete of the Year.

The men’s basketball team, led by coach Niko Medved, had four games canceled or postponed due to COVID-19. A notable game that was canceled was the one scheduled against The University of Alabama, which is now ranked No. 24. The CSU Rams maintained an undefeated record throughout 2021, becoming one of the last three teams to be undefeated along with No. 6 Baylor University and No. 28 University of Southern California.

The Rams began the new year with a hometown win against the United States Air Force Academy Jan. 4, continuing the winning streak and securing their first Mountain West Conference win of the season.

The men then faced their toughest competition thus far and lost to San Diego State University Jan. 8, ending the undefeated record. This also brought the rank of the Rams down, pushing them out of the top 25.

The Rams maintained their undefeated record at home, however, with a win against Utah State University Jan. 12.

San Jose State University, coming off a loss to California State University, Fresno by 20 points, got no mercy from the men’s basketball team, as the Rams won by 36 points Jan. 15. The men will come back to Moby Arena Jan. 19 against the University of New Mexico.

The CSU women’s basketball team, led by coach Ryun Williams, had several games over break, beginning with a hard-fought win over Boise State University Dec. 28 to end 2021 on a good note.

However, the new year opener started off with a loss to San Diego State Jan. 3.

CSU came back, though, learning from their mistakes, and overpowered their next competition, San Jose State, the following weekend. They ended the game with a 26-point lead.

Their next game was close and well fought, but in-conference Air Force took the win over the Rams Jan. 13. Their final battle before the end of break was against New Mexico, and CSU lost.

CSU track and field showed out in the Potts Invitational hosted by the University of Colorado Boulder. Coach Brian Bedard must have been more than excited to see his student-athletes put in work during the offseason, and this meet showed what they can do. Track and field brought home five first-place finishes on day one and four on day two.

Tom Oates won the mile event, crossing at a time of 4 minutes, 10.88 seconds.

Lauren Gale showed amazing speed in the 200-meter with a time of 23.52, making her the third-fastest Ram in this event, passing Leah Fair. Liam Mather won the 60-meter hurdles with a time of 8.04 followed by Germain Barnes.

The final first place Ram from day two was Janyah Jasper, who won the 60-meter with a time of 7.51.