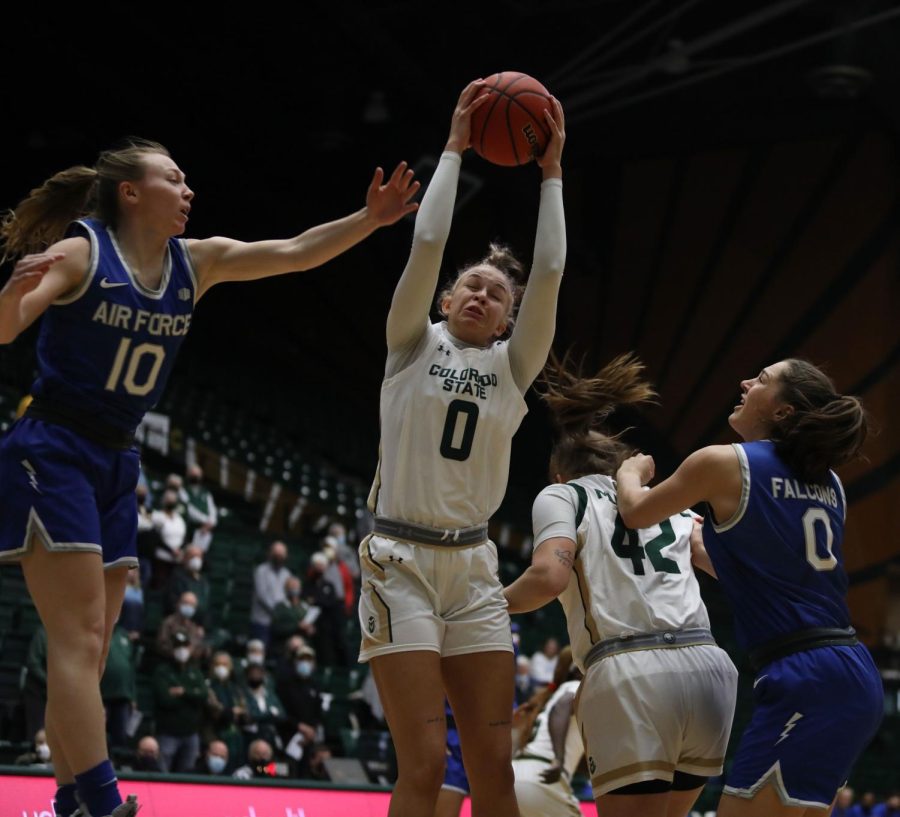 After starting the season 10-1, Colorado State (2-3 in conference, 11-4 overall) has since lost three of their last four outings. The struggles began just as the Rams entered Mountain West Conference play, with all three of these recent losses coming at the hands of conference foes.

The Rams are coming off a 85-74 defeat by the University of New Mexico Lobos — a game in which the Rams allowed 19 made 3-point field goals to the Lobos. Despite the loss, Rams guard Upe Atosu believes this next matchup will be different.

“We had so many positive things we’re going to take from this game, and trust me, our next game is going to be so much bigger,” Atosu said to Colorado State reporter and Assistant Director for Athletic Communications and Content Development Mike Brohard postgame.

The Aggies (0-6, 5-11) should provide fewer problems from the 3-point line, as Utah State ranks second to last in the conference for 3-point percentage. The Aggies are currently on an eight-game losing streak, the most recent being a 86-68 loss to the University of Nevada, Las Vegas. The Aggies lost by double-digit margins in each of these eight losses.

Today’s upcoming clash will provide the Rams with a chance to put their recent struggles behind them and regain some lost ground in the Mountain West. Utah State holds sole possession of last place in the Mountain West and remains winless in six conference games.

The contest marks only the third time thus far in the regular season that the Rams will play as the visiting squad, a position in which they are 1-1. The Aggies have proven to be much more formidable at home than on the road, as they’ve compiled a 4-3 home record compared to their 1-8 away record.

Look for Colorado State to lean on junior standout McKenna Hofschild to lead the Rams today. This season, Hofschild has averaged 14.6 points per game, 6.1 assists and 3.9 rebounds and is the team’s leading scorer on the year. Alongside Hofschild, Atosu has been a key factor as of late, averaging 12.9 points so far this season.

While these two guards have helped orchestrate the offense this season, it will be imperative to the Rams’ success for forward Karly Murphy to continue playing at a high level. Murphy has averaged a near double-double on the season and has shined in conference play, averaging 11.9 points and 8.7 rebounds per game.

The Rams will hit the road for the next three conference games, and they plan on being back in Moby Arena Jan. 27 at 6 p.m. against the University of Nevada, Reno.