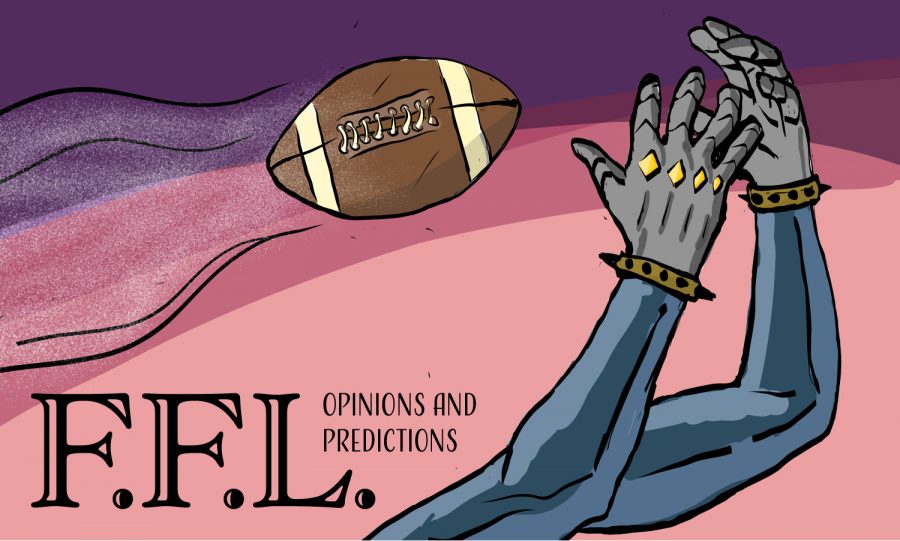 It is finally week 14 of the NFL season, and there are six more weeks left until the playoffs. For fantasy owners, this is the last week of the regular season, and this means a lot for postseason implications. If you already clinched a spot in the playoffs, good for you, but if you are fighting for your life to get in and need a few players to push you over the edge, look no further than this week’s waiver wire.

With the Indianapolis Colts, Philadelphia Eagles, Miami Dolphins and New England Patriots having bye weeks, this final week of waivers for the regular season is critical for everyone.

Let’s start with New York Jets wide receiver Jamison Crowder. He should see an increased role within the offense since Corey Davis is out for the rest of the season with a core injury. He won’t be the No. 1 receiver in New York since Elijah Moore has earned himself that honor, but Crowder will be the No. 2 guy moving forward.
This is my last article for fantasy football, so I wish you good luck in this final week of regular season play and the playoffs.”
Crowder only has two touchdowns on the season but has been pretty consistent with targets at around five to seven a game. Last week against the Eagles, he had four catches on six targets for 62 yards. His next matchup is against the New Orleans Saints, who are not great when it comes to defending against wide receivers (seventh-worst in the league). But with Marshon Lattimore covering Moore, I believe Crowder will lead the team in targets, giving him flex value this week.

My second waiver wire pick is another wide receiver in the AFC: Los Angeles Chargers Jalen Guyton. He is coming off his biggest week of the year with four catches on four targets for 90 yards and a touchdown. He isn’t on the list just for his big performance but also because Keenan Allen was recently added to the reserve/COVID-19 list. Guyton would step up as the No. 2 wideout in LA’s high-powered passing offense. That will make him a solid flex option this week.

In week 14, the Chargers take on the New York Giants, who are the 10th-worst in the league when it comes to fantasy points allowed to wide receivers. I think the passing volume the Chargers have will be more than enough for the Giants to handle. Guyton is not even owned in 1% of leagues, so there shouldn’t be any competition to pick him up.

My final waiver wire pickup is San Francisco 49ers running back JaMycal Hasty. With Elijah Mitchell entering the concussion protocol on Monday and Jeff Wilson Jr. dealing with a knee injury, Hasty should be next up for the starting role in line. He only has 13 carries on the season, but most of his damage is through the passing game. Hasty has 91 receiving yards on the season, which doesn’t seem like much, but with the amount he has played, it is really impressive.

His first matchup with an extended look is against the Cincinnati Bengals, who allow the 15th-most fantasy points to running backs. Hasty has a potential flex value this week due to how good the Niners running back system is. He is only owned in 0.5% of leagues, but that number could go up for fantasy owners of Mitchell.

All three of these players should bring you value in week 14 as there are four teams on bye weeks. This is my last article for fantasy football, so I wish you good luck in this final week of regular season play and the playoffs. I hope my articles have helped you get some much-needed wins and depth on your bench.

Reach ​​Brendon Fairbairn at sports@collegian.com or on Twitter @Fairbairn_7.