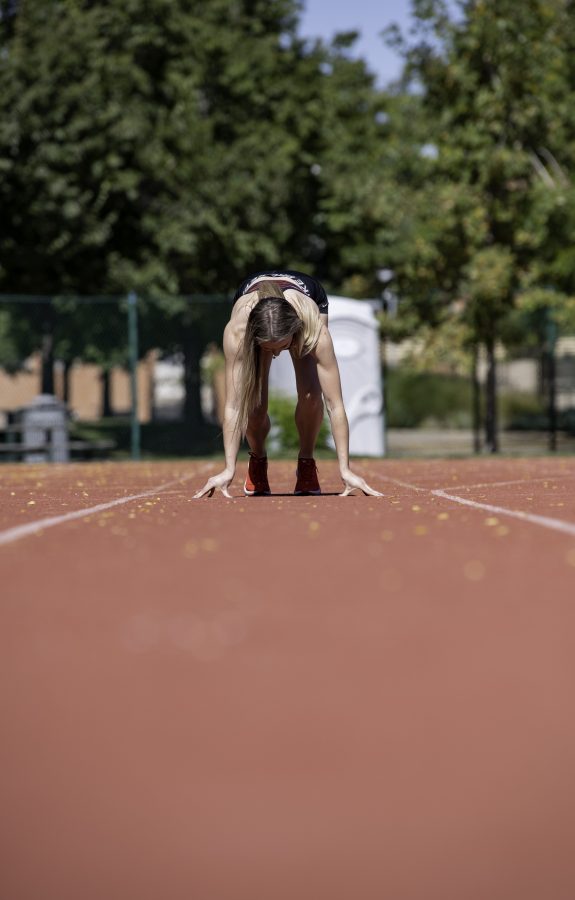 The Colorado State University track and field team hit the ground running on Friday in their first indoor meet of the season as they made the trip to the United States Air Force Academy for the Air Force Holiday Open. It was an incredible start to any season on an individual level, as 15 Rams set new personal records, with eight of those performances cracking the all-time top-20 records for CSU in their respective events.

While both groups of Rams recorded impressive finishes, it was the CSU women who dominated the day. Starting with running events, Jessica Ozoude had arguably the most impressive performance of the day in her first meet since returning from injury by posting a new personal record of 7.37 seconds in the women’s 60m, which was also the fourth-best finish in school history. Janyah Jasper and Makayla Williams also set new personal bests in the event, posting 7.46 and 7.66, respectively.
Sieg and McDonald also grabbed the first and third positions, respectively, in the women’s weight throw event.
In the 60m hurdles, Lexie Keller also beat her previous best time of 9.10 with a time of 8.67, which makes her a new entry on the top-20 list as her performance is tied for 11th all-time. Teammate Jahzara Davis is now tied for 16th-best performance all-time in the same event with a time of 8.81.

Grace Goldsworthy was one of two Rams competing in the women’s 300m and landed herself a third-place finish with a time of 40.21.

The throwing unit for the women was collectively the most dominant across all events. The Rams achieved a clean sweep at the podium in women’s shot put with Gabi McDonald, Tarynn Sieg and Michaela Hawkins taking the top three positions. McDonald threw a new personal best as well as the 10th-best throw in CSU history with a distance of 51′.25” while Hawkins threw the 15th-best CSU throw with a distance of 47’9.25” — also a new personal best.

Tameryn Coryell and Celyn Stermer took first and second in the women’s pole vault. Coryell recorded a new personal best with a height of 12’11.5” — also the fourth-best result in CSU history. Jordan Lanning was the Rams’ only podium appearance in women’s high jump as she took second.

Liam Mather and Andrew Doctor took second and third in the men’s 60m hurdles with times of 8.10 and 8.11, respectively. Adam Stark’s time of 34.89 was enough to get him a third-place finish in the men’s 300m.

CSU’s next meet days will be Friday, Dec. 10 and Saturday, Dec. 11 as they travel across the border for the Wyoming Power Meet.