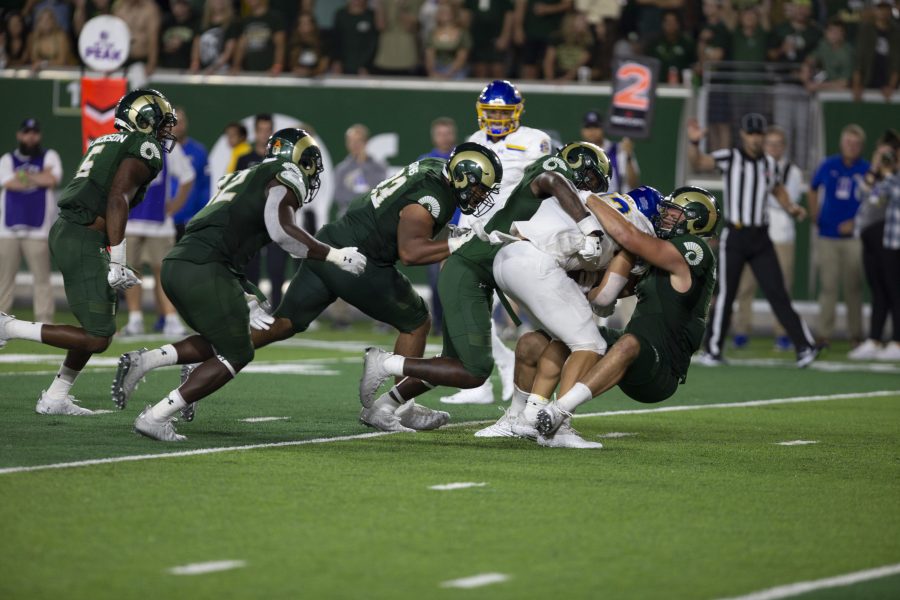 The Colorado State Rams football team is set to begin conference play this Saturday as they host the visiting San Jose State University Spartans for Homecoming and Family Weekend.

Coming off a bye week, the Rams (1-3 overall, 0-0 conference) last played Sept. 25, falling on the road 24-14 against the No. 3 ranked University of Iowa Hawkeyes. The Rams will look to secure their first victory at Canvas Stadium since Nov. 5, 2020, when they defeated the University of Wyoming for the only win of the four-game 2020 season.

San Jose State (3-2, 1-0) enters the contest coming off a 37-31 home win against New Mexico State University. The Spartans will be led by quarterback Nick Nash, who made his first collegiate start last weekend after losing first-string quarterback Nick Starkel to injury in their previous game against Western Michigan University.

With the Rams hoping to turn their season around just in time for conference play, there may be no better motivation to secure a win than playing for a packed stadium on Homecoming Weekend. Let’s take a look at some key factors and storylines surrounding Saturday’s upcoming matchup.

Colorado State has leaned on solid defensive efforts to stay competitive over the last few weeks. They will need to do so once again in their upcoming game against San Jose State. The Spartans are coming off a game in which they produced 209 yards rushing with running back Tyler Nevens accounting for 115 yards and a score. Despite his inexperience, Nash threw for 193 yards and three touchdowns while remaining turnover-free in their victory over New Mexico State.

After allowing a measly 13 yards rushing to the University of Toledo and only 54 yards on the ground to Iowa, the Rams’ front seven have started to find their groove. Not only have the Rams been effective at stopping the run, their pass rush has also improved immensely from the start of the season, as they’ve compiled 10 sacks total in their last two games.

Facing a quarterback like Nash, who is making only his second career start, disrupting the Spartans offense early and often will be crucial for the Rams. Look for linemen Scott Patchan and Mohamed Kamara to build on their sack totals by providing heavy pressure up front. Rams’ leading tackler Dequan Jackson continues to anchor the Rams defense with his consistency and fearless pursuit of the ball carrier.

Coming out of the halftime break, CSU needs to step on the gas. In three of their four games so far this season, the Rams have scored zero points in the third quarter. While this may seem insignificant to some, it is important to note the Rams led at halftime in both the Vanderbilt and Iowa games yet blew their lead in the third quarter of both contests. Conversely, in their only victory of the season, the Rams were tied with Toledo at the half and went on to take the lead in the third quarter. Essentially, coach Steve Addazio needs to keep his team motivated throughout the entirety of the game and come out in the second half pedal to the metal.

The injury bug bit Colorado State last weekend against Iowa as the Rams lost senior running back David Bailey early in the contest. Bailey, who leads the Rams with 271 rushing yards and two of both receiving and rushing touchdowns on the season, did not return after he went down with a leg injury after his first carry of the game.

It is unknown whether Bailey will be available for the game against San Jose State, but Ram fans can only hope the bye week provided Bailey ample time to recover. If Bailey isn’t cleared to play, look for redshirt junior A’Jon Vivens to carry the workload at running back. Vivens enters Saturday’s contest with 32 rush attempts for 119 yards on the year, averaging 3.7 yards per carry.

Arguably the best tight end in the country, Colorado State tight end Trey McBride continues to impress. Recently named to the Fred Biletnikoff Award watchlist (awarded to the nation’s best receiver), McBride is on track to become the first tight end to ever win the award. Despite a slightly down game against Iowa, McBride still managed to lead the Rams in both catches and receiving yards.

While averaging 99.5 receiving yards per game is no small feat, the Colorado native has found the end zone only once through the four games this season. The Rams have struggled to find much success through the air in the last two games, with quarterback Todd Centeio completing 27 of 57 passes (47% completion rate) for 265 yards and one touchdown over that span. If the Rams hope to bolster their passing offense, leaning on McBride in the red zone is going to be essential.

Colorado State will host San Jose State with kickoff at 1:30 p.m. at Canvas Stadium in Fort Collins. The matchup will cap off the CSU Homecoming and Family Weekend. More information about events on campus this weekend can be found here.