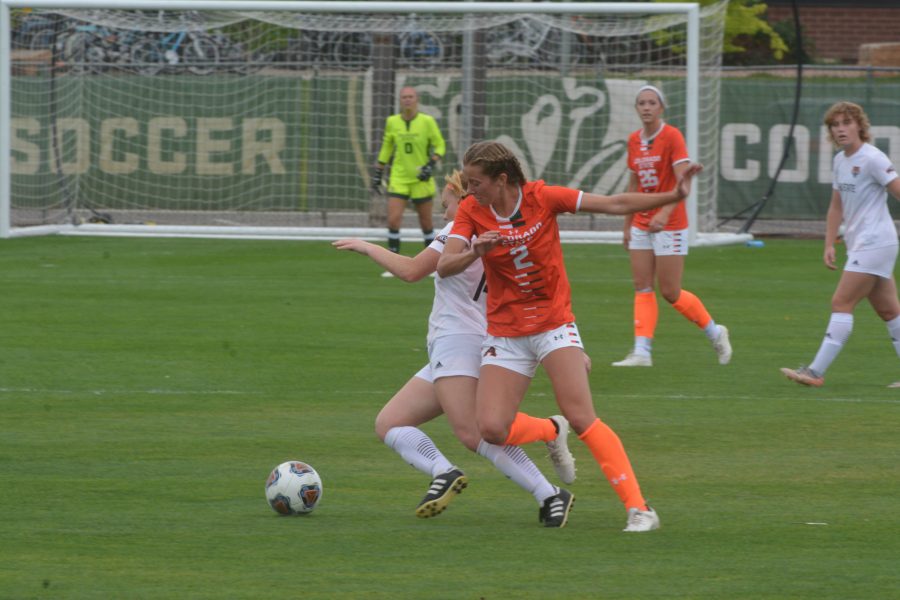 The win is the first of the campaign for the Rams as well as the first win for new head coach Keeley Hagen. CSU improved their record to 1-2-2 through the first five games of the regular season, and it couldn’t have come at a better time. It’s been a frustrating opening stretch for Colorado State, but it seems they’ve finally found their finishing touch.

It’s the first win of the season, so we’re all super pumped. It was definitely a team effort today. We’re all really proud of ourselves.” -junior midfielder Liv Layton

Before Sunday’s rout, the Rams fell short in their opening regular-season games while struggling on the defensive side of things by conceding nine goals, including two 4-0 blowout losses to Texas Tech University and Kansas State University.

Those offensive and defensive woes were nowhere to be found Sunday, however, as this team was playing to its full potential in every aspect of play. The Rams showed no mercy on offense in the early stages by peppering Idaho State’s goal with 15 shots in the first half, forcing Bengals goalkeeper McKayla Wetsel to make five saves in the first 20 minutes of the game alone.

Wetsel was putting her team on her back in the first half-hour of the game as Idaho State struggled to get out of their own half of the field. She could only do so much on her own, however, as the first breakthrough for the Rams came after winger Liv Layton set up Kaitlyn Abrams to make it 1-0 after 27 minutes.

“It’s the first win of the season, so we’re all super pumped,” Layton said. “It was definitely a team effort today. We’re all really proud of ourselves.”

Four minutes later, Layton went from servicing her teammate to scoring herself off a Gracie Armstrong assist to give Colorado State a 2-0 lead.

Layton and Armstrong linked up once again for CSU’s third goal, with Layton providing a pass to the technically gifted Armstrong, who put the shot away to make it 3-0 two minutes before halftime. The Bengals only managed one shot in the entire first half, which failed to trouble Rams keeper Amanda Green as it was off-target.

It was more of the same for Colorado State in the second half. Senior forward Kristen Noonan led from the front as she got in on the act by finding the back of the net eight minutes into the second half off Caroline Lucas’ first career assist to make the Rams’ fourth goal. It took another 20 minutes for the Rams to score again, and it was Noonan, this time being serviced by freshman Ali Yoshida, to make it a 5-0 game.

Armstrong put the nail in the coffin with her second goal of the game in the 85th minute, while Green made two saves in the final minutes of the game to protect the clean sheet and give the Rams their 6-0 victory.

This is the win the Rams needed as they begin their conference-only portion of their schedule next week when they take on the 2019 Mountain West Conference runner-up San Diego State University Sept. 24 and the University of New Mexico Sept. 26 in Fort Collins.