Colorado State football is back, so bring on the tailgating 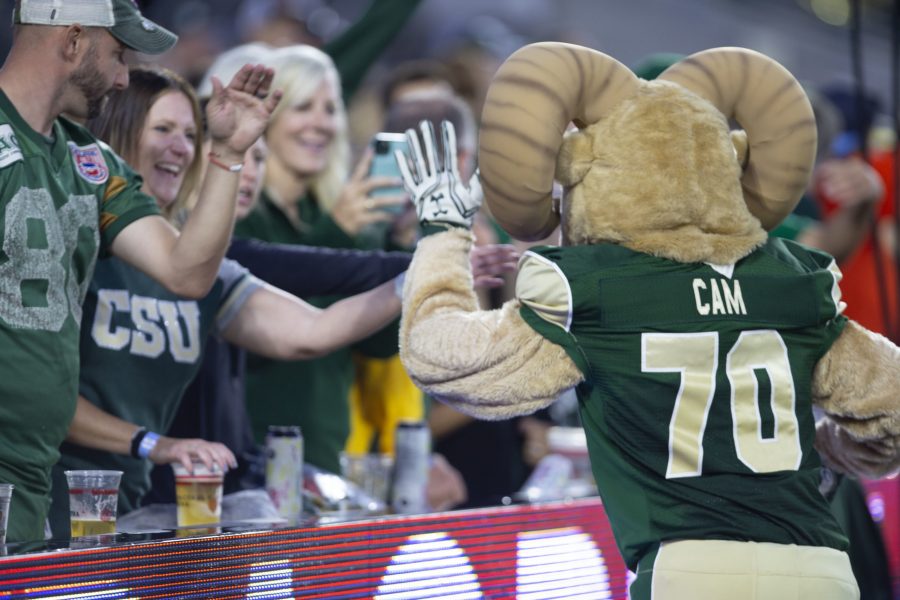 Cam the Ram interacts with fans on the New Belgium porch at Canvas Stadium on Sept. 3. The Rams lost to the South Dakota State Jackrabbits 42-23. (Gregory James | The Collegian)

Sept. 3 was the moment for all Rams to unite together and watch a sport that so many people love. Football kicked off its season this past Friday, and with that came the American tradition of tailgating.

Last season, COVID-19 restrictions put a halt to the annual tailgating events at CSU, but with new protocols and mandates in place, campus-wide gatherings are once again a reality. Ram fans brought their trucks and kicked back, enjoyed some great food, cracked open the coolers and tried out the fun activities at all the tailgating events that happened four hours prior to game time.

One major tailgating tradition Ram fans have stuck with is the ringing of the Old Main Bell before kickoff, located in the northeast corner of the Iris & Michael Smith Alumni Center at Canvas Stadium

Colorado State students were among the most excited about the tailgating events this year due to the COVID-19 pandemic protocols previously restricting attendance at live sports, keeping many fans indoors and watching from their homes. Some freshmen have never experienced a tailgate before or all the joys football season brings.

Near the west side of the Lory Student Center was a huge inflatable area for kids, including a bouncy castle, slides and games. Near the north side of Canvas Stadium were multiple games with Ram gear as prizes, but if merchandise is not your thing, there was also live music playing as fans and students were on their way to the stadium accompanied by people dancing in the street.

The Associated Students of Colorado State University made tailgating a tradition at the University. One major tailgating tradition Ram fans have stuck with is the ringing of the Old Main Bell before kickoff, located in the northeast corner of the Iris & Michael Smith Alumni Center at Canvas Stadium. Traditions like this hope to bring more students together each year and can introduce a sense of home and comfort for students and alumni every season.

Other than the ringing of the bell, the CSU community has not carried over many traditions from Hughes Stadium. Without the ability to line the football field with beer bottles like at Hughes, this year is an opportunity for the Ram community to create new traditions for CSU students, alumni and others to follow.

Sophomore Carter Bruning said CSU students were excited to be around other people, make good food with friends and have a good time at the football game.

“It’s been too long since we were able to do that, and I’m really grateful that it is back and we are better than ever,” Bruning said.

CSU football will be back Sept. 11 at 8 p.m. as they host Vanderbilt University.

Bryson Schminke can be reached at sports@collegian.com or on Twitter @brysons81 .