Colorado State soccer gets the season going with Colorado Cup 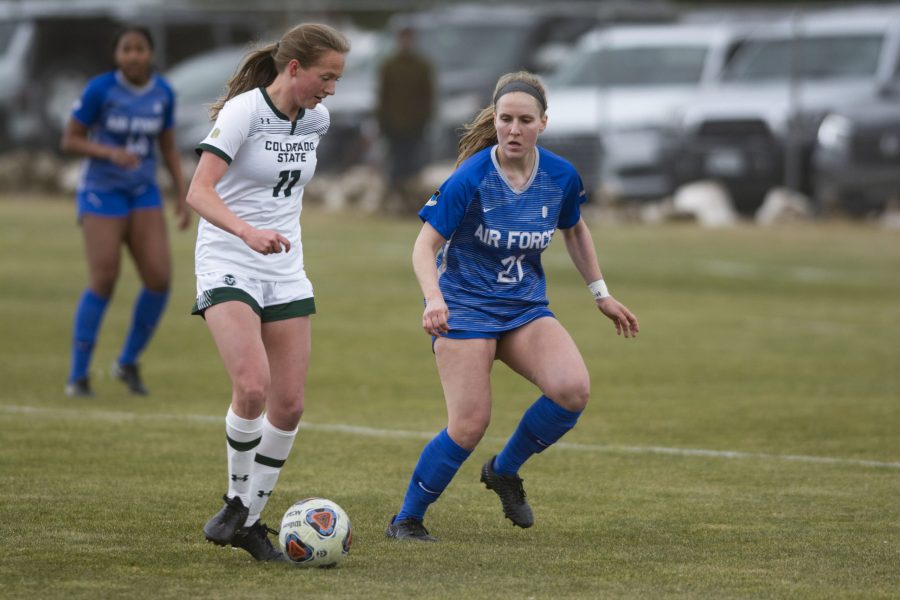 On Aug. 9, the Rams welcomed Texas Tech University for an exhibition match to prepare for the season. The Rams dropped the match 4-0 but did something they have not been able to do since April: play another team.

UNC broke the tie early, scoring an unassisted goal in just the second minute of the game. For the remainder of the first half, neither team put another ball in the net. The Rams had eight shots, zero saves and one foul in the first half. The Bears finished the first half with the quality over quantity approach, as they were up 1-0 with one shot. UNC also recorded four saves in the first half.

The second half featured scoring in bunches. In the 69th minute, Gracie Armstrong evened up the score 1-1 with an unassisted goal — Armstrong’s first of the day. A minute later, UNC got back on top with a goal from Haley O’Nan assisted by Britney Donais. In the 80th minute, Armstrong struck again with an assist by Caroline Lucas to tie the match 2-2.

Unfortunately for the Rams and Buffs, rule 7.6.3 came into play.”

Neither team scored in the remaining minutes of regulation, and the match went into overtime. The Rams outshot the Bears 2-0 in the first OT but were still unable to score. The match went into a second OT, and this time the Bears took control. UNC outshot CSU 2-0 but was unable to find the back of the net. CSU had two saves to keep the match tied, bringing its total to four saves during the exhibition.

CSU finished with more total shots — 19-8; shots on target — 11-6; corners — 4-2 — and percent of possession — 54-46 — than UNC. The Rams were able to provide many players with playing time. CSU had six substitutes play for at least 11 minutes. The Bears, however, managed to sub in 18 players for at least 12 minutes, including two goalie substitutions.

The Rams traveled to Boulder on Thursday to try to turn things around from a loss and a tie in their first two matches. In the second match of The Colorado Cup, CSU played rival University of Colorado Buffaloes.

The Buffs did not waste any time in this match, scoring three unanswered goals in the first half. In the 51st minute, however, the match was forced into a lightning delay.

Rule 7.6.3 of the NCAA rule book states: “Once a game has been started and suspended, it must be restarted not later than three hours after the originally scheduled start time unless mutually agreed upon before the start of the game by the teams or determined by the governing sports authority.”

The Colorado coaches and administration attempted to get a make-up plan for the match but were unable to do so. The Rams will not get another chance to face their rival anytime soon.

Still looking for the first win of the young season — and still without a loss in the tournament because of the events in Boulder — the Rams traveled to Denver to play the University of Denver Pioneers.

The Rams will be back in action on Thursday when the University of South Dakota Coyotes come to Fort Collins.