Rams to meet a different Buffalo in first round of NIT 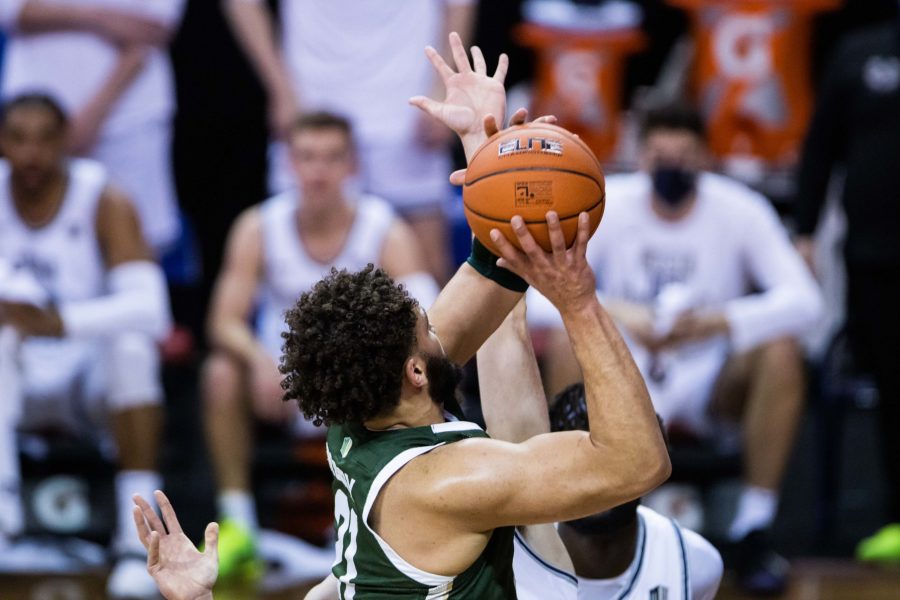 While the Colorado State University Rams were hoping to play in Indiana for the NCAA Men’s Basketball Tournament, they will have to create their own madness in the National Invitation Tournament.

The Rams incurred a brutal loss to Utah State University in the semifinal of the Air Force Reserve Mountain West Men’s Basketball Championship. The loss raised doubts for CSU’s entry to the NCAA tournament, and the selection committee solidified those doubts.

The NCAA included the Rams as a potential replacement team should a team be forced to withdraw from the playing field due to COVID-19 concerns. As of 4 p.m. MST on March 16, the deadline for teams to back out of the tournament and a replacement team to fill their position has passed, and the phone did not ring for the Rams.

With all focus geared toward the NIT, the No. 1 seeded Rams will take on No. 4 University at Buffalo.

The Bulls finished second in the Mid-American Conference with an overall record of 15-7. In their conference tournament, the Bulls took down Miami University 74-63 and the University of Akron 81-74 to move on to the finals. The Bulls could not keep their momentum going and dropped the championship game 84-69 to Ohio University.

Below are some keys to the game that will be imperative to the Rams refining their identity as a basketball team and making a run in the NIT.

Adam Thistlewood and Kendle Moore struggled in their matchup against Utah State. Almost nonfactors from the stat sheet, Thistlewood and Moore combined for five points, eight rebounds and zero assists.

For the Rams to return to their offensive prowess, these two need to get hot. Isaiah Stevens and David Roddy carried the brunt of offensive production in the semifinal, and that will need to continue, but when the Rams are able to fire on all cylinders, they truly become dominant.

The Rams will be more likely to succeed if Thistlewood and Moore return to their usual selves and bolster the team’s offensive capabilities. Neither has to score 40 points to do that. Getting to the line, drawing fouls, creating shots and crashing the boards would be more than enough.

For the Rams to truly put away the Bulls, they will need to continue to play smothering defense. The main cause for concern on Friday will be the Bull’s leading scorer, Jeenathan Williams. Williams has 409 total points. Even if Williams gets locked down, Buffalo has three other players averaging double digits that have played more than one game this season.

If the Rams are able to replicate their defensive performance against Utah State, they should be able to put a lid on the Buffalo offense. CSU held Utah State to 36.1% from the field and 28% from deep, keeping the Aggies well below their normal shooting averages.

Another key area for the Rams to watch is the rebounding battle. Currently, Buffalo is averaging 8.7 rebounds more per game than the Rams. If the Rams can dominate the paint on both sides of the ball, they will be able to limit any second-chance points from the Bulls and hopefully snag a few of their own.