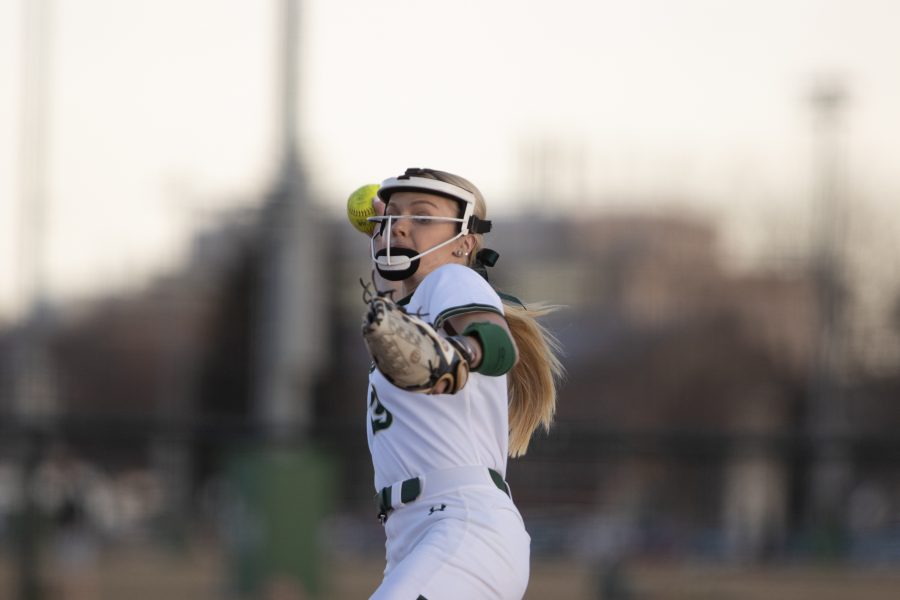 Despite stealing a game from the tournament hosts, Colorado State softball finished with a 1-4 record at the Texas A&M Invitational.

The Rams kicked off day one of the tournament against Texas Tech University. CSU had no issues getting runners on base, but struggled to advance those runners to home base.

The Rams stranded 13 runners on base and only tallied one run batted in, courtesy of senior Jordan Acosta. CSU went 7-33 at the plate, drew three walks and struck out eight times.

Jessica Jarecki assumed pitching duties for the Rams’ start to the season against the Red Raiders. Jarecki tossed nine innings and only allowed two earned runs on seven hits in the extra-inning game. The graduate student out of Littleton, Colorado, struck out 14 of 33 batters. Even with the solid pitching, the Rams’ inability to bring runners around cost them. After scoring one run in the bottom of the second, the Rams did not score again and lost 3-1.

The second game of the day saw the Rams face off against Texas A&M University and featured a firing Rams offense. The Rams put seven runners across home plate and only left three on base.

In the second inning, the Rams unleashed their bats. Freshman Ashley York hit a triple, allowing senior Tara Shadowen to score. Junior Brooke Polenz’s single brought York in for a run. Ashley Michelena made sure to continue the offensive surge with the Ram’s second triple of the inning, which brought in Polenz. The Rams put three more runs on the board in the second inning, giving CSU a 6-2 lead.

Graduate student Corina Gamboa went 2-4 at the plate with three RBIs, and in the fifth inning Gamboa bodied a solo home run to add some key insurance runs and put the Rams up 7-4. Michelena also went 2-4 and added an RBI.

Texas A&M mounted a late-game comeback behind a two-run homer in the seventh inning, but the green and gold held strong to get their first win of the year 7-6.

CSU’s offense looked unrecognizable against the University of Central Arkansas to start their Sunday campaign. The Rams got shut out in seven innings and lost 4-0. CSU drew three walks on the game, but base runners were few and far between as Acosta and Gamboa were the only Rams with hits in this game.

The offense stayed stagnant, as the Rams’ second game of the day saw them play Texas A&M for the second time in the tournament. CSU had just three hits over 25 at-bats and struck out nine times.

Jarecki gave up two earned runs on seven hits and five walks in her second loss of the year. Jarecki was not able to get the ball past the batter quite like her first appearance, as she only struck out four Aggies this time around.

The Rams lost 2-0 and dropped to 1-3 on the season prior to their final day of the tournament.

Slow bats seemed to be an unfortunate theme for the Rams and their final game against Texas Tech did nothing to change that. Sophomore Danielle Serna provided the Rams with their sole hit of the day despite CSU’s 22 at-bats. Unfortunately, no runs materialized out of Serna’s double in the bottom of the fourth inning, resulting in a third straight shutout against the green and gold.

The Rams one-hit game capped off a disappointing start to the season. After the first tournament getting canceled and going 1-4 in the second, the Rams will be looking to change the narrative in upcoming contests. CSU will head to Tucson, Arizona, for the four-day Wildcat Invitational starting on Feb. 25.