The Masters: A walkthrough of golf’s biggest tournament 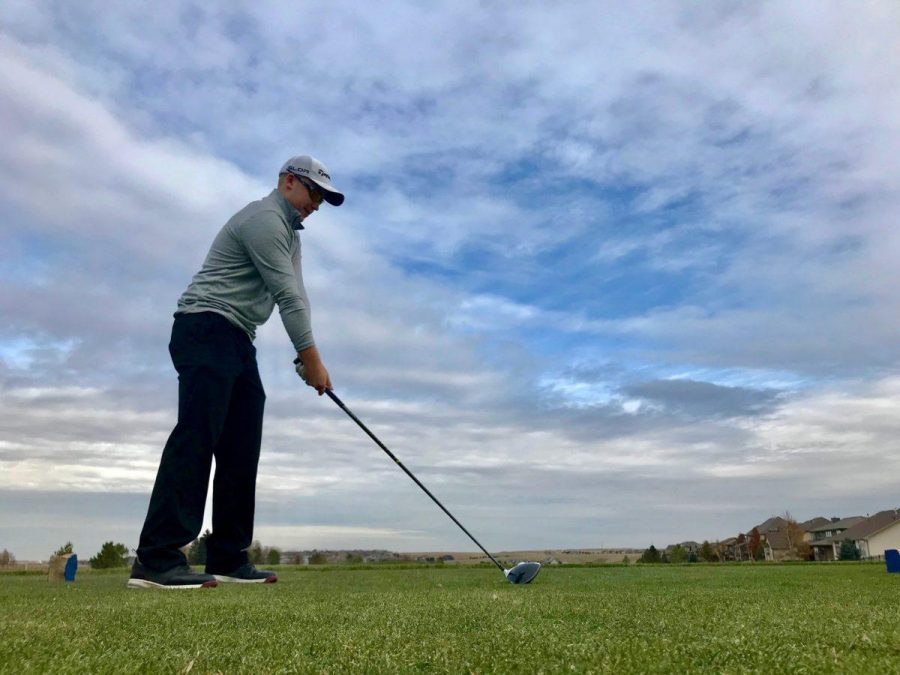 Tyler Smiens tees a ball up while out golfing on a chilly fall day in 2017. (Collegian file photo)

As sports continue to bounce back from an eventful year of delays, postponements and cancelations, this past weekend gave sports fans — golf fans more specifically — another much-anticipated 2020 return: the Masters Tournament.

After being postponed back in April as a result of the COVID-19 pandemic, the world’s best golfers made the trip to Augusta National Golf Club in Augusta, Georgia, from Nov. 12-15, to continue America’s most coveted golfing tradition.

The prestigious green jacket was bestowed upon American golfer Dustin Johnson after he finished his final round four strokes under par, bringing his total to 20 strokes under par through four rounds, setting a new tournament record in scoring, to make him this year’s tournament winner.

A historic performance from Dustin Johnson at #TheMasters

This year’s Masters Tournament was different for a variety of reasons, but the one that has probably stuck out the most was the climate, both naturally and personally. What do I mean by that? Well, the tournament is usually scheduled to have the final round be played on the second Sunday of April, but that was obviously not possible this year.

This posed an interesting natural element to deal with for players and schedulers alike, as the tournament was being played in a different season for the first time. This led to shorter daylight hours, which made for a more packed schedule than most of the participants are used to. Not only that, but the weather and darkness were responsible for multiple delays at the start of the first round and other rounds, which is something that doesn’t usually pose a problem in Augusta in the spring.

Now, for some of you, this might be the first time you’ve ever heard about the tournament, which is totally fine. Allow me to give you the ins and outs of the Masters Tournament.”

As for the personal aspect of the climate at Augusta this year, the absence of fans was felt by viewers and players in a big way. Usually, you can expect to see fans lining the fairways of the course and cheering passionately for big-time million-dollar putts. But Augusta was quiet this year, which may have been good for golfer concentration but was damaging to the usually electric atmosphere of the biggest tournament in professional golf.

Now, for some of you, this might be the first time you’ve ever heard about the tournament, which is totally fine. Allow me to give you the ins and outs of the Masters Tournament.

The Masters is just one of the four major championships on the PGA Tour, which is the circuit that all respected professional golfers play in. This one is unique, however, in that it’s the only PGA major that’s played on the same course every year: the aforementioned Augusta National Golf Club. It’s also unique in its notoriously exclusive qualification process.

All of the top 50 ranked golfers in the world and past champions of the tournament receive an automatic invite to compete, but if a golfer doesn’t wind up on that list, the road to the Masters becomes extremely tough. I could get into all the various ways one could qualify, but this statement basically sums it up: if you don’t do well on the PGA Tour, you won’t be invited to the Masters, as the final field of players is limited to just 90 participants.

What happens when a golfer qualifies then? After qualifying, the trip to Georgia is made every April. The tournament plays like this: The first round is played on the Thursday before the second Sunday of April. Golfers play the full 18-hole course four times over four days, one round per day. The par for the course is 72 strokes per round.

Now I may have lost some of you there. What is the par for a course? Every hole has a par value, which ranges from three to five depending on the hole being played. Holes that are a shorter distance from the tee box garner a lower par value and vice versa. A par in golf is when you get the ball in the hole using the maximum number of strokes, or swings, that is prescribed for that hole. So if the hole I’m playing is a par 5, and it takes me five swings to get the golf ball in the hole, then I have made par for that hole. The goal is to try to use as few swings as possible; you want to be what they call “under par.”

So, back to the tournament. After two rounds of 18 holes have been played, cuts are made. The way this works is like this: The tournament leader at that point and the rest of the top 50 golfers, and those within 10 strokes of the leader are allowed to finish the final two rounds of the tournament while the other golfers who didn’t play well enough to make it into that group are sent home. From there, it plays just the same as it started, and the person with the lowest score under par on Sunday is the winner of the green jacket, the “trophy” given to the winner of the tournament every year.

So why does it matter? Well, golf is a sport that is rooted in tradition, and there is no golfing tradition stronger than the Masters. Any golfer who wants to be included in the G.O.A.T. conversation has to win the Masters to even get a nod. Players who have won the tournament multiple times, like Jack Nicklaus, Gary Player, Tiger Woods and Arnold Palmer, all cemented their legacies at this tournament, and the symbolic green jacket is the most coveted prize in all of professional golf.

That is why the Masters, with its legacies and traditions, are so important to the world of golf, and 2020 is better off having continued that tradition in spite of challenges the world has thrown at us this year.