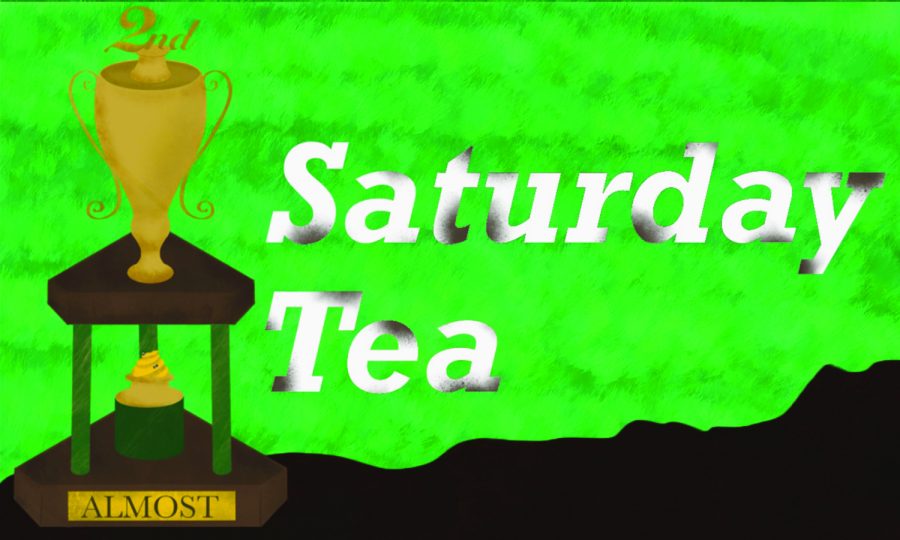 Welcome back to Saturday Tea, where, in this week’s edition, we’ll be discussing weeks 9 and 10 of the college football season. Week 9’s analysis, much like the other anticipated happenings of the first week of November, was delayed for a variety of reasons.

Over the past two weeks, the college football world has seen several perennial powers fall from grace, as well as many news faces surge onto the scene. Without further ado, let’s take a look at what you may have missed.

Group of Five takeover: The most exciting thing to come out of the wacky 2020-21 college football season so far has been the emergence of a surprising amount of Group of Five programs — schools not included in the Power Five conferences. Currently, G5 programs occupy nine of the top 25 spots in the AP week 11 poll, which is more than the Big 12 and the Pacific-12 combined.

The best of the nine aforementioned teams are the University of Cincinnati Bearcats and Brigham Young University Cougars, who rank seventh and eighth respectively. And for those of you who have seen the Bearcats or Cougars play this year, you understand that it is far from unreasonable for me to say that they’d be a top-three team in the Atlantic Coast Conference, Big 12 and Pac-12.

Moreover, all of the G5 teams in the top 25 are undefeated by Power Five teams this season, with the exception of the University of Miami, which lost to Clemson University. Of the nine ranked teams, six are undefeated, and the two that were defeated alongside Miami — University of Louisiana at Lafayette and Southern Methodist University — both have one loss to, you guessed it, one of the five undefeated G5 teams.

In a year when it is unlikely for there to be a clear-cut fourth-best team in the country for the College Football Playoff Selection Committee to put into the Playoff, it could be the year a G5 power finally gets a chance to prove itself. The only question that remains is whether or not the Playoff Committee will have the stones to pull the trigger.

Big house blues: The defending champion, the Louisiana State University Tigers are 2-3, The Pennsylvania State University Lions are winless and The University of Oklahoma is a two-loss team with no chance of getting back to the College Football Playoff. However, the perennial power having the most disappointing 2020-21 campaign has to be the University of Michigan Wolverines.

Michigan currently sits at 1-2 with its only victory coming over a University of Minnesota squad, who also turned out to be frauds. This disastrous state was something many college football fans, including myself, never saw coming for Jim Harbaugh and his Wolverines.

They had a new highlight-reel-of-a-quarterback in Joe Milton, a monstrous defensive front seven and one of the best coaches in the country. So what happened? The answer is simple. Michigan happened.

After a loss to its in-state rival, Michigan State, followed by a 17-point drubbing by Indiana University, Bloomington, Michigan administrators have some tough decisions to make. Do they lower their own lofty expectations, or do they cut ties with Harbaugh and find someone to breathe new life into the floundering maize and blue?

Playing without their all-world captain was not a new challenge for the Tigers, as their backup QB DJ Uiagalelei fought off a Boston College upset bid the week before. However, Clemson rolled into Notre Dame, Indiana, missing much more than Lawrence.

The Tigers were also without two defensive starters, including sophomore All-American defensive tackle Tyler Davis. Unsurprisingly, the five-star factory that is the Clemson football program was able to plug and play a plethora of young players whose combined efforts kept the game close.

The Notre Dame Fighting Irish were able to beat the Tigers in a double-overtime classic after stoping the potent Clemson offense on fourth down. Thousands of students poured out of the bleachers and onto the field, celebrating one of their program’s greatest victories in recent memory.

Coach Brian Kelly had finally gotten the win to silence the doubters of himself and his team, and the Fighting Irish, now sitting at 7-0, punched their ticket to the College Football Playoff.

Or did they? Yes, Notre Dame is 7-0. Yes, they have a victory over the mighty Clemson. But no, they have not proven their doubters wrong just yet, and no, they have not punched their ticket to the Playoff. The committee needs to see much more than a one-score victory at home against a short-handed Clemson before penciling in the Irish as a top-four lock.

In all likelihood, Notre Dame will be seeing the Clemson Tigers again in the Atlantic Coast Conference championship game, but this time, the game won’t be at home, and a true freshman making his second career start won’t be under center.

David wasn’t asked to kill Goliath twice, but it seems that the Fighting Irish will have to do just that if they hope to play for a national championship in January.

Rams corner: Our Colorado State University Rams sit at 1-1 after their first two games of the season, and I am sure those of you who watched each game would agree that it looked like a completely new team showed up to play in week 3.

For starters, someone took the liberty of reminding coach Steve Addazio that Patrick O’Brien was, indeed, still on the team. Given that enlightening piece of information, Addazio decided to put the ball in number 12’s hands all night against their bitter conference rival, the University of Wyoming.

O’Brien’s three-touchdown performance against the Cowboys slammed the door on the possibility of a quarterback controversy and secured the Rams their first Border War victory in five years.

While O’Brien’s command of the offense was undoubtedly instrumental in the Rams’ victory, CSU’s defense stole the show. The unit, which had been scorched by California State University in Fresno the week before, used its aggressive style of play to force three Wyoming turnovers and even scored the first touchdown of the game.

This mix of efficient offense and opportunistic defense could help the Rams achieve the improbable this Thursday against the Boise State University Broncos. But for right now, all Ram fans should do is sit back and enjoy the fact that it only took Steve Addazio one try to fulfill his promise of rivalry game victories. The boot is back home.

Stop by next week for an analysis of the University of Maryland’s shocking upset of Ohio State and the Rams’ three-point victory over Boise State.