The relationship between the NCAA and transgender athletics 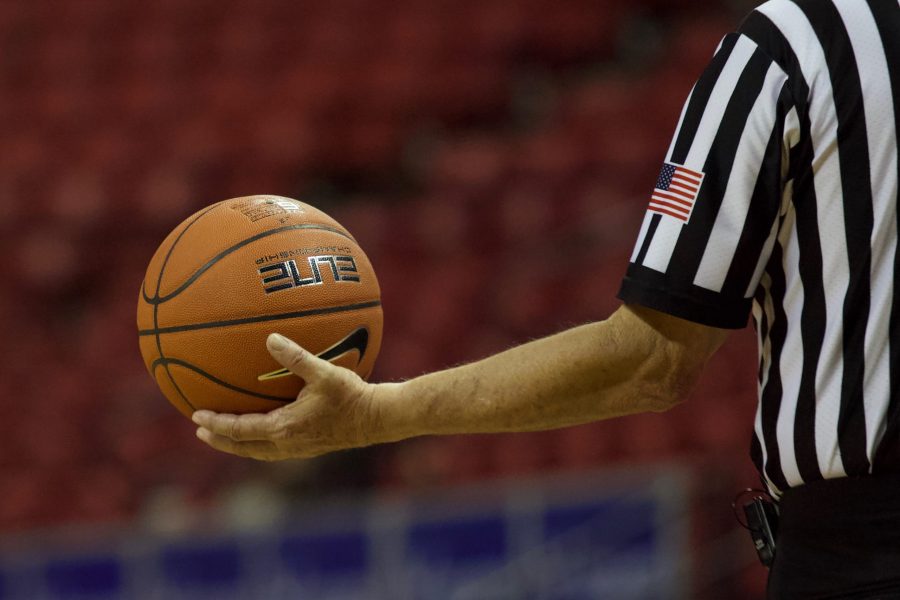 A referee holds the ball on March 1. Despite an encouraging second half, the Rams lost to the Falcons 60-48. (Ryan Schmidt | The Collegian)

In honor of Transgender Awareness Week, The Collegian sports desk decided to take a deeper look into the National Collegiate Athletic Association’s rules and regulations pertaining to transgender athletes and, more importantly, the type of college experience these rules create for transgender athletes. In 2011, the NCAA released a transgender inclusion handbook and the rules it laid out for competition are still followed today.

According to the NCAA Inclusion of Transgender Athletes Handbook, the two primary rules regarding transgender athlete participation are as follows:

1.   “A trans male (female-to-male) student-athlete who has received a medical exception for treatment with testosterone for diagnosed Gender Identity Disorder or gender dysphoria and/or Transsexualism, for purposes of NCAA competition may compete on a men’s team, but is no longer eligible to compete on a women’s team without changing that team status to a mixed team.”

2.    “A trans female (male-to-female) student-athlete being treated with testosterone suppression medication for Gender Identity Disorder or gender dysphoria and/or Transsexualism, for the purposes of NCAA competition may continue to compete on a men’s team but may not compete on a women’s team without changing it to a mixed team status until completing one calendar year of testosterone suppression treatment.”

Both of these regulations center around hormone treatments with a focus primarily on testosterone. The NCAA’s goals for the aforementioned rules are to create an inclusive environment for transgender athletes while also preserving the current level of competitive fairness in collegiate athletics.

While those are fine goals to have, many transgender athletes have been adversely affected by hormone treatments required for them to be able to participate on teams of the gender they identify with. The United Nations categorized the hormone suppression required for a transgender woman to participate in collegiate athletics as “unnecessary, humiliating and harmful.”

Some experts in the field of sports medicine have questioned if these extensive procedures to preserve fairness are even worth it given that the natural athletic ability already varies greatly between members of the same sex. Geneticist Dr. Eric Vilain, who has collaborated with the NCAA and the International Olympic Committee on transgender participation, compared questioning a transgender woman’s competitive advantage to questioning whether or not dominant athletes like Usain Bolt’s natural abilities are fair.

Despite the aforementioned gridlock regarding transgender participation, there have been a handful of success stories, none of which are more notable than 400-meter dash national champion CeCé Telfer. Telfer ran the 400-meter and 100-meter hurdles for Franklin Pierce University, and in 2019, she captured a Division II National Championship in the 4oo-meter.

Upon graduating from college, Telfer has taken time to reflect on those who criticized her victory by claiming she had an unfair athletic advantage. According to Dawn Ennis, those claims could not be further from the truth. As a transgender woman on hormone suppressants, Telfer’s trainer highlighted that it resulted in noticeable muscle loss along with a decrease in her initial burst out of the blocks.

However, Telfer did not let these mental and physical setbacks prevent her from competing. Instead, Telfer chose to only channel positive energy provided by her coaches, friends and family and use that as fuel during her races. Unfortunately, when the races were over, Telfer regularly faced backlash from the media and other competitors.

Rather than being celebrated for her accomplishments, Telfer was chastised for partaking in the sport she loved, and nobody seemed to address changes to NCAA regulations that needed to happen. The NCAA’s regulations regarding transgender athletes’ participation are far from perfect, but hatred from the media and other competitors is doing nothing to help solve these complex problems.

Hopefully, the future of transgender participation in collegiate athletics is one where compassion outweighs prejudice and collaboration leads to progress rather than division.