Rams are back with contact practice and home opener Oct. 24 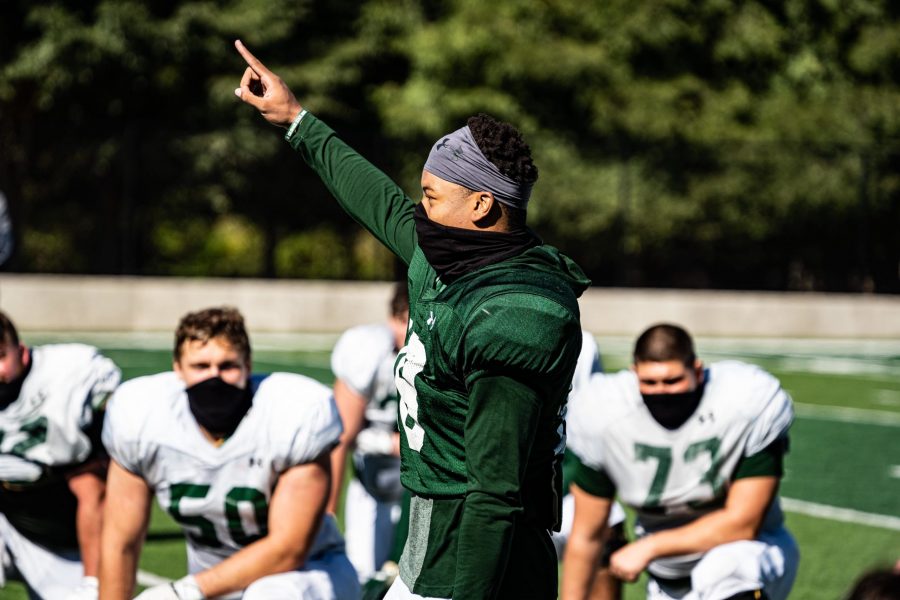 The Colorado State University football team had their first practice in full pads on Tuesday, and players are excited to get back to the gridiron as the CSU athletic department navigates the COVID-19 pandemic.

According to the athletics’ COVID-19 testing update page, as of Sept. 30, the athletic department has conducted 924 tests with 36 coming back positive. Of the 36 cases, 22 are from the football team. Currently, only eight active cases remain among all student-athletes.

CSU will play football this fall and, in accordance with the Mountain West Conference guidelines, all student-athletes, coaches, trainers and on-field members will have mandatory testing three times a week.

The Mountain West football season is slated to start on Oct. 24, giving the Rams less than a month to ramp up game intensity. This reduced timeline seems to have increased excitement instead of nerves.

CSU athletics released a transcript of interviews conducted with four players to local media after their first contact practice of the fall, and the energy of being able to return to play is evident.

“You can sort of feel the emotion on the team right now just going full pads,” senior running back Marcus McElroy Jr. said. “It was just a different kind of vibe outside.”

McElroy Jr. is going into his final year at CSU and is looking to build off a productive junior season where he finished with 370 yards and three touchdowns over 11 games.

In regards to the competitive nature seen at practice, junior linebacker Dequan Jackson said, “I think everybody is bought in, and everybody is going 100%, so iron sharpens iron.”

The ability to adapt has become a consistent theme throughout this season, and entering a completely different system under new head coach Steve Addazio, adaptability is as important as ever.

“I think, right now, we’re starting to put it all together and work on it,” McElroy Jr. said regarding the new practice system. “I think … coaching staff and … players are starting to kind of mesh together a lot better.”

Redshirt junior wide receiver E.J. Scott believes Addazio’s focus on the little things is what is helping to make this transition as seamless as possible.

“The coaches are doing very well, trying to help us get everything down to plays the playbooks and all that,” Scott said. “(Addazio) is just very big on the effort and emphasis of winning the rep and winning that particular down.”

To cap off a productive day of football activities, junior wide receiver Thomas Pannunzio was put on scholarship, which is always a great moral booster for any squad.

The Rams will see their first opportunity to transition what they have achieved in practice to the field as they take on the University of New Mexico at home on Oct. 24.