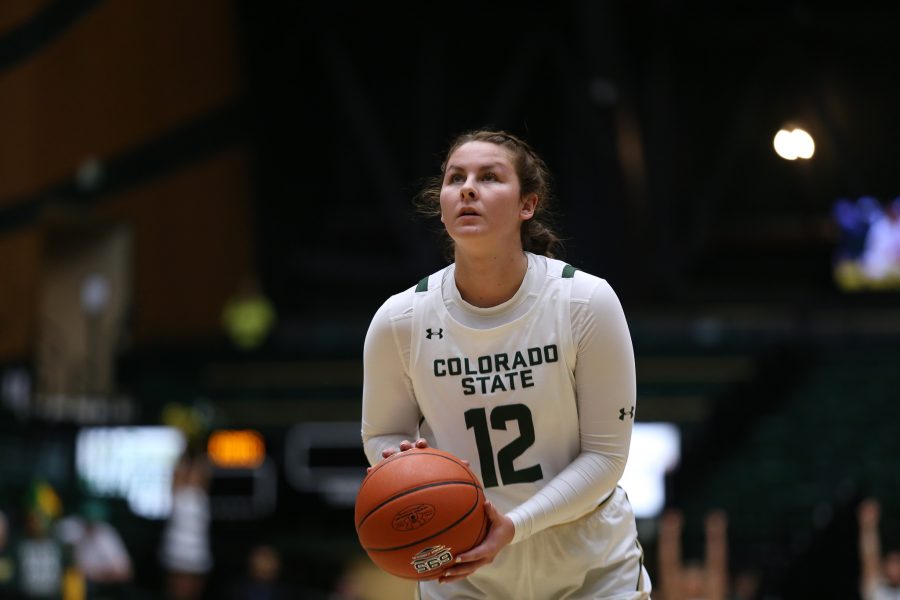 Last year’s Colorado State University women’s basketball team had its fair share of struggles. They ended the season 12-18 overall and 6-12 in Mountain West play. Now the team led by Ryun Williams has seven new faces, all of which seek to drastically improve the roster.

“I love the toughness and competitiveness that Karly (Murphy) plays with,” Coach Williams said. “She understands what it takes to win and has been a solid scorer and contributor in a championship program. It is also exciting that as a graduate transfer, she will have two years of eligibility with the Rams.”

“CSU is also returning nine players who are expected not only to teach the newcomers but to also thrive in the system they know and develop individually.”

Petra Farkas and McKenna Hofschild are the other two newcomers with college experience. The former is a junior who is coming from College of Southern Idaho and the latter is a sophomore from Seton Hall University.

Farkas is another player that strongly cares about winning, something Williams has seemed to emphasize in his new players this year. Hofschild is undersized at 5 feet and 5 inches, but she makes up for it with heart and grit and is a great driver with speed and finishing ability.

Two of the freshmen are from Colorado and two are from out of state. Cali Clark is from Centennial, Colorado, and went to Cherry Creek High School. The 6-foot-3-inch player is the Rams’ tallest athlete and brings some much-needed size. Makayla Hemingway went to Cherokee Trail High School in Aurora, Colorado. Both freshmen were dominant in high school, and they even played each other in the playoffs, where Clark and Cherry Creek beat Hemingway’s squad.

Maria Torres continues CSU’s trend of recruiting international prospects. From Madrid, Torres is a triple-double machine and averaged a triple-double during her final season. Ellie Boni is from Spokane Valley, Washington. Boni is one of CSU’s top recruits and a master at putting the ball in the basket.

CSU is also returning nine players who are expected not only to teach the newcomers but to also thrive in the system they know and develop individually. CSU’s two highest scorers from last year are gone, meaning Jamie Bonnarens will have to increase her scoring totals. She was third on the team last season with 9.4 per game. Bonnarens is CSU’s sniper, as she led the team in 3-point attempts and makes last season.

Tori Williams averaged a comparable 9.2 points per game to Bonnarens but had more assists and rebounds and a slightly higher 3-point percentage. Williams may be called upon to be the Rams’ star player this season.

Lore Devos and Liah Davis both had a big impact on the team last year as well. Devos is now a senior and averaged 7.1 points per game last season. She has great length for a shooting threat. Her 4.1 average rebounds and 10 total blocks last season were also among the best numbers on the team. Davis is the only returning center and should see big minutes anchoring the paint.

Katia Stamatelopoulos and Alexis Eberhardt are both sophomore guards who didn’t see a lot of action last season. They are both expected to see significant leaps in production this year and may even find themselves battling for minutes.

Two sophomores redshirted last season due to transfer rules. Sydney Mech and Bengisu Alper are both back for their redshirt sophomore seasons. Lauren Brocke is another player with size that will be asked to step up next season.

CSU has the pieces on paper to improve. The question now is will they put the product down on the court?