Mountain West should be wary of injuries if play resumes 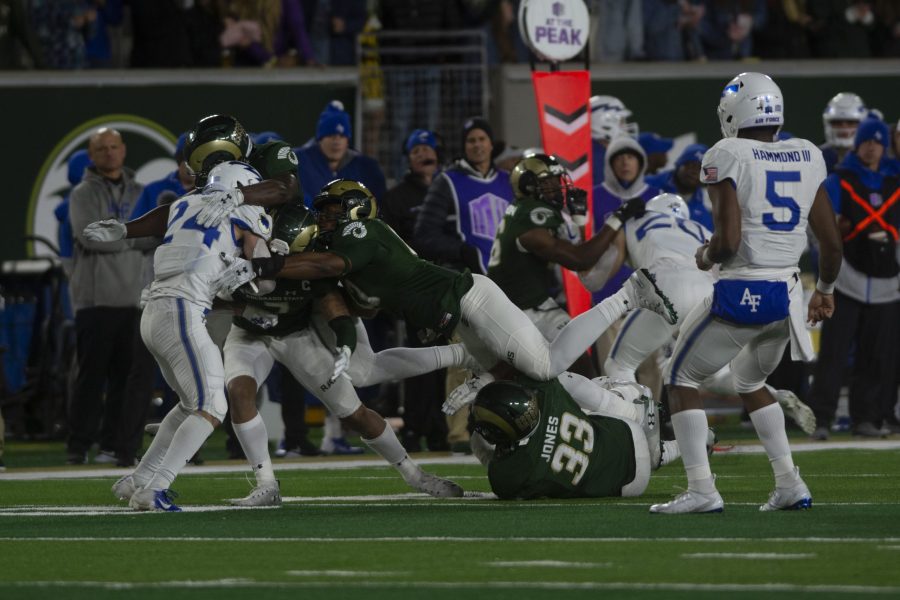 The Mountain West Conference presidents could potentially be voting on a return to play for fall football on Thursday.

Should this pass, the conference is “aiming to play an eight-game, conference-only schedule starting Oct. 24, with a league championship game on Dec. 19,” Dennis Dodd of CBS Sports said.

This would give Mountain West schools roughly a month to build to full competition and would result in an expedited preseason. This puts the sustainability of player health into question, as such a quick transition back into a season when teams have not had continuous contact training could be dangerous.

“Of all the timeline changes, the only constant was when week one of the NFL season would start, regardless of how much the preseason was forced to change.”

Colorado State University has been fortunate and able to continue some level of athletic training throughout the fall.

“Under the guidance and approval of the University’s Pandemic Preparedness Team, our return-to-activity plans have been cleared,” CSU Director of Athletics Joe Parker said in a statement posted on the CSU Athletics website on Sept. 16.

Other Mountain West schools have not been so lucky.

“Fresno state has not had anyone — including athletes — on campus, and San Diego State had to shut down everything on campus for two weeks,” Jeremy Mauss of the Mountain West Wire said.

The worries of how a shortened preseason could hurt players is not misguided. While the National Football League appears to be effectively managing the COVID-19 pandemic going into week three, rampant injuries across the league have proven to be the newest obstacle in the 2020 season.

Although not season ending, the Carolina Panthers’ All-Pro running back Christian McCaffrey, 49ers’ quarterback Jimmy Garoppolo, and Broncos quarterback Drew Lock will all be missing multiple weeks due to a pair of high ankle sprains and a severe rotator cuff sprain respectively, according to Sports Illustrated.

The unfortunate injuries of these household names are just a few of countless others that have plagued the NFL over the past few weeks. COVID-19 may be to blame, but not necessarily in the way you would initially think.

The NFL Player’s Association made the decision to play no preseason games as way to mitigate the spread of COVID-19 as the NFL found its footing prior to the season starting. This change in scheduling resulted in a completely different season ramp-up than what players were used to.

According to ESPN, this irregular preseason schedule had player and coach activity maturing over three phases: “an acclimation period that will take place around when the first preseason game would typically be played, followed by a gradual ramp-up period the following week and a contact-integration period that will encompass the final two weeks of August and into September.”

Prior to cancellation, the Hall of Fame Game — usually the first NFL preseason game of the year — was scheduled to be Aug. 6, with the first full slate of preseason games starting a week later over the weekend of Aug. 13. Under the new schedule, players did not experience full contact practice until Aug. 17, over a full week after players were initially supposed to be ready for contact and playing at full intensity, according to ESPN’s timeline.

Of all the timeline changes, the only constant was when week one of the NFL season would start, regardless of how much the preseason was forced to change.

The NFL placed a heavy importance on COVID-19 precautions for its athletes, which is likely a strong reason as to why the season is currently going on. But, to delay contact training into the latter half of the preseason timeline and ultimately not push back the first week of the season seems to expose another problem while trying to mitigate the first.

Injuries happen in football; it is an unfortunate aspect of the game. An effective preseason allows for players to ready their bodies for the brutality of the sport, and to limit preparation without also delaying the start date of the regular season is a confusing choice that seems to have played a part in a consistent string of significant injuries this season.

Mountain West programs should look at the NFL as a warning of what could become an injury-laden reality should proper contact training not occur prior to athletes taking to the field.