Bolster your NFL fantasy team with these former CSU Rams 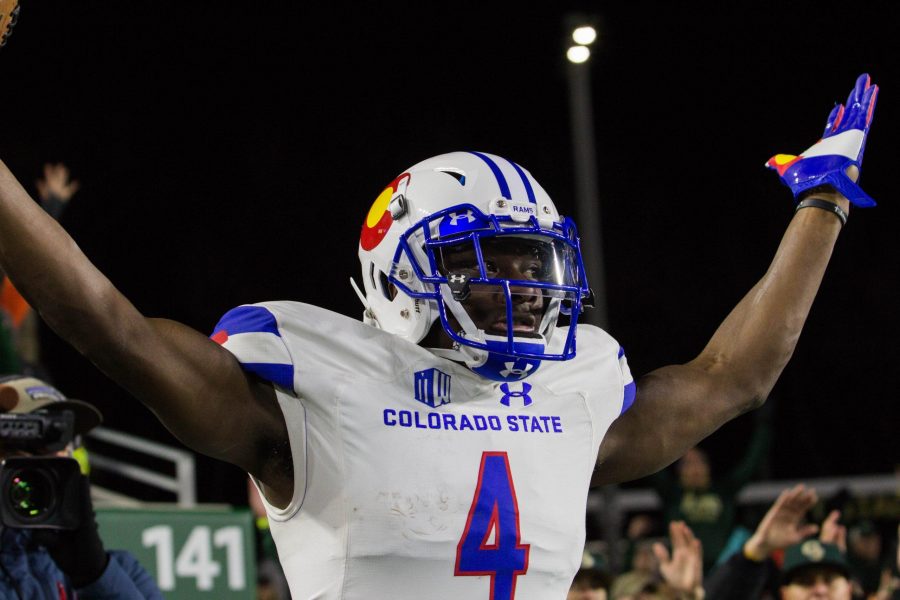 The Colorado State football team is taking a break right now, but former Rams are just getting back into action as the National Football League season approaches. And with the start of the unique 2020 football season, fantasy football is back.

While you won’t be drafting any former Aggies in the first or second round this season, your dream team can still find solid depth and contributors for players who once sported the green and gold. Here is a look at where players like Michael Gallup, Rashard Higgins, Preston Williams and Olabisi Johnson can be picked up in your draft and what they can add to your fantasy squad.

Gallup is the top prospect for former Rammies in this year’s fantasy draft. Gallup is ranked as the 65th overall prospect and the 31st receiver in this fantasy class by ESPN. He is a solid number two receiver in fantasy and a guy you can expect to produce week in and week out. Gallup is ranked similarly to players like AJ Green, Stefon Diggs and Marquise Brown, all big-name receivers who are well-known nationally.

Some of Gallup’s production might be cut into by rookie first-rounder CeeDee Lamb, and we still expect him to put up solid figures with Gallup. Last year Gallup put up 66 receptions for 1107 yards and 204 fantasy points in PPR. He can be trusted to get you double-digit fantasy points each week as he is rarely put on ice.

“Hollywood” Higgins is back with the Cleveland Browns who are loaded with even more weapons than last season. Many expect a bounce-back season from Odell Beckham Jr., and the team still has Jarvis Landry at WR2. The Browns also have arguably the best running back duo in the league in Nick Chubb and Kareem Hunt. Plus, this off-season the organization added tight end Austin Hooper.

The offensive side of the ball is crowded in Cleveland, but if Baker Mayfield improves, there may still be some love to go around for Higgins, the team’s third receiver. Higgins can face inferior defenders as most of the attention will have to be laid on the ground game and the dynamic duo outside.

Higgins is one of the longest-tenured players on the team and can definitely improve on his past successes as he looks to bounce back from an injury-riddled season.

Higgins isn’t ranked in ESPN’s top 300 and isn’t a fantasy draftable player, but if either Landry or Beckham Jr. were to go down from an injury, Higgins would be a great free-agent pickup.

Williams was off to a great start in Miami last season and is already showing signs of being a legit first option based on his skill during this year’s training camp. He had 32 receptions and 428 receiving yards in only eight games, an insane figure for such a young receiver. That was 88 fantasy points for the 6-foot-5-inch monster-of-a-man who is ranked as ESPN’s 43rd receiver and 96th overall prospect.

I think Williams is a great sleeper pick this fantasy season. Fellow Miami wideouts Allen Hurns and Albert Wilson both opted out of the season due to COVID-19-related concerns. This will open up even more targets for Williams and makes him a receiver number two option in fantasy or one of the best fantasy bench players.

His success has a high ceiling if rookie quarterback Tua Tagovailoa works out as well. Williams is likely to be drafted late. If he can be secured in the 11th or 12th round, you can add a great value pick to your team.

Vikings’ Twitter is currently littered with Johnson highlights. The hype behind Johnson having a successful year is obvious. He may not be a fantasy beast, but he is a really solid football player, putting up 31 receptions for 294 yards and three touchdowns last season.

Johnson is very consistent and is another guy who, like Higgins, is unlikely to be drafted in fantasy, but would be a great pickup if the injury bug struck. The presence of star Adam Thielen and rookie Justin Jefferson might somewhat cap what Johnson is expected to do statistically, but the coaching staff trusts Johnson as he keeps working his way up in the organization.