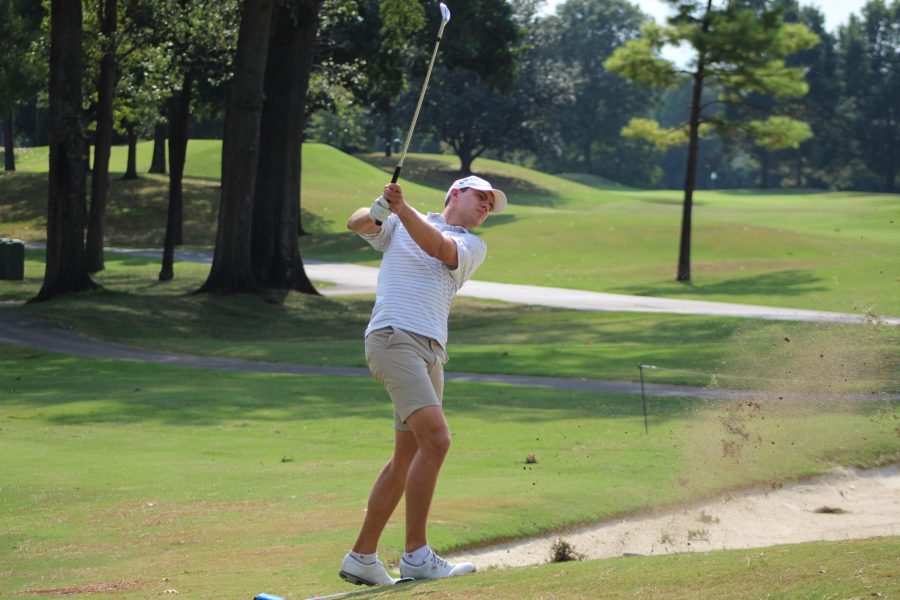 With the season shut down for the remainder of the spring, the Colorado State men’s golf team received some good news; a pair of Rams picked up awards for their performance this year.

Davis Bryant and AJ Ott were selected as Golf Coaches Association of America Division I PING All-Americans after leading Colorado State men’s golf to the 19th spot in the Golfstat rankings before the season was cut short.

Bryant, a sophomore, finished in the top five in three tournaments, including a 6-under 207 to finish T3 in the Saint Mary’s Invitational, a tournament the Rams won back in November.

He shot at par or better in 13 out of 18 rounds and logged four rounds in the 60s. Bryant and fellow All-American Ott finished in a tie for second at 3-under in the Ram Masters Invitational to give CSU their first victory of the season.

Ott averaged 71.89 strokes per round in his final season, playing in every tournament. He and Bryant led the Rams in scoring in both the Lamkin Grips San Diego Classic and the Ram Masters Invitational.

“To have two All-Americans in a single year is a great achievement for the program,” head coach Christian Newton said. “These two guys epitomize stalwart Rams. I appreciate how they go about the process every day.”

Bryant ended the season as the 39th ranked player in Division I men’s golf, according to Golfstat, with a scoring average under par on par-3 and par-5 holes. His lowest score of the season was a 64, coming in the opening round of the Saint Mary’s Invitational.

Ott, a senior and Fort Collins native, finished the season ranked as the 124th player by Golfstat and 60th by Golfweek. His low round of the year was a 66 in the second round of the Jerry Pate National Intercollegiate. He also shot a season best 4-under 206 in this tournament, which the Rams tied to win. Ott had eleven rounds of par or better, with two top five and three top 10 finishes.

Although they didn’t know it at the time, the two All-Americans showed out in their last tournament of the season, finishing in a tie for fifth at the Lamkin Grips San Diego Classic. The Rams finished seventh in this tournament against one of the toughest fields of the season, featuring nine teams ranked in Golfstat’s top 50. Ott fired two 2-under par 70s in his final rounds to propel the Rams up the leaderboard.

Ott and Bryant become the fourth and fifth All-Americans in CSU history and the first since the 2003-04 season.