Rams impress in home opener, win 4 out of 5 over Williston 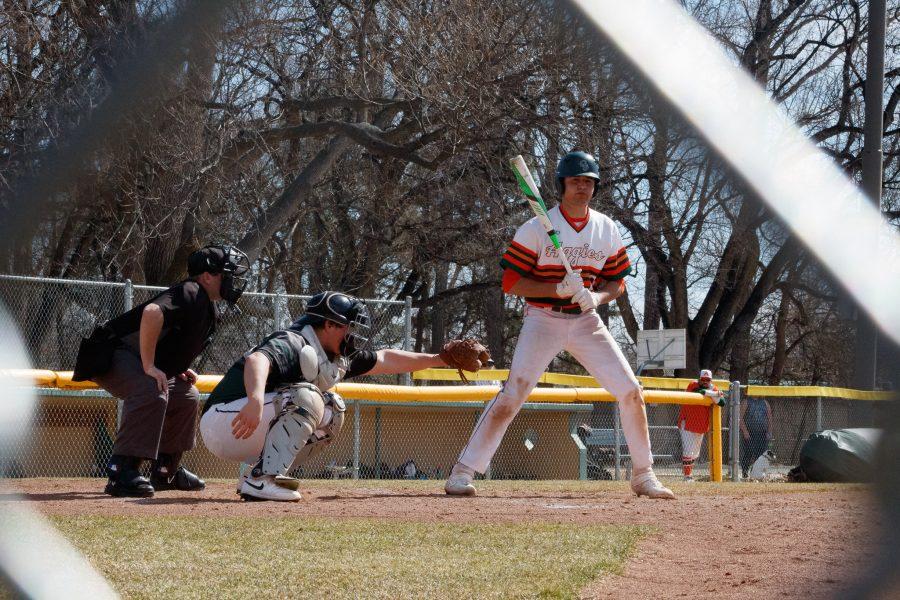 Sophomore Adrian Juarez (10) watches a strike during a game against Williston State on Mar. 8. The Rams won 15-12 moving them up to 4-1 for the 5 game series. (Megan McGregor | The Collegian)

Following a slow start to the season, Fort Collins served as the home-field advantage the Rams needed, as they are now winners of four of their last five games.

The five-game series between Colorado State and Williston State ended with a 15-12 Rams victory as they took four of five from Williston State, increasing their record to 5-8.

“After game three, we really didn’t get it done at the (plate),” Tolar said. “I really challenged the guys because we knew we were better than that, and we could score lots of runs and put a team away that we feel like we should beat, and they really stepped it up and did that in game four.”

Since that 2-1 loss, the Rams’ offense turned a corner by scoring 14 and 15 runs in their final two games of the series.

We take on Dakota College at Bottineau this Wednesday at 5pm & 7pm at City Park Field.

Conference starts next Friday at City Park Field vs CU at 6pm and Saturday at 3pm & 5:30pm. #GoRams

Infielder Caleb Zietlow helped facilitate the victory with three hits and attributed some of the scoring to being able to put the ball in play with runners in scoring position.

“It’s a big thing, getting balls in play,” Zietlow said. “You never know what’s going to happen. (Our approach is) we try to make them get us out, … especially with two strikes, but it’s important to not give them easy outs and make them earn every single out.”

It is not often that a position player is entrusted to pitch a team to victory, but that is exactly what Adrian Juarez did as he threw 6.1 innings while adding three hits at the plate.

He credited most of his success to his teammates, especially catcher Kyler Paterson.

“(Paterson) called a good game behind the (plate); we were mixing up a lot of fastballs and change-ups,” he said. “I didn’t really have to rely on the breaking ball at all, but the fastball and change-up were really getting them to roll over with low pitches at the knees, and our defense made some great plays.”

The successful homestand did not come without its cardiac moments toward the end of game five. Williston State mounted a comeback beginning in the seventh inning, scoring nine runs in the last three.

Ultimately, it was not enough, as the Rams weathered the comeback. Connor Utech closed the door in the ninth inning, and with support from the collective unit, the Rams were able to regain focus and send Williston State back home.

The Rams will remain in Fort Collins for a pair of matchups. First up is Dakota College at Bottineau in a double-header on Wednesday, March 11 at 5 p.m. and 7 p.m. Following is a three-game series against the University of Colorado Boulder on Friday and a double-header on Saturday.

Thomas Knowlton can be reached at sports@collegian.com or on Twitter @ThomasKnowlto16.