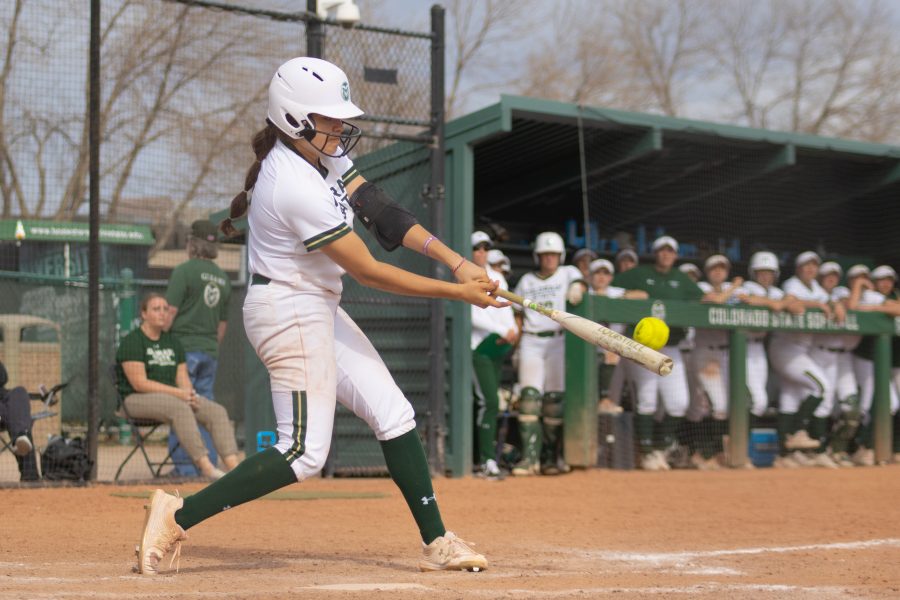 Facing Purdue, Idaho State and Kennesaw State, the Rams emerged with a record of 2-3. Stringing hits together has been a consistent struggle for CSU early in the year. On a four-game losing streak only two days prior, the Rams picked up the pace Sunday afternoon against Purdue in their last game of the tournament.

Throughout the last several weeks, the Rams had tight defense but were struggling on offense. Fielding with a 0.955 average, they have been devoting their attention to becoming an offensive powerhouse. Senior Corina Gamboa says that the team has been working tirelessly to improve their consistency at the plate.

“We’re trying to fix the mental aspect of it because that has a big impact on the physical aspect,” Gamboa said. “Fixing that will make the physical aspect come in. We’ve been working hard every week and breaking it down to mechanics and the basic stuff before we can go all-in.”

After struggling to string hits together on Friday and Saturday, the Rams came back ready to seize a win Sunday afternoon. The games against Purdue (Friday) and Idaho State (Saturday) were both halted due to darkness, but that gave the Rams more time to prepare to take them on fresh.

In their continuation of the March 6 game against Purdue, the Rams exploded for six runs to resume the game in the bottom of the fourth, taking a 9-4 lead. The Rams only allowed the Boilermakers to score one additional run at the top of the fifth, decreasing their lead to 9-5.

Without breaking a sweat, Gamboa shot a two-run home run over the left field fence in the sixth inning to tally up another two runs for the Rams. Her home run sealed the fate of Purdue, finishing the game with an 11-5 victory.

Despite the success the previous game, the Rams prepared to face Purdue for the second time in the matchup scheduled for Sunday. CSU jumped on them early, scoring a single run in the first inning. Fired up about their earlier defeat, the Boilermakers tallied up three runs against the Rams in the third. But, unwilling to give up, the Rams pushed ahead and fought until the very last inning.

After several key hits, the Rams came out on top of Purdue 4-3, but it was no easy victory this time. Finally stringing some hits together, sophomore Brooke Polenz, junior Ashley Michelena and Gamboa worked together to put the Rams ahead of Purdue 4-3.

Collectively, they racked up eight hits and five RBIs for the Rams in both games against the Boilermakers. Gamboa once again sealed the fate for the Boilermakers and drove in the last run to give CSU their final lead.

Wow. Just. WOW. @corinaababbyy1 sends one down the left-field line to give us the lead!

Before the tournament, head coach Jen Fisher shared some of the setbacks that the Rams have been battling since the beginning of the season. February was very busy for the Rams. Traveling nearly every weekend and playing on unfamiliar turf came with unforeseen problems for the team.

However, Fisher was confident that this tournament back in the Colorado air would be nothing but beneficial for the girls, and taking away two wins at the end of the tournament is encouraging for the team.

“We really needed that (win) for momentum going into conference play,” Fisher said. “I think what set the tone was Ashley Michelena’s 13 pitch at-bat in the Idaho State game. It finally cranked everybody up to where they understand they need to be fighters. We carried that momentum into the Purdue game, and that’s what really set the tone.”

Seeming to hit their groove, the Rams look forward to playing in conference games in the upcoming weeks. They will be traveling to San Diego to take on the Aztecs on March 13.