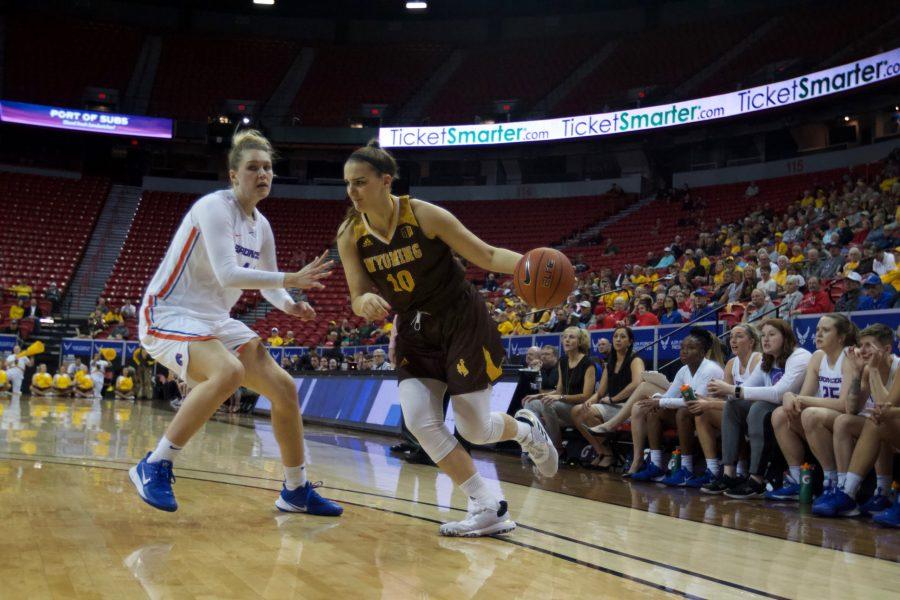 Semifinal action for the 2020 Mountain West women’s basketball tournament wrapped up on Tuesday, with two teams advancing to the tournament championship. Here’s how it went down.

Fresno State University’s women’s basketball team has been dominant all season, but one team that has given them problems is San Jose State University. Their first matchup earlier in the season went to overtime, and the second time they faced off was only a two-point game. Fresno State won both of those games, but SJSU appeared to have a formula for potential success. That wasn’t the case this time around, as Fresno State won in blowout fashion 94-68.

In their previous game, San Jose played the University of Nevada, Las Vegas. The Spartans blew UNLV out of the water, but they had one significant weak spot, and it was their play against post player Rodjanae Wade. They are vulnerable to dominant play by bigs, and this was also evident against Fresno State.

Mountain West Conference Player of the Year Maddi Utti went off for 22 points and 15 rebounds, with 16 of Utti’s points coming in the first half.. Utti didn’t have her best performance in her previous game but bounced back in a big way.

SJSU’s stud guard is Ayzhiana Basallo, who was just coming off an 18-point performance. Basallo vs. the Cavinder twins was hyped to be a battle of the guards. Defensively, Fresno State ran a trap heavy rotation based on the 2-3 zone. This limited the play of Basallo and the rest of the guards, as they were forced to not run their offense through Basallo and instead shoot tough midrange shots with their post players.

“At our place, we held her to four points; we put Hanna (Cavinder) on (Basallo) to keep her at bay and to keep her from driving and keep her off the free-throw line,” Fresno State coach Jaime White said. “A kid like her can score at any time, so we had to keep it up for 40 minutes.”

The Cavinder twins continued to impress. Haley had 18 points while Hanna had 14. On top of that, Aly Gamez had 22 points and shot 3-6 from 3-point land.

Fresno State’s opponent in the championship game will be Boise State. The Broncos have won three conference championships in a row and look to four-peat.

Wyoming was never completely out of it, but Boise State beat them pretty handily as they pulled away for the semifinal win. The score was tied at the end of the first quarter 15-15, but Boise State took over and held their lead for the rest of the game.

Wyoming’s poor 3-point shooting really cuffed their chances at a win, as they shot 1-13 from deep.

All-Conference star Tereza Vitulova ended the game with 16 points but struggled against the length of Boise State’s Mallory McGwire. The 6-foot-5-inch center forced Vitulova into tough shots down low and had a block as well. Vitulova was able to still put up numbers and help her team stick in the game by feasting on the backup center when McGwire would sub out.

Boise State runs a very team-friendly system where everyone can shine. They had two girls post double-doubles. A’Shanti Coleman had her fourth of the season with 20 points and 12 rebounds, while Jayde Christopher had an unorthodox double-double of 10 rebounds and 10 assists en route to her fifth of the season.

The championship is sure to be a thriller. Boise State is motivated, as no team in Mountain West history has ever won the tournament championship four years in a row, and Fresno State’s roster is star-studded and filled with confidence right now. Tipoff is Wednesday at 9 p.m. MST.