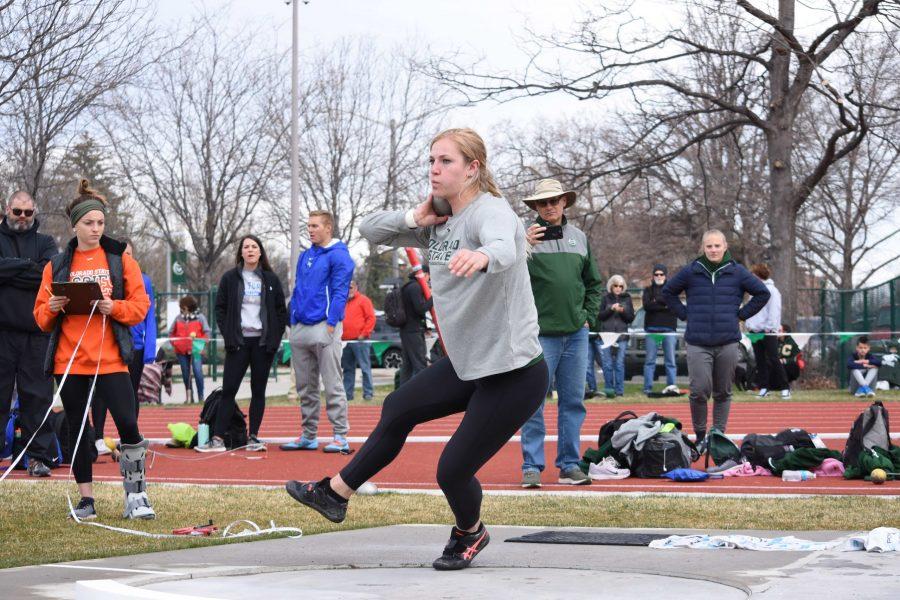 As an athlete, having your performance peaking at the right time can make or break your postseason. Coming off one of the most successful weekends of the season, Colorado State track and field athlete Tarynn Sieg picked up a weekly award as a result of her performance this past week at the Don Kirby Invitational held in Albuquerque, New Mexico.

Sieg’s award, for the week of Feb. 12-16, is the first of her career. It is the fourth weekly award garnered by CSU track this season, as Allam Bushara, Tom Oates and Maria Muzzio have also received Mountain West awards.

The MW announced Tuesday that Sieg is the recipient of the MW Field Athlete of the Week. The junior from Eaton, Colorado, recorded the best shot put throw of the MW season at 52’7.25’’ on Friday. This came the day after recording the second-best weight throw in the MW at 62’6.60’.

For reference, Sieg’s shot put mark is No. 32 in the NCAA this season and stands as a 1’3’’ improvement from her previous season-best mark. Sieg’s personal record for the shot put is 56’1’’, just short of the NCAA leading mark of 59’7.5’’ for the season in the event.

The Rams’ next competition will be on Friday, Feb. 21, a one day event at the Air Force Open. The MW Championships are right around the corner on Feb. 27-29 in Albuquerque.