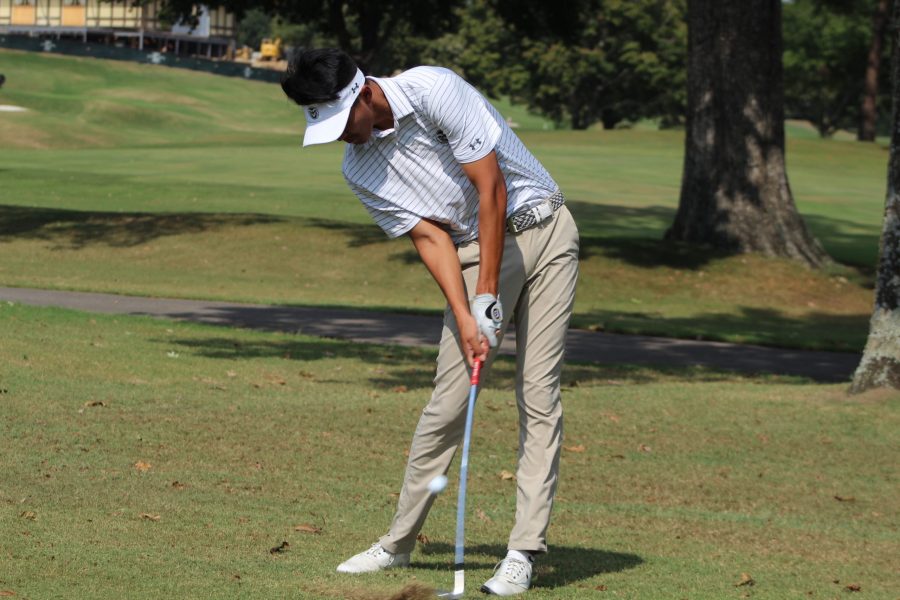 Shaking off the rust of a long layoff, the Colorado State men’s golf team put together two impressive rounds on Saturday and Sunday after a disappointing start Friday, earning them a fourth-place finish in the 2020 Wyoming Desert Intercollegiate. The tournament, in its 12th year, is hosted by the University of Wyoming at the Classic Club in Palm Desert, California.

The Rams came out slow on Friday, recording a 7-over 295, tied for 14th. CSU then got back on track in the second round on Saturday by shooting 2-under, moving them into eighth place at 5-over par — 4 shots behind Oregon and TCU, both tied for sixth place — going into Sunday.

“Today was much a better performance for the team,” head coach Christian Newton said after the team’s second round on Saturday. “It was one of the better rounds of the day, and we need another good one tomorrow to keep digging out of the hole we created in round one.”

In the final round, the Rams put together a 5-under 283 to finish at even par. They finished fourth overall in the tournament, behind runaway winner Auburn. Charlotte finished runner-up, posting a 4-under par at 860 through the three rounds, and border rival and tournament host Wyoming came in 12th at 12-over par.

Juniors Jack Ainscough and Parathakorn Suyasri led the Rams, each posting a score of 1-under 215 to finish tied for 21st place. Ainscough shot a 2-under 70 on Sunday, while Suyasri shot a 1-under 71. Davis Bryant followed with a total score of 1-over par to place in a tie for 31st. AJ Ott posted his best round of the weekend on Sunday, a 2-under 70 to finish at 2-over for the tournament. Oscar Teiffel finished at 10-over. Competing individually, Akedanai Ponghathaikul finished at 9-over in a tie for 68th.

The fourth-place finish ends a three-tournament winning streak for the Rams, but it continues an impressive season. Ranked 70th in the nation by Golfweek going into the season, the Rams flew to Palm Desert as the No. 5 ranked team in the country. Victories in the Ram Masters Invitational, Jerry Pate National Intercollegiate and Saint Mary’s Invitational catapulted them up the rankings.

The Rams improved on their performance in the tournament last year, both in score and place. They posted a 13-over 877 last year, good enough for fifth place. Their even par 864 this year showcases both individual and team improvement for the Rams as they head into a busy spring schedule.

The 2019 tournament winner, Texas Tech, won with a 6-under par 858. Auburn’s winning score of 22-under 842 this weekend displays the heightened level of competition in the tournament. The Rams have shown they won’t back down, leveling up with the rest of the field to capture another top five finish at Classic Club.

The Rams will travel to San Diego for the Lamkin Grips San Diego Classic on March 9-10, where they will try to continue the hot streak.