Men’s basketball comes back to steal a win against Pokes 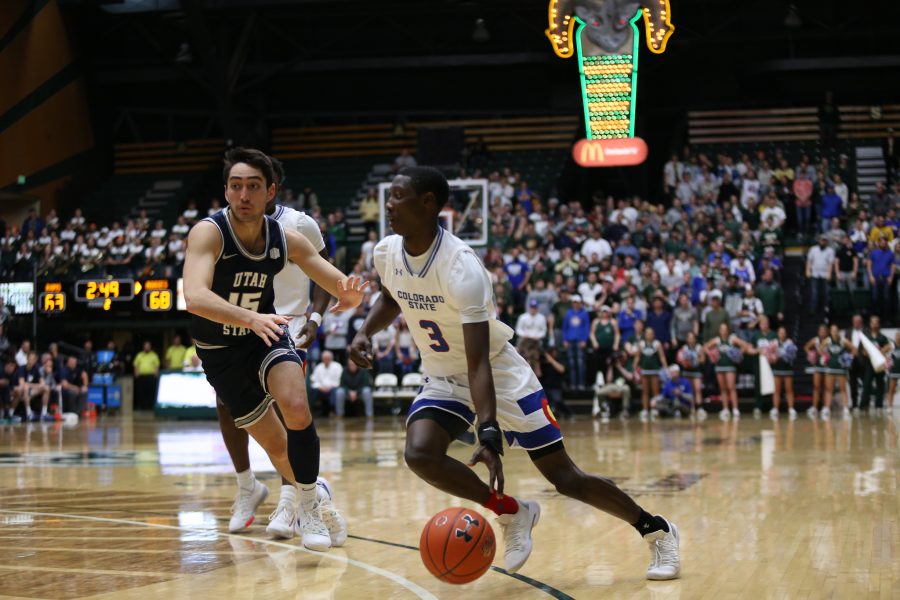 What was originally looking like one the worst losses of the season ended up turning into one of the bigger wins of the year for the Colorado State University men’s basketball team, and it’s a win that can be a momentum boost heading into the final stretch of the regular season.

The Rams traveled to Laramie,Wyoming, on Saturday for a game against the University of Wyoming and left with a 77-70 win over the Cowboys.

For 75% of this game, the Rams looked horrible and were chasing the Cowboys on the scoreboard. CSU’s play was more than underwhelming in the first half compared to what they are accustomed to, especially factoring in that they were playing against a Wyoming team with a 4-12 home record who is last in the Mountain West Conference.

Ultimately it was a very ugly first half, but CSU has been resilient and gritty all year and was able to bounce back in the second half to secure the win.

The comeback effort didn’t get going right away. The Rams missed four 3-pointers in a row to begin the second half and continued to look stagnant on offense. The ball wouldn’t drop, and the flow was anything but smooth. Defensively the Rams allowed way too many open looks, most of which Wyoming capitalized off of. The Rams even trailed by 19 points near the 14 minute mark of the second half before making an incredible run.

Around the nine minute mark in the second half, CSU started to turn things around. Three-pointers from Adam Thistlewood and Kris Martin started the comeback. Kendle Moore added a three of his own to bring the Rams within six points of Wyoming. Moore finished with 12 points on 3-5 shooting from three.

Near the five minute mark is when the game really turned for the Rams. That is when they had their best offensive possession of the game to that point. Thistlewood, Moore and Martin kept swinging the ball to the open man, showing incredible ball movement and unselfishness until Martin finally got a clean shot from the corner. That 3-pointer was the turning point that made everything start to click. After that shot, it seemed as if the Rams were going to make everything.

With 39 seconds left in the game, CSU took the lead. Martin hit yet another corner three, the shot gave CSU the two point lead and Martin followed up by hitting four consecutive free-throws. Martin hasn’t received the attention that the young guys and Nico Carvacho have this season, but he has been an unsung hero for this Rams team and has stepped up in each of their last two contests.

“I believe we ended the game on a 15-0 run, and these guys just made winning plays,” coach Niko Medved said. “That’s what this team has been about all year, and it doesn’t matter how you do it. To find a way to come up here when Wyoming was playing really well and steal a road win like that was just awesome.”

Your new program record holder for assists by a freshman…@IsaiahStevens7 with 122! pic.twitter.com/P1aUfaH7Ql

Isaiah Stevens was CSU’s leading scorer with 14 points, but it was his passing that stole the show. His team-high four assists gave him the record for most assists by a freshman in CSU history with 123.