The nation mourns the loss of an NBA legend: Kobe Bryant 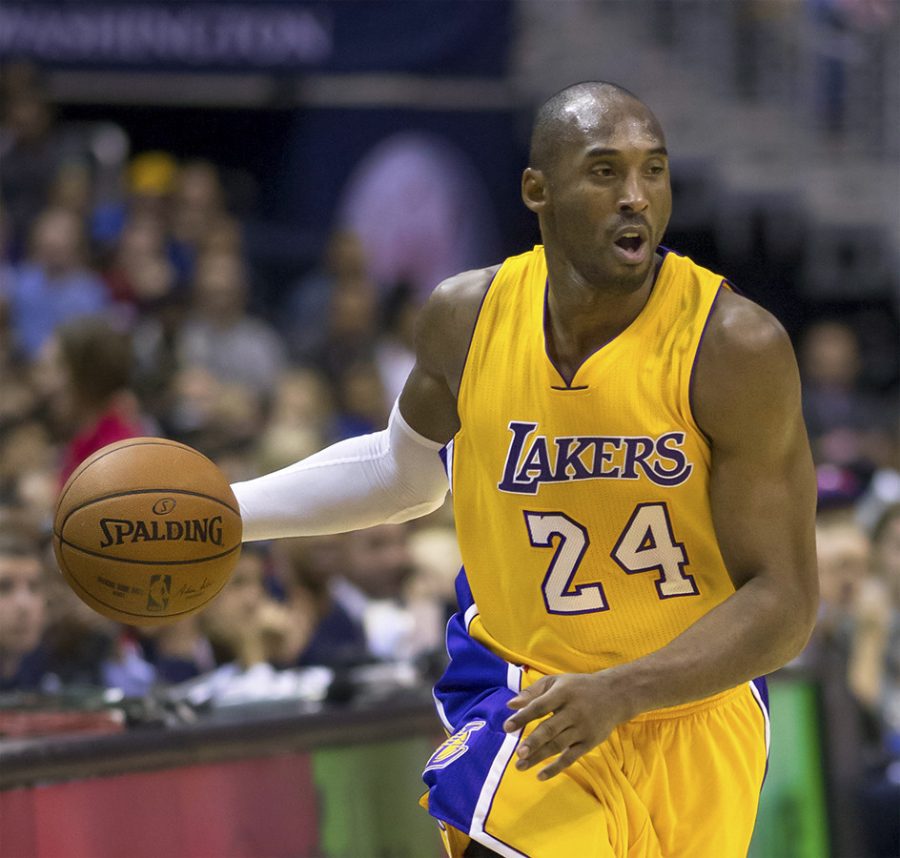 Kobe will undoubtedly be remembered for the dazzling display of skill he showcased on a nightly basis during his 20-year NBA career. As a player, Kobe embodied preparation and a fiercely competitive mindset that became known as the “mamba mentality.” However, to fully understand the legacy of Kobe, one must first understand that Kobe’s impact transcended basketball, leaving a truly unique mark on the world.

Hug someone you love today.

Kobe came into the national spotlight as a 17-year-old phenom who found what would be his forever home the night of the 1996 NBA draft. In what is now viewed as one of the worst draft day decisions in league history, the Charlotte Hornets traded Kobe to the Los Angeles Lakers for center Vlade Divac.

The early stages of Kobe’s career came with growing pains that were to be expected for a teenager fresh out of high school, but what was lacking in the stat sheet never seemed to overshadow the unprecedented level of potential seen in Kobe’s game.

In the early 2000s, Kobe’s previously mentioned limitless potential began to blossom alongside the league’s premier superstar, Shaquille O’Neal. The duo of Shaq and Kobe, orchestrated by the “zen master” Phil Jackson, tore through the league, rattling off three straight NBA championships. However, the seemingly unstoppable machine was beginning to fracture from the inside.

While Kobe and Shaq were a match made in heaven on the court, their relationship off the court was defined by constant turmoil, stemming from the desire to be the alpha dog. It was this said turmoil that allowed the court of public opinion to convict Kobe of being a selfish score-first, pass-second player.

In the mists of the ongoing criticism of Kobe’s basketball persona, Kobe was also plagued by a lot of familial turmoil and personal scandals. That personal turmoil was compounded by a 2004 NBA finals loss to the Detroit Pistons and the exit of Shaq via trade.

That same spring, Jackson was relieved of his coaching duties, leaving the fate of the Lakers franchise solely in the hands of Kobe.

It was in the face of this adversity that Kobe rose from the ashes of the fading dynasty and turned himself into a larger than life character both on and off the court.

Over the next 12 seasons, Kobe won two gold medals, two NBA championships, two finals MVP’s and a league MVP. He also appeared in 12 consecutive all-star games and captured numerous scoring titles, All-NBA honors and first-team all-defense selections. He even scored an unfathomable 81 points against the Toronto Raptors in 2006.

This compilation of basketball brilliance was capped off in true Kobe fashion as he dropped an unforgettable 60 points in his final NBA game, leaving his adoring fans with one final salute: “Mamba out.”

It was these moments that left me and many other NBA fans starry-eyed on the living room floor. As the games would end, each and every one of us would sprint out the door to the driveway and attempt to hit that trademark turn-around jumper.

No matter what team our allegiance was with, we’d all perform this action in the same way; we would close our eyes and envision ourselves on the short corner of the Staples Center floor, doing one pivot followed by a lunge backward, always ending with the confident exclamation of “Kobe!”

In his life after basketball, the world got to meet the sides of Kobe never before seen by the public eye. One of these sides was Kobe the artist, as he captured the hearts of audiences everywhere with his Academy Award-winning short film, “Dear Basketball.”

Kobe illustrated his love-turned-obsession for the game as he thanked basketball for everything it gave him. Sadly, the time has come for the basketball community to return our gratitude to a legend and promise that the contributions Kobe made to the game will never be forgotten. His legacy will live on in every arena, gym floor and driveway.

Perhaps the most prominent side of Kobe was as father and friend. Admiration for Kobe among his peers was unmatched, as nearly all current and former NBA players, including his once scorned teammate Shaq, considered Kobe to be a fierce and loving friend.

Kobe as a father was known best, of course, by his four daughters, who he taught basketball to with his trademark burning passion and gentle hand.

There will never be another Kobe. So in this time of grief and remembrance, think not of his stats or career accolades. Take this time to remember Kobe as a man and his unwavering commitment to excellence driven by obsessive preparation. If we let the mamba mentality live on through all of us, the world will be a better place.