Rams take on the Wolf Pack at Moby Arena on Wednesday 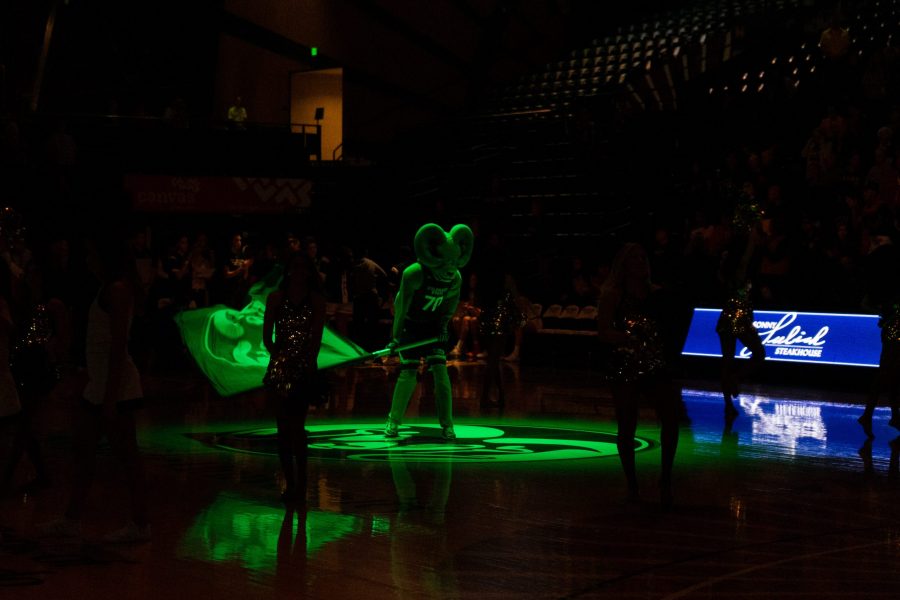 Moby Arena will be rocking with Moby Madness on Wednesday to help lead the Colorado State men’s basketball team to a home court and conference victory against Nevada.

Nevada is coming off a seemingly effortless 96-74 win over the New Mexico Lobos on Saturday, while CSU is coming off a tough 77-61 loss to Utah State. Even though the Rams lost by 16, the game was fairly close until the end.

The Rams started the game against the Aggies similar to a four-day-old soda: flat. Utah State built a 25-11 lead with just under nine minutes in the first half. Then the Rams scrapped back to reduce Utah State’s lead to just 29-28. Almost right away, Utah State extended its lead to 31-28, and both teams went scoreless for the last minute remaining in the first half.

The game was all tied up at 52 when Utah State took control of the game. CSU went scoreless from 12 minutes remaining in the second half to nearly six minutes remaining. During this time, Utah State extended its lead to 63-52. CSU only scored a few more points in the remaining time in the game to lose 77-61.

Adam Thistlewood and Nico Carvacho led the Rams in scoring with 14 points each. Thistlewood scored 12 of his 14 points from behind the arc (4-8) and added two from the charity stripe (2-3). Carvacho played his usual bully ball and dominated in the post. He went 6-12 from the field and 2-3 from the free-throw line.

On Wednesday, the tables will turn. Nevada will be heading into enemy territory, and the Rams will have Moby Madness on their side. The Rams are 8-3 at Moby Arena compared to just 4-4 on the road. On the flip side, the Wolf Pack is 9-2 on their home floor and has an abysmal 1-5 record on the road.

Nevada’s win against New Mexico marked a milestone for coach Steve Alford. It marked his 600th win for his coaching career, putting his overall record at 600-306.

Nevada’s leading scorer, Jalen Harris, is averaging 18.9 points per game on 43% shooting. He is also shooting 83% from the free-throw line. Lindsey Drew is the Wolf Pack’s leading rebounder and passer with 6.2 rebounds per game and 4.4 assists per game.

The Rams are still led in scoring by freshman phenom Isaiah Stevens, who is averaging 13.1 points per game on 47.8% from the field. Stevens also leads the Rams in assists, and there is no close second. He has 95 assists (4.3 per game), and the next closest is Hyron Edwards who has 46 assists (2.1 per game) this season.

CSU has won five out of its last six games, with the loss coming on Saturday. In a five-game win streak, the Rams took down Wyoming, San Jose State, New Mexico, Air Force and Fresno. Nevada has won three out its last five and is currently on a two-game win streak.