Keys for success for CSU volleyball against South Carolina 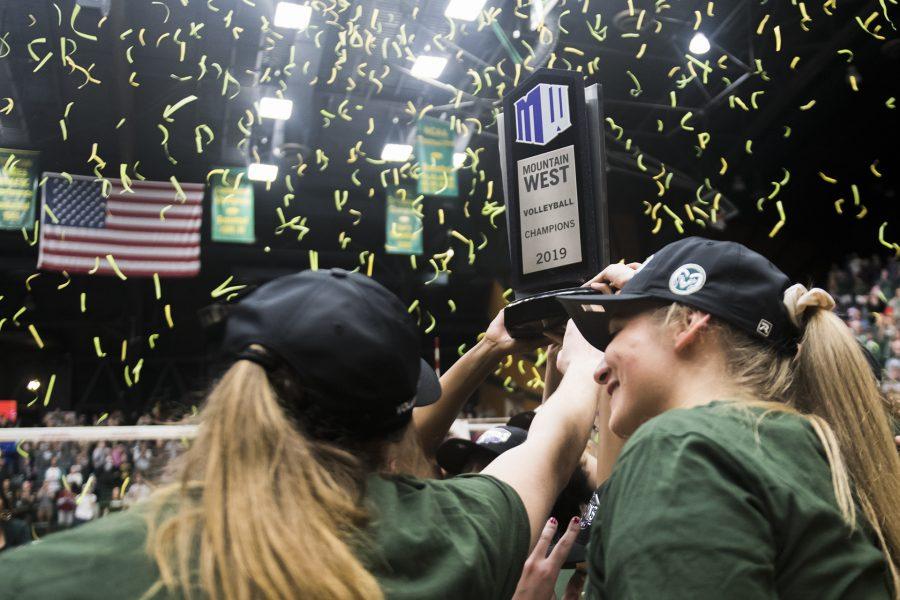 As the weather in Fort Collins has the Rams bundling up in their biggest coats, Colorado State University sports are heating up. CSU volleyball will be traveling to the University of Washington this week for the program’s 25th consecutive NCAA Tournament appearance.

The Rams are coming into the Alaska Airlines Arena ranked No. 10 in the most current AVCA Poll and No. 23 in the Rating Percent Index. Volleyball is one of CSU’s most successful programs, with a strong hold on the Mountain West top spot for decades. However, the Rams have never taken home the national championship trophy. This year, head coach Tom Hilbert and the star-studded CSU volleyball team have everything they need to bring home the chip.

The green and gold will be sharing the court this Friday with the University of South Carolina Gamecocks, who are unranked in the AVCA poll but take No. 43 in the RPI. The Rams are by far the favorites in this first round tournament matchup.

The CSU volleyball team had a record-breaking season, with a 28-game win streak, 19 of those wins being shutouts. Accompanied with the dominance this season, RPI rankings have CSU placed 20 spots higher than South Carolina. CSU volleyball also has an impressive 10-win regular season cushion over the Gamecocks’ 19-11 record. Colorado State has made its name in the national tournament over the past 25 years — South Carolina, not so much, with this year being the team’s second year in the tournament since 2002.

But nothing is for sure in college sports; any college sports fan can remember losing an upset. For CSU to avoid finding themselves on the wrong side of an upset, the team must focus and prepare, even if they are projected to win big.

Based on the Rams’ most recent game against the University of Denver, their stellar season and South Carolina’s past few games, here are the keys for success for CSU volleyball to win their first-round matchup.

The Rams must be able to overcome the physical defensive play from the Gamecocks. South Carolina’s middle blockers are some of the best in the Southeastern Conference this season: the talented duo of Mikayla Robinson and Claire Edwards, who both stand at 6 feet, 2 inches and have incredible athletic ability.

KCSU’s Nick Baker and Sean Garber are in Seattle to call Friday’s game. Tune in at 5:30 p.m. for the pregame show followed by the game at 6 p.m. Tune it at 90.5 FM or online at KCSUFM.com

This season, Robinson edged out her teammate on the stat sheet with 107 recorded blocks to Edwards’ 94. This defensive pairing will cause trouble to CSU’s offense that heavily relies on kills in the middle of the court. The Rams must understand and adapt their offensive strategy to prepare for a bodacious defensive South Carolina team.

CSU’s last matchup of the regular season against the University of Denver displayed another chink in the team’s armor. The Rams had 11 serving errors in their game against DU. This lack of discipline didn’t cost CSU the game, but it will definitely cause Hilbert frustration. The Rams must figure out how to limit these unnecessary errors. The team is no longer in the regular season; every part of their offense must be dialed up to 100.

The most important key to success for CSU to win their tournament opener is to play their style of volleyball. CSU relies on fast transitions to wear down their opponents, forcing them out of position on the court. Katie Oleksak, the Rams’ premier setter, has mastered placing her teammates in the best position to score. Oleksak finished the season with an outrageous 1101 assists — her contribution to the fast-paced nature of CSU volleyball is crucial to the team’s success.

The fast style of play from CSU is in direct contrast to South Carolina. The Gamecocks play a controlled build up, and their offense waits for the perfect opportunity to score with big plays. South Carolina feeds off of the energy of these big plays by getting inside the opposition’s head, causing mental mistakes such as serving errors, which have plagued the Rams in recent games. If the Rams wish to win this game in the dominant fashion predicted, they must control the tempo of the game.