Rams fall sports recap: What you might’ve missed this semester 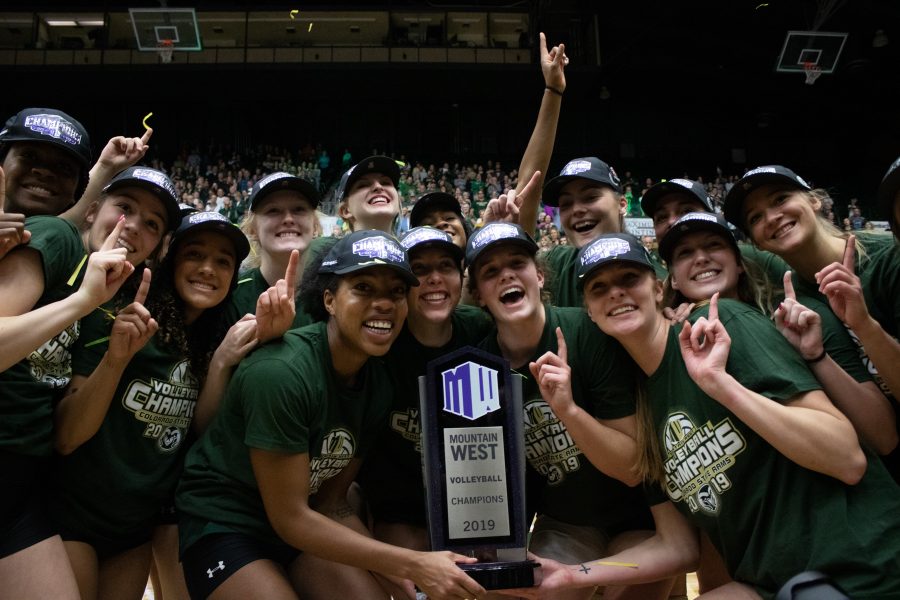 When the summer dwindles and students return to classes, there is a sense of optimism in the air not only for academics, but for Colorado State University athletics. Now, the fall semester approaches its end, and fall sports teams are wrapping up their season. Did some teams fulfill that optimism? Or did some fail?

No matter what Rams sport you prefer to cheer for, even if that is none at all, here’s a recap of what went down for CSU athletics this semester.

Fortunately for the Rams, the men continued their streak of finishing their season in the top three in the Mountain West for nine years straight, and they finished second this year.

After losing six of the 15 members from last year’s squad, the women’s team featured many new faces, but that didn’t stop them from finishing fourth in the Mountain West Cross Country Championships.

Redshirt senior Forrest Barton and redshirt sophomore Lily Tomasula-Martin earned All-Mountain West first-team honors, as they both placed in the top seven at the MW Championships.

Neither the men’s nor women’s team placed high enough in the NCAA cross country regional to advance to the national championships.

Historically the most underrated and dominant program at CSU, the volleyball team showed why they are currently the pride and joy of campus. This season, the Rams took their achievements to new heights as they won a program-record 28-straight matches and reached a national ranking of No. 11 overall.

Led by a group of five seniors, the Rams finished the regular season 29-1 overall, clinched their 21st Mountain West title in program history and made their 25th consecutive NCAA Tournament appearance.

Despite their success, CSU fell to the University of South Carolina in the first round of the NCAA tournament in a five-set barn burner. Senior Katie Oleksak was rewarded her third-straight MW Player of the Year award, and head coach Tom Hilbert was named MW Coach of the Year for the 12th time.

If you didn’t know before, you now know that CSU has a men’s golf team, and they’re really good. The Rams are currently ranked No. 5 in Division I and will resume their season in late February 2020.

In their final action of the year, CSU walked away with a first-place finish at the Saint Mary’s Invitational, led by Davis Bryant and Parathakorn Suyasri, who both finished tied for third place.

Probably the biggest surprise from this season was the historic season for CSU women’s soccer. The Rams finished their season 12-5-3, which doubled their previous program-best finish.

For the first time, the Rams’ season ended at a conference tournament. In the final game of the season, the Rams fought to the very end against Fresno State before falling in penalty kicks.

“There were a lot of positives to build on, not only in this game, but throughout the season to carry over into next season,” CSU head coach Bill Hempen said to CSU athletics following the loss.

A season full of minimal expectations ended with the Rams improving from last year’s 3-9 campaign by a single victory.

The Rams looked like a promising team to start the season against the University of Colorado, but three months later, the team ended their 2019 season in front of 12,000 fans in Canvas Stadium.

Despite the record, four Rams earned first-team All-Mountain West honors. Warren Jackson and Trey McBride made highlight catches all season and were easy picks for the all-conference team. Senior safety Jamal Hicks is the lone defensive player on the team, and punter Ryan Stonehouse earned the honor for the second consecutive year.

Down an injured starting quarterback, star running back and a head coach, the Rams will turn their attention to 2020. After five years of being average to below average, the Rams will task newly-hired head coach Steve Addazio with bringing the program back to relevancy, which is no easy task.