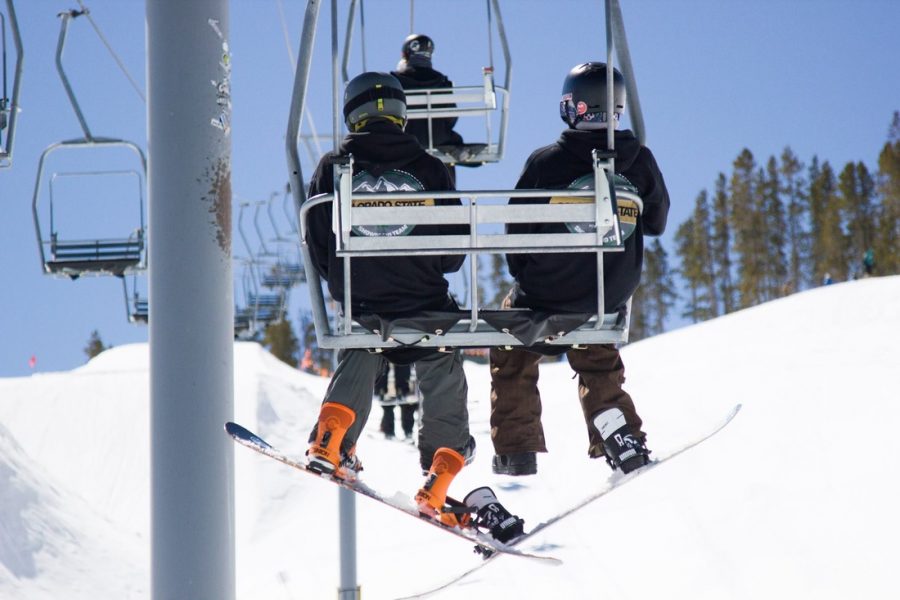 As temperatures drop in Northern Colorado, the Colorado State University snowboard team is ramping up for the winter season. Since its humble beginnings, the team has gone from eight to over 50 members over only 15 years.

Although the team officers change yearly, the team’s primary focus has always been the same: foster a welcoming community for snowboarders who attend CSU. Rather than training for competitions, practices are offered to allow riders to achieve their personal goals.

“When we’re considering terrain park aspects of it, we have such a wide range of how people are in the park,” CSU snowboard team Officer Lexi Thomas said. “We have people that can throw ridiculous pro-style tricks, and we have riders that are just learning how to get into it.”

With a sport as expensive as snowboarding, one might ask how the team is funded. Team activities, including weekly practices, team trips and social events, are funded by team dues. After joining the team, each member must pay a due of $300 their first year and a reduced price every year after.

Additionally, most members buy an Ikon Pass, which includes access to the three practice locations: Copper, Eldora and Winter Park.

Every year, the team officers organize at least one big snowboarding trip. This year, the team is organizing a trip to Steamboat over winter break and to Revelstoke Mountain Resort in Canada over spring break; both locations are included in the Ikon Pass.

“Funding for the trips is basically just based on team dues,” Thompson said. “For example, our winter break trip to Steamboat, we’re only charging our members $150. That includes a week of lodging and food at Steamboat, which is a very nice price.”

Along with access to discounted trips, officers expressed that joining the team has improved their riding abilities.

Skillful members, however, are not the only ones pushing the limits of the team. During practice, the team splits itself into three skill-based groups. Each group is designated a professional level coach: head coach Ian Smith, coach Nate Cordero or a third rotating guest coach.

“Coaches are really good about doing one-on-one time,” Watkins said. “If one person wants some one-on-one time, they’ll ride with them the whole day, if that’s what they want.”

Zach Thompson, who moved from St. Louis, Missouri, to Fort Collins to snowboard, expressed that he appreciates “just being able to ride with the coaches and talk to them about whatever,” whether it’s about snowboarding or asking them for advice.

Although all the coaches are capable of working with any skill level, head coach Ian Smith, who’s been leading the team since 2008, typically focuses on the beginner group to make sure those who are new to the team feel included and are allowed to progress into the higher groups.

Coach Nate Cordero, who met Smith working as a professional snowboarder for common sponsor CandyGrind, tends to focus on the intermediate group.

“I always say, you know, you, your snowboard and the mountain are like the Jedi, the lightsaber and the force,” Smith said. “You have to choose your line. And that’s what snowboarding is. So, if your line is not to be the gnarliest snowboarder, then don’t. As long as you’re having fun.”

This season, the third coach has ranged from a CSU graduate student to a professional rider. Depending on the practice location and the background of the guest coach, they tend to focus on the advanced group or help out with the beginners.

When Watkins and Thomas were asked what their favorite part of being on the team is, the two responded in unison: “We’re a family.” ­­­­­­­­

Anna von Pechmann can be reached at  sports@collegian.com or on Twitter @PechmannVon.