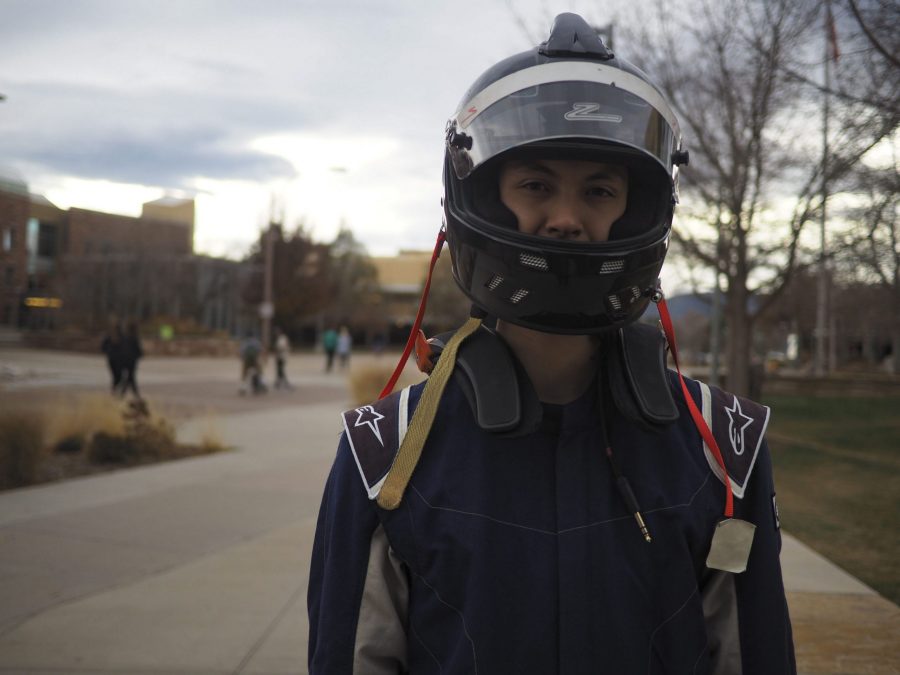 At age 17, Knee, an avid racing fan, and his father started a project in their basement fueled by Knee’s love for both science and motorsports. Knee said the project was by no means your run-of-the-mill pinewood derby father-son experience. This project was on a whole other level.

In just 18 months, Knee and his father were able to construct a motion seat simulator that functions together with iRacing simulation software. Or in layman’s terms, it’s a racing simulator that not only produced seat jerks and motions similar to an actual race car, but also created a visual racing experience through the power of VR.

When asked what his favorite part of building the simulator was, Knee said, “the trial and error of developing the simulator with my dad. Discovering the flaws and success with each prototype and how to improve each design was a good learning experience.”

Upon finishing the simulator, Knee used it to hone his racing skills by racing against other online racers while also spending countless hours driving the virtual tracks on his own. Less than two years since the completion of the simulation, the Knee family started to notice just how talented Knee is when it comes to racing.

The next step was to take Knee out to an actual track and see if the talent from the simulator transferred over. Not surprisingly, Knee turned out to be a natural, and in 2018, he joined the Mod-Coupes professional racing division.

In his first year of racing, Knee performed extremely well for his experience level, finishing in the middle of the pack for most races with his best finish being third place. At the end of the season, Knee was awarded the 2018 Rookie of the Year in the Mod-Coupes.

In 2019, Knee moved up to the Super Late Model division at Colorado National Speedway. During the 12-race season, Knee won two races. Upon completing the season, Knee was the runner up for Rookie of the Year for 2019 in the NASCAR National SLM.

“I am both proud and fearful at the same time, making the emotions difficult to process, mainly since I cannot relate to his skill and talent in the race car,” Knee’s father said when asked how proud he is of his son’s incredible start to his racing career.

While it is clear that Knee has a unique talent for racing, he was quick to remind me that engineering is his ultimate passion, and he hopes that the courses he is currently enrolled in at CSU will help propel him into a successful career in the technology field, just like his father.

Ethan Lee can be reached at sports@collegian.com