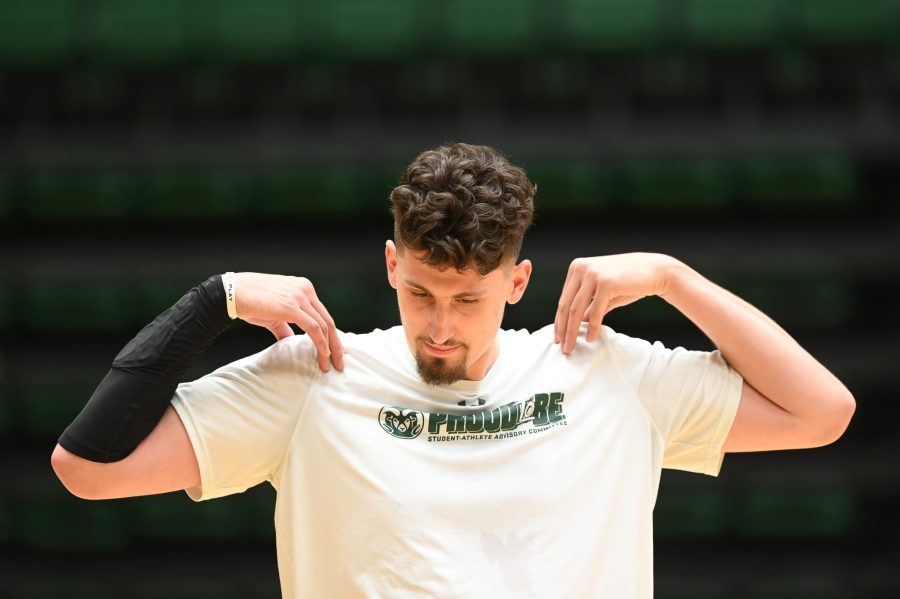 Bailey: Overall, I like the direction this program is going in. They can leave non-conference play with a really good record if they continue on the path they have been playing on. I can see this team potentially getting double-digit wins before conference play starts. The Rams are by no means without flaws. They have dominated lower competition but were obviously blown out by Duke. The shooting has been streaky, and they need to get better at finishing around the rim. The talent is clearly there, and the Rams are a much-improved program since last year.

Tyler: Through the first four games, the Rams are already showing the potential of a solid season. The young core is mixing well with the veterans, and their enthusiasm on the court shows great chemistry. Of course, chemistry can always be improved. Most notably, the Rams will need to start shooting more consistently to keep their winning ways. The previous predictions were pretty spot on. The overall predictions for non-conference play are looking more likely now that the Rams have shown their capability.

Nov. 5 vs. University of Denver

Tyler: This matchup went as predicted for the Rams. They were able to win this with one without much effort. The Rams shot 46% from the field and 30.4% from three. While they did not shoot well, it was the first glimpse of the young Rams, and they did not disappoint.

Bailey: This was a solid but not great win for Colorado State. They won big as I expected, but it wasn’t the prettiest game I have ever seen. I expected the game to be more of a blowout than it was, due strictly to the opponent they were facing. The struggles can perhaps be attributed to early-season jitters. This was, in fact, the first game of the season for a completely new team that has never played together. The team had too many turnovers, with 14, and they didn’t shoot great. However, the team still won by a margin big enough to give them confidence going forward, and we got to see the first glimpse of improved sophomore forward Adam Thistlewood. Thistlewood had 15 points and nine rebounds.

Tyler: We all know how this game went. Unlike the outmode, the game provided a great experience for CSU. It allowed the Rams to experience a ridiculously loud arena and will serve the Rams well in future close games and rivalries.

Bailey: Everyone knew this was going to be a tough game to grab. Even though the Rams lost by over 30 points, there was still a lot of positives to bring out from the game. Playing in an atmosphere like that and experiencing the brand of ball Duke plays can perhaps be something CSU tries to emulate and learn from. The Rams actually didn’t play all that bad in the first half either, showing they can stick with prestigious teams like Duke if they play their best brand of basketball.

Tyler: The Rams dominated Omaha on both ends of the floor. They only allowed 65 points on 35.4% shooting from the field. CSU improved its shooting to 47.5% from the field and 45.5% from behind the arc. The Rams simply dominated this game.

Bailey: I was wrong on the result of this prediction but right on a few of the things that happened within the game. I thought that coming off a blowout loss to Duke could spell early-game trouble for the Rams. CSU got down 3-10 early but was able to bounce back and secure a double-digit win. CSU’s shooting slumps ended this game, as multiple players connected on multiple attempts from deep, including Thistlewood, who had five threes.

Tyler: The Rams kept the momentum rolling against Loyola Marymount. They were down 28-35 at halftime but outscored LMU 46-29 in the second half to win the game 74-64. Freshman guard Isaiah Stevens is proving he deserves the starting job, as he led the Rams offensively, scoring 21 points on 5-8 from the field, 2-4 from three and 9-10 from the charity stripe.

Bailey: CSU is now 3-1 in the season, with their only loss coming to Duke. This is better than most people may have predicted and better than what CSU has been doing in recent seasons. CSU is definitely on the come up, and they highlighted that in another double-digit win against LMU. All of the Rams’ wins have been double-digit wins, and although they haven’t been against the best talent in the nation, CSU has come out of every win looking pretty dominant.

Tyler: Previously stated, Arkansas State struggled on the road. The Red Wolves are currently 3-1, and each win has come with a large margin of victory. The one loss, to no surprise, was when Arkansas State traveled to Ole Miss (71-43). If CSU was on the road in this matchup, it would be a different story. Since the Red Wolves continuously struggle on the road, it looks good for CSU. With the Rams rolling and confidence soaring, they will come out of this matchup victorious.

Bailey: The Rams are on a roll, and I foresee that continuing against Arkansas State. My expectations of this team have only improved after four games. Arkansas State actually only has one loss so far, but that was against the only real competition they faced in Ole Miss, and the Red Wolves lost that one by 28 points.

Tyler: The Rams will head to the Cayman Islands to play in a competitive tournament. Their first matchup will be against the New Mexico State Aggies. The Aggies are a very good team who were two points away from advancing to the second round of the NCAA tournament last year (78-77 against Auburn). The Rams will be able to keep their composure against the Aggies thanks to the experience from Duke. Still, CSU will struggle against this very good New Mexico State team.

Bailey: This is the biggest test to date for CSU. It is their first winnable game against a big-name school. The result of this game can be very telling for how the rest of the season will go because the teams CSU beat so far were all games they should have easily won. I originally predicted a loss against New Mexico State, but I now believe the Rams will make a statement and win in the Grand Caymans.

Tyler: Loyola Chicago currently sits at 2-2 and has only played one game decided by less than 10 points (a loss to Coppin State 76-72). After the probable loss to New Mexico State, the Rams will want to prove themselves in this star-studded tournament. CSU is playing solid basketball and can win this game if they play how they have been playing. If CSU takes on South Florida, the Rams might be able to steal a win. South Florida is 1-2 and averaging 61 points a game. USF is shooting 36.7% from the field and 25.4% from three. If the Rams perform similar to the Omaha game, they can surprise the fans at the Cayman Islands.

Bailey: Back-to-back wins in the Grand Caymans would be very impressive, and I think the Rams will pull it off. Both Loyola Chicago and South Florida have been up and down this year, with some blowout wins and blowout losses. The Rams, who have been steadily improving, can make a name for themselves with what would be their fifth win in a row according to my predictions.