Volleyball back on the road for Mountain West games 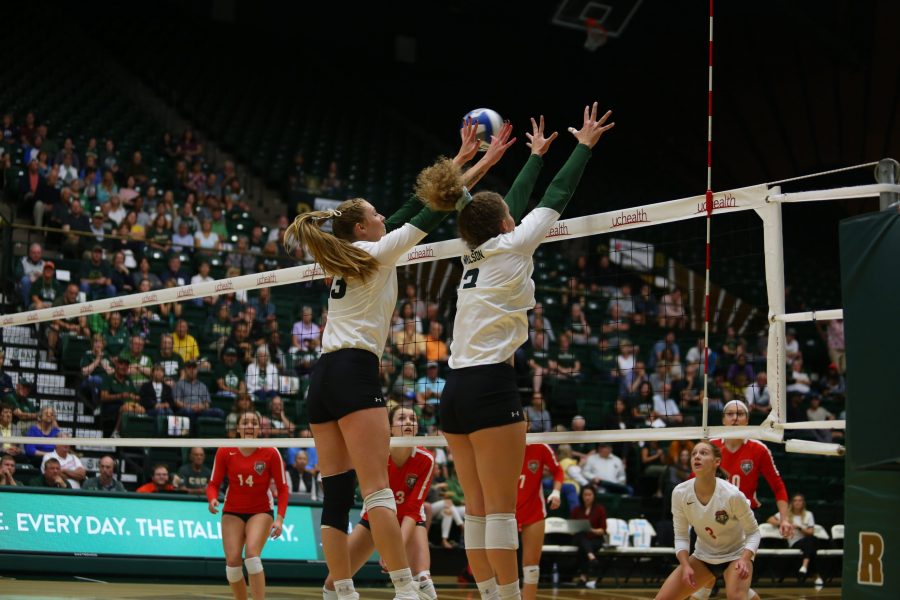 After back-to-back wins last week, the Colorado State volleyball team continues to demonstrate why they’re the team to beat in the Mountain West conference. The Rams will be on the road this week for conference games against Boise State and Utah State, and they have no plans to give up the top spot in the conference.

CSU swept Fresno State and San Diego State in Moby Arena. These last two wins helped them moved up to No. 14 for nationally ranked teams. The Rams hold a 15-match winning streak, with 11 of their 15 victories coming from sweeps. Their winning streak is the second-longest in the nation, behind Western Kentucky.

As they continue in their conference schedule, CSU will play Boise State on Thursday at 7 p.m. The Broncos’ overall record is 12-5, and they are 4-2 in conference play.

The leaders from the Broncos are Allison Casillas, Danielle Boss, Jessica Donahue and Janell Walley. Casillas is a freshman and a libero for the team. Rams need to watch out on how they serve and go for kills because Casillas will dig anything that comes her way. She recorded a career-high of 23 digs against the University of Nevada, Las Vegas Rebels in the Broncos’ last match.

Boss is the setter for Boise State. She is a sophomore, so it may seem like she is new to the game, but don’t let that fool you. In the game against UNLV, she had 59 assists. Katie Oleksak and the rest of the Rams need to keep an eye out on how Boss is going to run her team’s offense this Thursday.

One middle blocker that CSU should watch out for is Donahue. The 6-foot-3-inch sophomore is coming off a .45 hitting percentage with 10 kills in the game against UNLV. CSU needs to pay attention to when the Broncos are going to go up for a kill and be ready to block it.

Last but not least, Walley. She is going to be very challenging for the Rams. Walley is an outside hitter and a senior for the Broncos. Walley recorded her eighth double-double of the season on a team-high 21 kills and 13 digs against UNLV. The Rams defense needs to be fast. They can’t hesitate at all.

CSU is a well-rounded team, and Oleksak doesn’t have to rely on one hitter to get the job done.

“It is so lovely to have a well-rounded team in the front row because we don’t have to rely on one hitter,” Oleksak said. “It does make the (setter’s) job more comfortable when all your hitters are equally capable of getting a kill.”

The Rams need to make sure they play at a high level and don’t make so many errors.

Breana Runnels talks about how her team works hard and tries not to make simple errors.

The Rams will be back at Moby Arena to continue the Mountain West against San Jose State on Oct. 24.

Angel Cooper can be reached at sports@collegian.com or on Twitter @angelcooper5.