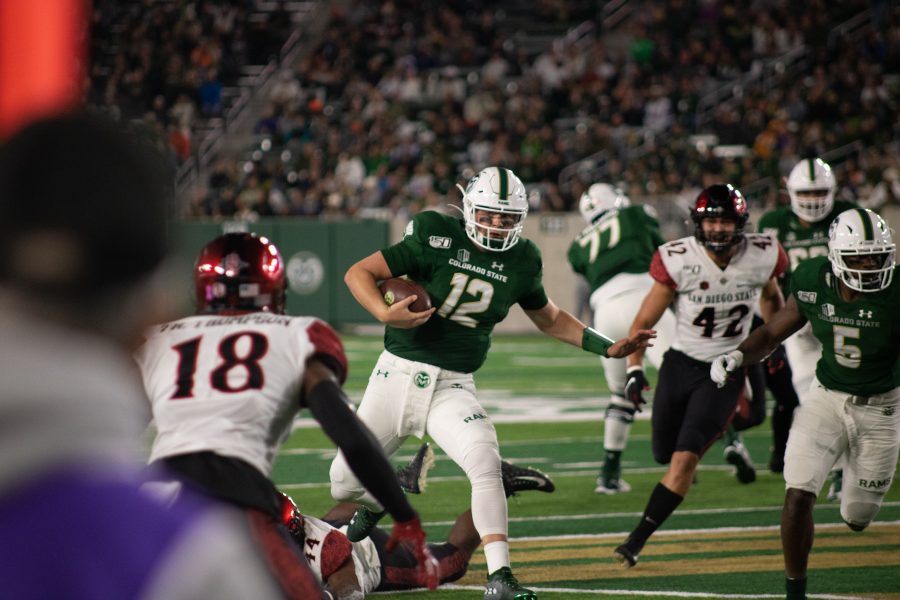 The 2019 season hasn’t been friendly to the Colorado State football team. They’ve dealt with injuries, tough breaks and self-inflicted wounds all season long. Through all of the ups and downs, the Rams refused to quit and took adversity head on.

Heading into Saturday’s contest against Fresno State, the Rams were looked at as underdogs and rightfully so. The Rams’ play has been shaky all season, and they came into Saturday’s game without star running back Marvin Kinsey Jr. who is serving a suspension from the team.

Instead of giving up, the Rams went out and handled their business and took it to the Bulldogs. This is the third win of the season for CSU and their second victory in a row. This team shows flashes of great football in and out of ball games; however, they need to strive for consistency. Saturday’s matchup was very telling and showed the Rams a few things about themselves. Here are three takeaways from Saturday’s game and how they’ll impact the Rams moving forward.

This team refuses to quit

The Rams have seen almost every scenario that the game can throw at them, and they refuse to give up. Whether that’s injuries, bad play, poor officiating, etc., they continue to put their heads down and go to work. This tells a lot about the players and leadership that they have on the team.

The Rams have been competitive in every game that they’ve played; the competition level has been present in every contest.

Turnovers cost them against the University of Colorado Boulder and the University of Arkansas, yet the Rams were tied with both teams in the second half of the game. The effort from the Rams has never been a question, even though their overall record might tell you otherwise.

“Next man up” mentality is real with this team

The Rams have faced injuries and other circumstances that keep players from being able to perform. Rather than making excuses, players have stepped up and made the most out of their opportunity.

A great example of this is running back Marcus McElroy. McElroy got an opportunity to take over the lead back role with Kinsey being suspended, and he made the most of it by rushing for 117 yards and two touchdowns. This is the second time this season McElroy has had a chance to take over the starting role as the team’s premier back. This time, he proved to the coaches and his teammates that he can step up and help his team win.

There are still playmakers all around the field

Losing Collin Hill to injury earlier this season and now Kinsey to suspension is a tough pill to swallow. Players have stepped up and proved that there are still playmakers at the skill positions.

Receivers Dante Wright and Warren Jackson, and now running back McElroy, are the focal points of the offense. All three of these players are capable of changing games at any moment. If the Rams can consistently get these players the ball, they have a great chance of being successful on offense.

For the backfield, the depth tails off after McElroy, as freshmen Jaylen Thomas and Christian Hunter are the next in line. The Rams have incorporated freshman Wright into the run game at times throughout the season as well as receiver E.J. Scott. Utilizing their weapons on offense will be critical for the Rams to climb back to a .500 record. The Rams look to keep their win streak alive on Saturday as they host UNLV at 1:30 p.m.