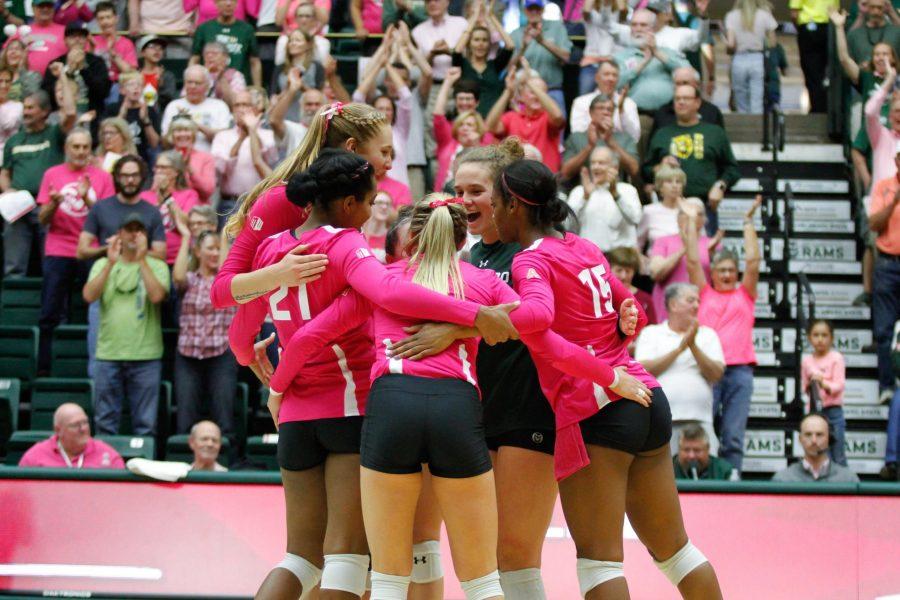 Moby Arena will be pretty in pink Thursday night as the Rams return home to battle the Fresno State Bulldogs at 7 p.m. in their annual Pink Out game. The Rams will host the Bulldogs in the Pink Out for the second straight year.

Last weekend, the Rams kept their winning streak alive with a 3-1 win over the Air Force Academy on Saturday afternoon. The first set was close. The Air Force attack kept getting kills on the Rams and eventually won the set 28-26. However, the Rams rebounded in the following sets, winning 25-8, 25-13, 28-21, and they took care of business with another win.

During the match, Kirstie Hillyer recorded her 500th career block. Hillyer is now the fifth player in CSU history to reach that mark, and she finished with 13 kills while hitting .276% in the win.

The latest win moved the Rams up in the national rankings to No. 15 ahead of their date with the Bulldogs. Playing against Fresno State will present some challenges for the Rams. As of right now, the Bulldogs are 4-1 in conference play, while CSU is 4-0. The Bulldogs’ offense and defense are solid, making them a well-rounded team. They will be coming to Moby this Thursday to try to kill the Rams’ winning streak.

Some players that the Rams should watch out for are outside hitter Desiree Sukhov and defensive specialist Reagan Leonard. Sukhov’s hitting percentage is .217 this season, and she has hit above .250 in three of her last five matches. She gets most of the points for the Bulldogs’ attack.

Leonard gets most of the digs for the team. The last game the Bulldogs played was against the University of Nevada, Las Vegas, and Leonard notched 30 digs in the match.

On the other side of the court, CSU needs to make sure their offense and defense are on point. They need to keep a lookout for open areas to get easy points, and they need to cover each other’s backs when the Bulldogs send an attack over.

“We are working on what we have to work on,” outside hitter Jessica Jackson said. “So blocking, serve to receive and just being able to track the balls and attack at high points. Right now, we are working on us.”

Angel Cooper can be reached at sports@collegian.com or via Twitter @angelcooper05.