Former CSU Football Players get opportunities in the XFL 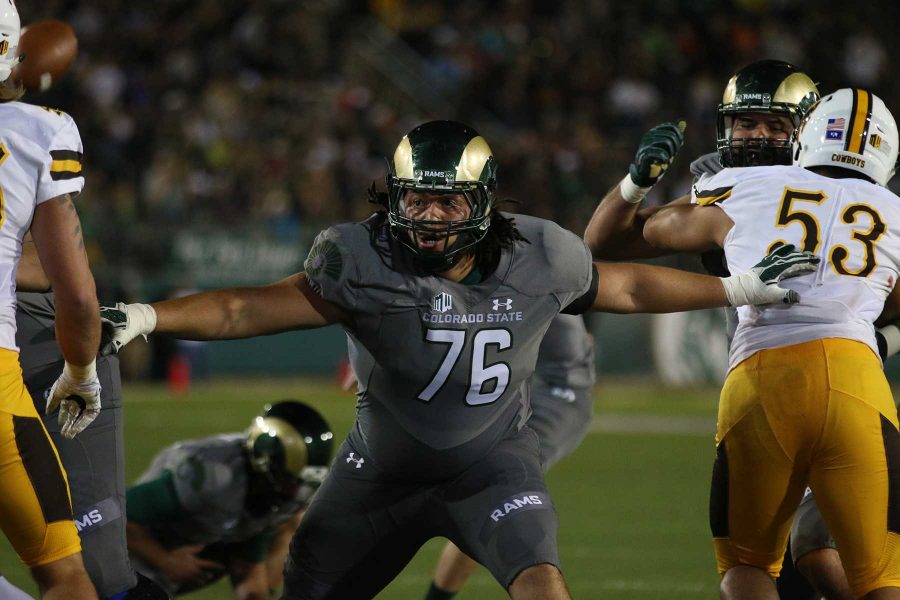 The XFL is owned by World Wrestling Entertainment majority owner, chairman and CEO Vince McMahon. The football league is returning after a failed one-year stint in 2001.

The eight-team league had its draft on Oct. 15-16. The draft took form in five phases based on position groups.

Golditch, an offensive guard, went undrafted in the 2018 NFL draft but spent time on the offseason roster for the Los Angeles Chargers. He then bounced around on the practice squads of the 49ers and Colts before making his NFL debut on the Cardinals. He got one more NFL chance with the Chiefs but was waived in late August as part of the team’s final roster cuts. Golditch is now a member of the Tampa Bay Vipers of the XFL where he was drafted in the fifth phase.

Golditch attended Gateway High School in Aurora before becoming a standout at CSU.

Moxley was a four year player at CSU from 2013-2017. Another offensive lineman, Moxley will be playing for the DC Defenders. The 330-pounder is another Colorado native. He played high school ball at Roaring Fork High School. Moxley played for the Atlanta Legends of the Alliance of American Football before the league shut down.

Callender will be playing for the Houston Roughnecks. The offensive lineman spent time with the NFL’s Seahawks and Colts. Callender is huge at 6 feet, 6 inches and 330 pounds. From Hayward, Calif. Callender was an all-Mountain West honorable mention during his tenure as a CSU Ram. Former CSU quarterback K.J. Carta-Samuels and offensive lineman T.J. Roundtree were also in the draft pool but did not land on teams.

The XFL obviously won’t compete with the National Football League, but it hopes to be popular and successful enough to outlast the Alliance of American football that failed less than a year after its debut. Former Rams have found success this season in the NFL and time will tell if these men can make names for themselves in the XFL.