See how Rams performed in the NFL after week one 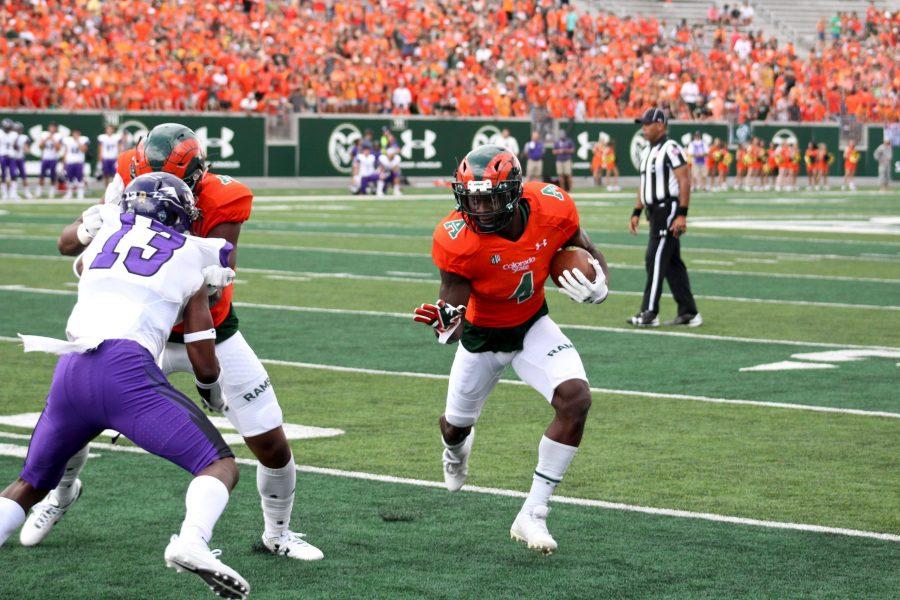 Colorado State might not be Alabama or Clemson when it comes to producing NFL talent, but a string of somewhat productive seasons over the last few years has led to an influx of Ram talent in the NFL. The Rams have nine alumni currently on active NFL rosters. Let’s take a look at how the former Rams did in week one of the NFL season.

The 2017-18 graduate is one of the most successful players in CSU history, as well as an all-time great Mountain West player. Michael Gallup, a junior college transfer, had numerous accomplishments in his two year CSU career. Gallup set the single-season receptions record (100), and in his senior year, he was a finalist for the Fred Biletnikoff award: given to the nation’s top receiver.

Gallup is also second in school history in single-season touchdowns, from when he caught 14 his junior year. Gallup went on to be a high draft selection as the Dallas Cowboys’ third-round pick in 2018. Gallup has solidified himself as a starter in year two and started the season hot in week one of the NFL. Gallup led the team in week one receptions (seven) and yards (158) in a very successful start to the year.

Rashard Higgins is another product of CSU’s receiving corps. The four year veteran has had a solid career with the Cleveland Browns thus far and is gaining a wealth of knowledge as the Browns’ number three receiver this year. Higgins had two catches for 48 yards in week one of the 2019-20 season. Last year, Higgins hauled in 39 receptions for 572 yards and two touchdowns.

Ahead of “Hollywood” Higgins on the depth chart are superstars Odell Beckham Jr. and Jarvis Landry. Achieving tons of production may be hard this year behind two of the league’s best receivers, but the experience he will gain this year will be extremely important moving forward.

A Colorado native from Bear Creek High School in Littleton, Olabisi Johnson was a seventh-round selection for the Minnesota Vikings. As a late-round selection, with players like Stefon Diggs and Adam Thielen ahead of him on the depth chart, the road to making the team would be an uphill battle for Johnson.

The former Ram, known for his 265 yard game against Idaho last year (a CSU single-game record), did make the Vikings squad and was even chosen over former first-round receiver Laquon Treadwell. Surpassing first-round picks is never easy, and Johnson hopes to have a solid year for the title-contending Vikings.

The other rookie receiver from CSU is Preston Williams. The Miami Dolphins may have gotten blown out, but Williams secured his first professional touchdown in his first career game. The undrafted receiver scored his team’s lone touchdown Sunday, in addition to racking up three receptions for 24 yards.

Williams’ highlight reel touchdown grab came as a toe tipper in the back of the endzone after dropping his defender to the ground on an incredible run.

A hometown favorite, Shaquil Barrett is one of two former Rams who already have a championship ring under their belt. The edge rusher was a member of the memorable 2015 Broncos defense that brought Denver its third championship ring.

Barrett is spending his first year not wearing orange and blue, as he signed a one year contract as a free agent with the Tampa Bay Buccaneers. Barrett has spent years learning under legends like DeMarcus Ware and Von Miller, and he hopes to create a name for himself in Tampa Bay.

Weston Richburg is perhaps the most proven NFL player out of Fort Collins. The center is playing his sixth season and second with the 49ers. Last year, San Francisco inked him to a massive five year, $47.5 million contract.

Richburg proved himself as one of the best centers in the league as a member of the New York Giants, but after an injury-riddled first year in San Francisco, the 49ers expect Richburg to return to Pro Bowl form.

Another former CSU alumnus who contributed to the Broncos, Super Bowl 50 champion Ty Sambrailo is now a member of the Atlanta Falcons. Under the Broncos, Sambrailo was restricted to right tackle, but the Falcons have embraced his versatility. Sambrailo has gotten reps at tackle and guard and was even given a look at as a center.

A second-year long snapper, Trent Sieg joined the Oakland Raiders last year after being cut by his original team, the Baltimore Ravens. Sieg is a unique case as a former Ram, as each team only carries one long snapper, so the road to making it professionally playing his position is tough. Sieg has found his niche with the Raiders and appears to be their potential long term answer as long snapper. The Raiders beat his hometown team, the Denver Broncos, 24-16 on Monday.

Former Ram fan-favorite Dalyn Dawkins also has found a solid role in the NFL. The fiery running back known for his motor and passion is currently playing for the Tennessee Titans. The nephew of recently inducted Hall of Famer Brian Dawkins, the 5-foot-7-inch Dalyn Dawkins has always been passed over because of his size and remembered because of his uncle. Dalyn Dawkins brings unmatched work ethic, desire and talent, and he hopes to break into the running back rotation for the Titans that features Derrick Henry and Dion Lewis.

Bailey Bassett can be reached at sports@collegian.com or on Twitter @Baileybassett_.