Must see games at Canvas Stadium for 2019-20 football season 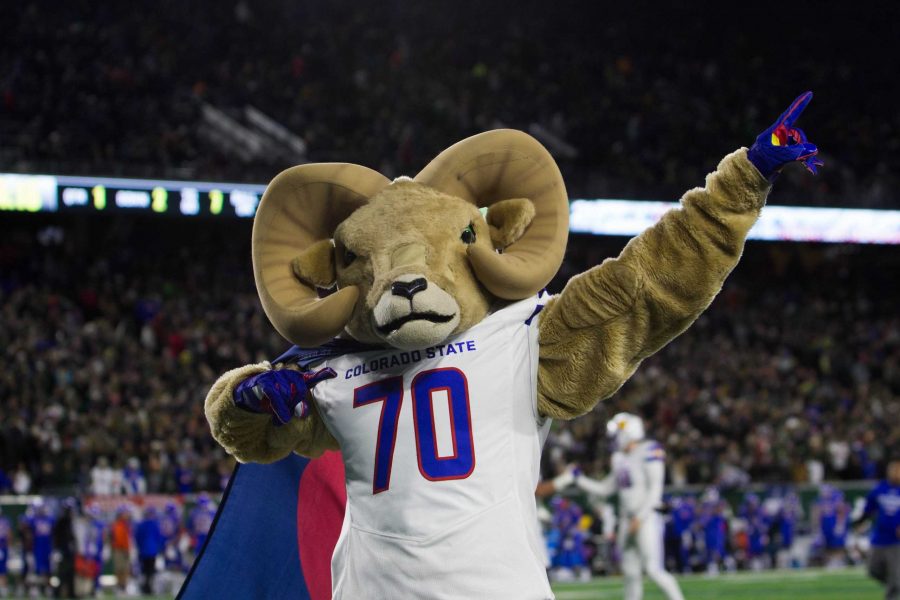 Cam the Ram shows off the State Pride gear at the beginning of the game against Boise State on Saturday, Nov. 11, 2017. (Ashley Potts | Collegian)

This is the first edition of our must see games for Colorado State University’s Athletics department, with a focus on the football team. Although the Rocky Mountain Showdown didn’t go CSU’s way, there are still plenty of games that fans should make the trek to Canvas Stadium for.

Vs. University of Toledo on Sept. 21

The Rams will play host to the Rockets in their fourth game of the season. This game will serve as an Orange Out game for the Rams. CSU will return to Fort Collins after traveling to the University of Arkansas to take on the Razorbacks in Fayetteville, Arkansas, in week three.

Toledo, a member of the Mid-American Conference, is coming off a 7-6 season finishing tied for second in the MAC West. Similar to the Rams in week one of the season, Toledo suffered a second-half collapse in a 38-24 road loss to the University of Kentucky. The Rockets’ offense looked strong in the first half, moving the ball downfield at will.

CSU should be the favorite heading into this game, but Toledo Head Coach Jason Candle will have the Rockets ready to play as they have a bye week this week and will host Murray State before traveling to Fort Collins.

If week one for the Aztecs was any indication of how their team is doing, then homecoming week will end with a Rams victory. The San Diego State University team started last season strong, roaring out of the gate to a 6-1 record before losing four of their last five regular-season games, coupled with a blowout loss to Ohio in their bowl game.

Collin Hill and the Rams offense should be able to let it fly on the Aztec defense as their secondary lacks constancy.

However, the San Diego D-line is the strongest piece of the defense and has been stingy when it comes to allowing rushing yards. If the Rams can establish the run game, then they’ll have a great chance to put up points on the board and get ahead early.

Vs. University of Nevada, Las Vegas on Nov. 2

The all important State Pride game will be played against the Rebels, and yes, those beautiful Colorado themed uniforms will be back.

Entering this season, Rebels Coach Tony Sanchez, similar to CSU Head Coach Mike Bobo, was expected to elevate the University of Nevada, Las Vegas’ program in 2018. Nevertheless, the team sunk to a 4-8 record overall and a 2-6 conference record.

Both Bobo and Sanchez are expected to get wins this season as pressure mounts from underwhelming 2018 seasons. UNLV possesses a solid front on both the defensive and offensive line and will have junior signal-caller Armani Rogers back healthy.

Rogers is one of the most electric rushing QBs in college football. UNLV has big holes at the receiver position. If the Rams can limit the run game and get a strong showing from their secondary, CSU should be able to outscore the Rebels.

The game against the Broncos will serve as family day for the last game of the season. The Rams have never beat Boise State, going 0-8 all time.

The powerhouse of the Mountain West entered this season without a clear number one quarterback. The Broncos marched into Doak Campbell Stadium in Tallahassee, Florida, and beat Florida State 36-31.

Boise returned all five starters on their O-line. The CSU defense will have to get to the quarterback early and often.

The closest CSU has come to beating Boise was in 2017 when CSU suffered a heartbreaking 59-52 overtime loss. CSU led Boise 17-35 going into halftime, only to collapse in the last half.

For the Rams and Bobo, regardless of how the season goes, winning this game would be a huge accomplishment for the program.