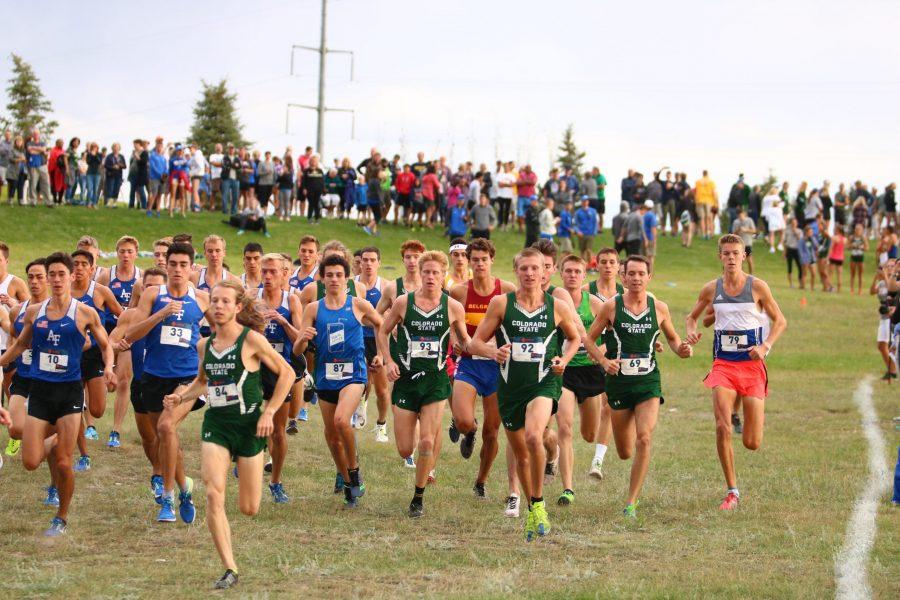 The Colorado State Cross Country Team starts their race at the Wyoming Invite in Cheyanne. The Rams won the meet with a total of 32 points with Eric Hamer, Cole Rockhold and Forrest Barton placing second through fourth. (Matt Begeman | Collegian)

Winning the 2019 Mountain West championship will be no cakewalk for Colorado State University cross country. The men and women begin the preseason ranked in the top five for their respective divisions. Let’s take a look at what it’s going to take for each team to capture the Mountain West title this season.

After finishing third in the Mountain West last season, the Rams are once again ranked in the top three to start the season. The men have ended their season in the top three for eight years straight and they’ve finished ninth in the country the past two seasons at NCAA nationals.

This season, the Rams land at number three on the preseason poll. Last year, the men finished the highest out of any Mountain West team at nationals, with Boise State coming in at 10 and Wyoming at 12.

“We are starting to build a tradition of being one of the best teams in the Mountain West Conference and the NCAA,” Head Coach Art Siemers said about the men. “Even though we graduated some strong runners last year, the culture of the team is as strong as it has ever been as far as the belief in their teammates and the system. They expect to try to be a top-15 NCAA team again this year and win another Mountain West Conference title again.”

The Rams enter the preseason rankings at number five. After losing six of the 15 members of last year’s team, three seniors and three transfers, the women’s squad will feature plenty of new faces, with six freshmen and three transfers joining the roster for the 2019 season.

“It is really exciting because we have an almost entirely new team,” Siemers said about the women. “We return a few contributing varsity members from last season but also have three transfers that are really talented runners who will help elevate the program, and then we have one of the strongest recruiting classes that we have ever had. We think that we have the talent to make a mark this year and hopefully make it to the NCAA championships, which is the expectation for the team and the goal that we all share — to be a nationally ranked team and make it to NCAAs.”

The Rams will rely on their new transfers and need strong efforts from their returners for a chance to make nationals, and possibly take over a women’s division that has belonged to the University of New Mexico for the past 10 seasons.

The Lobos are coming off a runner-up finish at the NCAA in 2018 and have won 11 straight conference titles. These rankings mark the ninth preseason the Lobos have been picked to win the championship. The last time the Lobos didn’t win was in 2007 when CSU claimed the women’s championship.

CSU cross country will make the trek up to Laramie, Wyoming, as the season starts Friday, Sept. 5 with the Wyoming Open.