The Rocky Mountain Collegian • May 1, 2019 • https://collegian.com/articles/sports/2019/05/potts-softball-team-has-earned-recognition-next-step-facilities/ 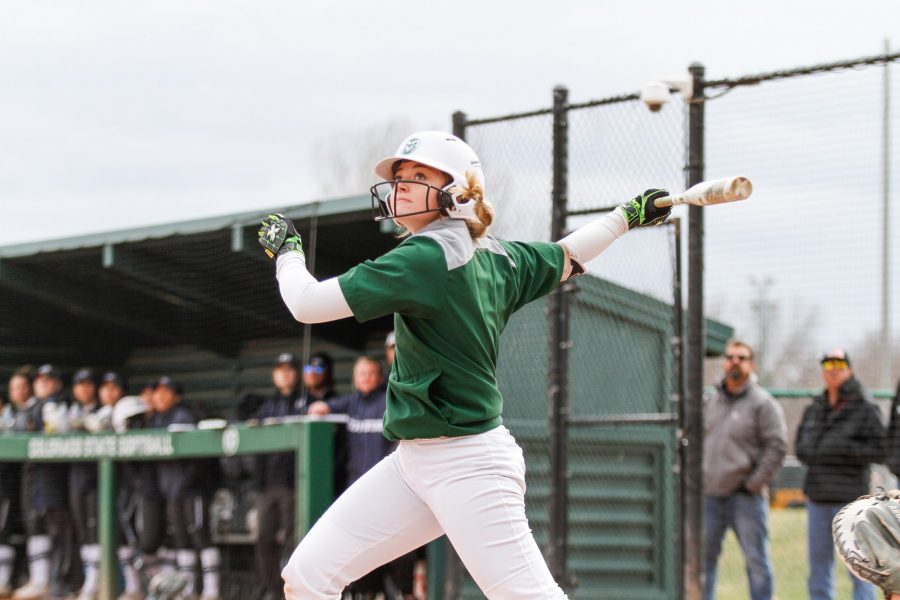 The Colorado State University softball team has had a truly outstanding year.

On the field, they currently boast a 36-8 record (17-4 in Mountain West play). They have had multiple players win conference weekly awards more than once and fought their way back in to top 25 rankings.

Just over a year ago, they made headlines for fighting for what they believe in. They staged a sit-in at a spring football practice to protest gender inequality, specifically when it came to practice facilities.

This wasn’t the first time this team has fought against gender inequality. Their mere existence on this campus is proof of that.

After the baseball and softball programs at CSU were cut due to funding, the softball team fought their way back. They went to court, citing Title IX gender equality requirements. The courts sided with them and softball was officially reinstated as an NCAA Division I sport in 1994.

I find all of this to be endlessly inspiring, as do the handfuls of young fans that line up after games to have their T-shirts and posters signed by the Rams.

In the 25 years since then, the team has been playing on their on-campus field. This year, the team adopted the #25Strong mantra as a reminder of where they’ve been.

I find all of this to be endlessly inspiring, as do the handfuls of young fans that line up after games to have their T-shirts and posters signed by the Rams.

The team has been humble in the thirteen months since the sit-in. They have put their noses to the ground and done the work to prove they deserve to be taken seriously, even though they shouldn’t have to win to prove that. They’ve been breaking their own records and become one of the most successful programs on this campus.

I don’t know if any real progress was made after the protest. If something was done, it was not brought to my attention. I know the football team was invited to one of the softball team’s early practices, possibly in an effort to mend the relationship between the two and gain some understanding of each other’s spaces.

I have heard very brief talks of a combined softball and soccer facility, but have heard more about restrooms and concession stands than practice facilities or lighting.

However, I think this would be a step in the right direction. In the same way we all talked about a shiny new football stadium drawing attention to and hopefully growing the football program, we should talk about a facility and growth for not one, but two teams with proven success.

This new facility would benefit two CSU women’s athletic programs that have immense growth potential. Both teams have winning records — though this hasn’t been a prerequisite for new facilities in the past, nor should it be.

CSU soccer and softball both have the ability to grow their already strong fanbases and make a name for themselves in college athletics. The softball team has proven they can break into the top 25 among schools known for their athletic programs. The next step in this is to have facilities that stand up to the test  day-in and day-out and allow the opportunity to host tournaments.

Quality facilities will directly benefit the teams, as well as draw attention from scouts and media. This has even more ability to grow the programs, and grow audiences for soccer and softball on a bigger stage.

CSU has taken pride in having individual women be pioneers in the sports field, so why not have programs that do this on a greater scale?

I think this is a sound financial investment for the University that would give back much more than money in return.