The Rocky Mountain Collegian • May 12, 2019 • https://collegian.com/articles/sports/2019/05/category-sports-csu-softball-set-to-make-ncaa-tournament-debut-against-auburn-university/ 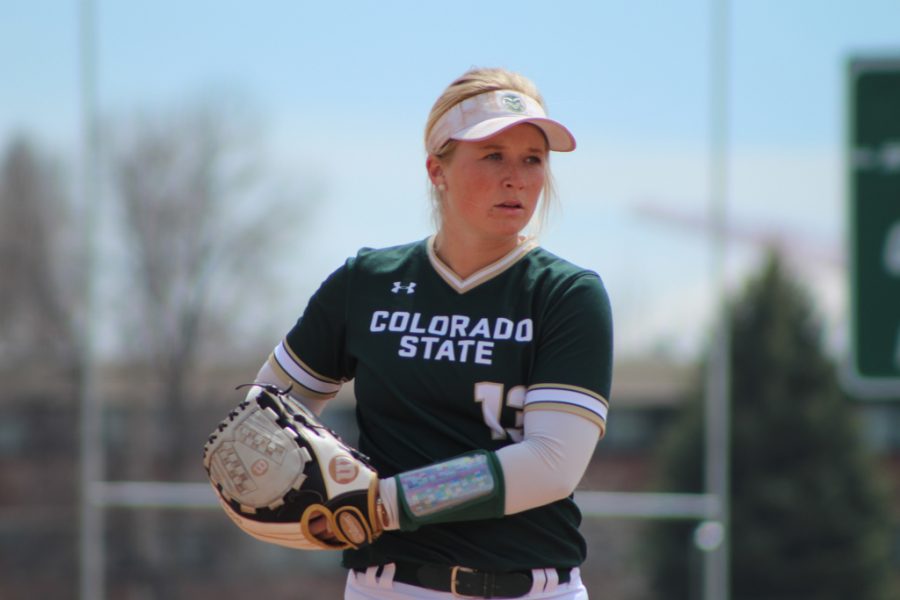 Pitcher, Bridgette Hutton, prepares for her pitching motion during the CSU vs. UNLV game on April 14th. (Joshua Contreras | Collegian).

After a successful season, winning the Mountain West championship and accumulating the most regular season wins in over a decade, the Rams are heading to Tucson to take on Auburn University in the first round of the NCAA tournament. This is the Rams’ first appearance in the tournament since 2003, when they took on Arizona and California State University, Northridge. The Rams are 2-4 all-time in the national tournament and will join host team No. 6, the University of Arizona, as well as Harvard University, in their regional pool.

“I am extremely proud of the accomplishments of our softball team this season and the leadership of Jen Fisher,” Colorado State University Athletic Director Joe Parker said. “They have had a record year with 20-consecutive wins, signature victories over prominent programs and performed well in the classroom. This is an outstanding group of young women who work extremely hard, and I look forward to cheering them on at the Tucson Regional.”

The Auburn Tigers, ranked No. 24, have an overall record of 37-19 and a 10-14 conference record. The Tigers finished their 2019 regular season in the bottom four teams of the Southeastern Conference. Although the Tigers didn’t win their conference, going against some of the best competition in the nation in the SEC plays in their favor.

The SEC has 10 teams in the Top 25, and the Rams are one of two  teams in the tournament representing the Mountain West. The Tigers have played stronger competition, but the Rams are more than capable of taking them down.

The Rams have been tested all year long and have found ways to win and overcome adversity. The Tigers are their biggest challenge yet, and we’ll see if they have the answers.