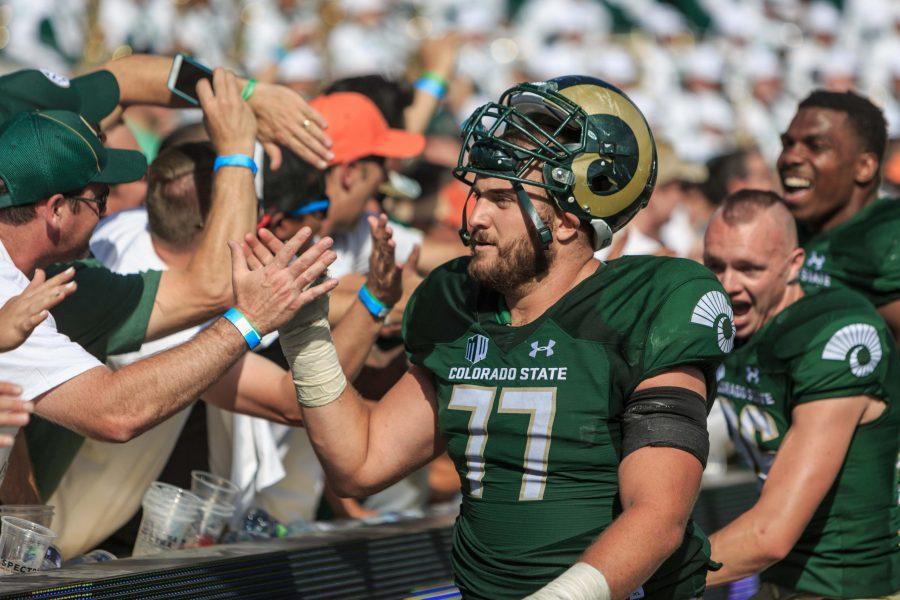 As a semi-pro league, the AAF is designed to give another avenue outside of NCAA football to pursue a future in the game. As of the first weekend, three former Rams are on rosters: Jake Bennett, Trae Moxley and Nick Callender.

Along with the Rams, three former University of Colorado players are a part of a roster. The trio are a part of the San Diego Fleet.

After successful careers as collegiate football players, all six players—as well as out-of-state players—are being given another chance to prove their worth. All three former Rams were given chances with NFL teams but failed to catch on in the league.

The AAF is going to be a boon for the success of players who weren’t able to capture a professional roster spot in their first few attempts.

According to the NCAA website, of the 73,063 football players that inhabit the gridiron, only 16,236 are draft eligible. Of the latter figure, only 253 are drafted: a mere 1.6 percent.

With around 10 undrafted free agents being signed per team following the draft, an astounding number of athletes are left to either move on or seek another venue. The actual number is roughly 72,490 when deducting both the drafted and undrafted additions to professional football’s highest level.

That’s where the AAF comes in.

Despite being signed by multiple practice squads, training camp invites and workouts, the three Rams previously mentioned were sent to find another venue for their talents.

Started by Bill Polian, Hines Ward and several other former NFL members and front office leaders, the AAF’s mission statement is simple: giving both players and fans alike another way to experience the nation’s most popular sport.

The NFL season runs from Aug. 2 to Feb. 3 if preseason matchups are included. For half of the year, the NFL is king, drawing ratings that bypass all other programs on national television.

During the periods when the NFL isn’t in session, the league relies on fans following the NFL Combine, Pre and Post-Draft coverage and attending teams’ training camps. Their viewership remains high in the offseason, with the Draft being the largest source of following.

The AAF provides the NFL a way to keep fans interested in football in the offseason, with the hope that new fans will also develop during that time period.

As a league, the AAF’s inaugural season started six days after the Super Bowl took place. The final game of the season is April 27, the day of the AAF championship game.

That day coincidentally is the exact same day as the NFL Draft’s final rounds, the lowest viewed portion of the three-day bonanza. In other words, the AAF is taking place when respective NFL fanhoods are yearning for content most.

With a large population seeking entertainment on the football field, the AAF has already begun to garner large ratings, beating out the NBA.

The populations that choose to invest their time into the league may also include NFL scouts. With several players being signed from foreign places, even off of professional rugby teams, the league’s talent evaluators are scouring the globe for hidden talent. The AAF will be no different.

Moxley, Callender and Bennett will all be under the watch of professional talent evaluators, with their national broadcasted games giving more people viewing privileges.

Not to mention, the league will also give players that fail to make it in college athletics another chance. A greater sum of both collegiate and non-collegiate Colorado athletes are set to be given a second wind.

With multi-million dollar NFL contracts on the line, the stakes of the AAF’s survival are high.