Sports for Dummies: Super Bowl parties are not just for football fans 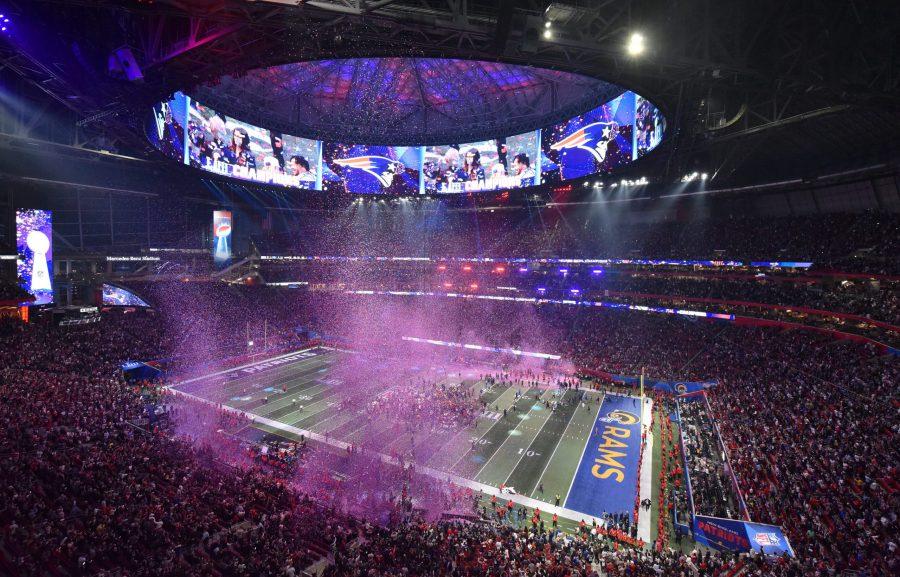 I’m not a big football fan. I have tried to get into it to understand some of the intricacies in the rules and the general hype, but honestly, I have given up. I just don’t like football.

I still watch the Super Bowl every year, and I don’t think I’m the only non-football fan participating in the event that seems to be on par with a religious holiday.

Why do we do that? Why willingly sit down in front of the TV for hours on end to watch something we know we don’t enjoy?

Because the Super Bowl is about more than just football.

In truth, the Super Bowl is a good representation of what Sports for Dummies is about: making sports approachable and enjoyable for people who otherwise don’t like sports or feel left out of the sports world.

On Sunday night, I referred to the Super Bowl as a “second Thanksgiving” as a joke, but I stand by it. And I’ll take it one step further and say the Super Bowl is a better version of Thanksgiving. It’s a chance to gather with people, but you can choose to be around your friends rather than family without feeling guilty.

You can even wear sweatpants and eat with your hands in front of the TV and not be judged.

Like Thanksgiving, the big game is a good excuse to try out a new snack recipe and eat some junk food that might otherwise be resisted. It’s an excuse to order buffalo chicken pizza, put tater tots on something random and eat your weight in chips and guacamole. Lots of people don’t care for football, but everyone likes food, and chowing down together is the best form of bonding I know.

It’s also a chance to immerse in pop culture.

Whether you like football or not, you probably have some feelings about Maroon 5 accepting the halftime gig even though many other artists were rumored to have turned it down in an act of solidarity with Colin Kaepernick.

Frontman Adam Levine even tore off his pillowcase t-shirt and performed shirtless even though Janet Jackson was penalized for a split second nip-slip that wasn’t her fault many years ago. We all definitely have some thoughts about the Spongebob clip being used as an intro for “Sicko Mode” when we all wanted to hear “Sweet Victory” in its entirety.

This year’s Super Bowl, like the two before it, was also a chance to bond over a shared hatred: a hatred of the New England Patriots.

While there certainly were people rooting for the eventual winners, most people I spoke to were rooting for the underdog Los Angeles Rams. I think it’s more natural for us to want to root for the underdogs, it makes for a better story and tugs on our heartstrings. While the Patriots have achieved what all sports teams theoretically aim to do (win all the time), it’s just boring as a viewer.

The whole game was boring; it was the lowest-scoring Super Bowl game ever. While there’s something to be said for the defensive showing by both teams, successful defense just isn’t as fun to watch.

So even for the die-hard football fan, there had to be something more entertaining to focus on this year.

I guess what I’m saying is that—as cheesy as it sounds—there are some lessons to be learned by watching a football game you may or may not be invested in, whether you’re learning some rules of football or learning the pain of rooting for the underdog, discovering something about pop culture or exercising your political voice. Bonding with friends over your shared indifference or learning how much salsa is too much serves a purpose.

It’s fine to not care about football. I really don’t. But, that doesn’t mean you can’t participate in the game day festivities, and that doesn’t mean there isn’t something to be gained from watching the Super Bowl.