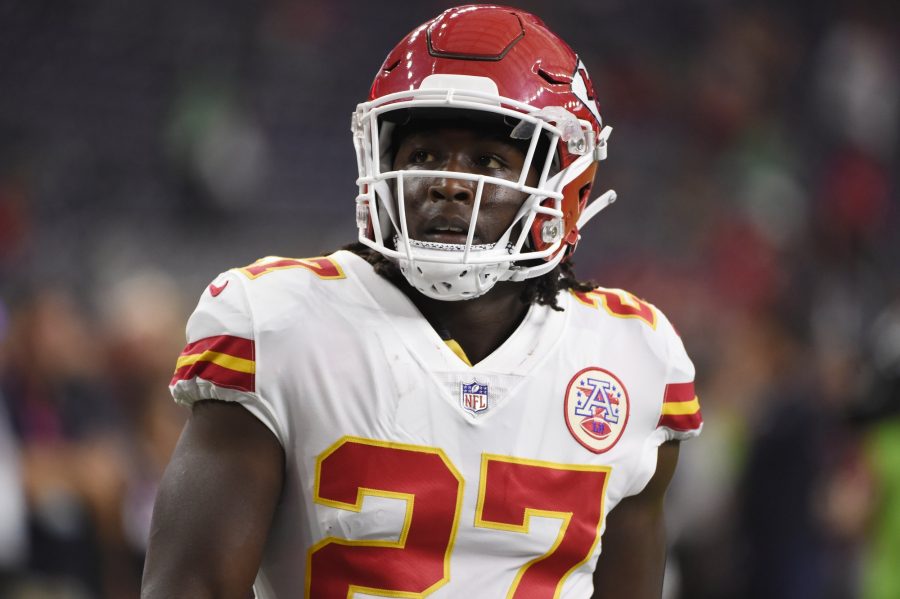 I woke up yesterday morning and turned on ESPN’s “First Take” while I got ready for my morning class. Normally I just tune out the play-by-play and college basketball analysis while I brush my teeth and make coffee, but this time the conversation caught my attention very abruptly.

The talking heads on the show were talking about something you might have heard on the news in the past few days; Kareem Hunt just signed a one-year, $1 million contract with the Cleveland Browns. I’ve been pretty clear about the fact that I don’t care for football, so you might be wondering why that conversation stopped me in my tracks.

If you were unaware of the situation, Hunt was playing for the Kansas City Chiefs when a video of him pushing, shoving and kicking a woman in a hotel hallway surfaced. This was apparently not the first time he had exhibited this kind of behavior off the field.

The Chiefs let Hunt go, realizing they didn’t want to support this kind of behavior—the lone thing done right as far as I can tell.

I was interested when this came up on “First Take” because of something I heard on Game of Thrones: “Nothing someone says before the word ‘but’ really counts.”

One of the men weighing in on the talk show expressed an understanding of the situation and a belief that some form of punishment was necessary. And then he said “but;” but Hunt is a talented athlete and a good football player and the league is about winning football games.

Then the conversation turned back to football and how much he should get paid in light of the situation and moved away from the violence completely. This seems to be the case almost always when people in sports are accused of wrongdoing. We offer a slap on the wrist—a small pay cut they won’t notice out of their millions or a few game suspensions—and then pretend it never happened, bury it in conversation of athletic ability, games won, records broken, etc.

Put simply, this is not OK. It’s not OK to excuse or ignore this kind of behavior due to athlete status. More than that, it’s not OK to address the issue so halfheartedly, following up all the buzzwords with “but” and a bunch of stats.

It’s also continually disappointing that an organization as large as the National Football League, with as much cultural significance as it has, continues to ignore social issues for the sake of football and money. The amount of young fans who can see there are no consequences for this type of behavior become the population that perpetrates further violence, thinking nothing of it. If NFL players can get away with it, why couldn’t you?

This, of course, isn’t just an NFL issue. It’s rampant across all sports and all leagues. Take Joe Mixon, Ray Rice, Roberto Osuna, Christiano Ronaldo … don’t make me continue. When you Google these names, you just get stats and articles on their performance. You have to dig or specify your search to even find out that they have been accused of something, and that’s exactly what I’m talking about.

Some people argue that sports and politics should be separate, but I wholeheartedly disagree. These athletes are role models for so many people and in such a public light that not addressing these issues feels like lost opportunity. For the higher-ups to brush political issues to the side is blatantly selfish and seems like a fundamental misunderstanding of the influence they have worked so hard for. Be better. Just be better.