Rams fall on the road despite season-high performance from Mounsey 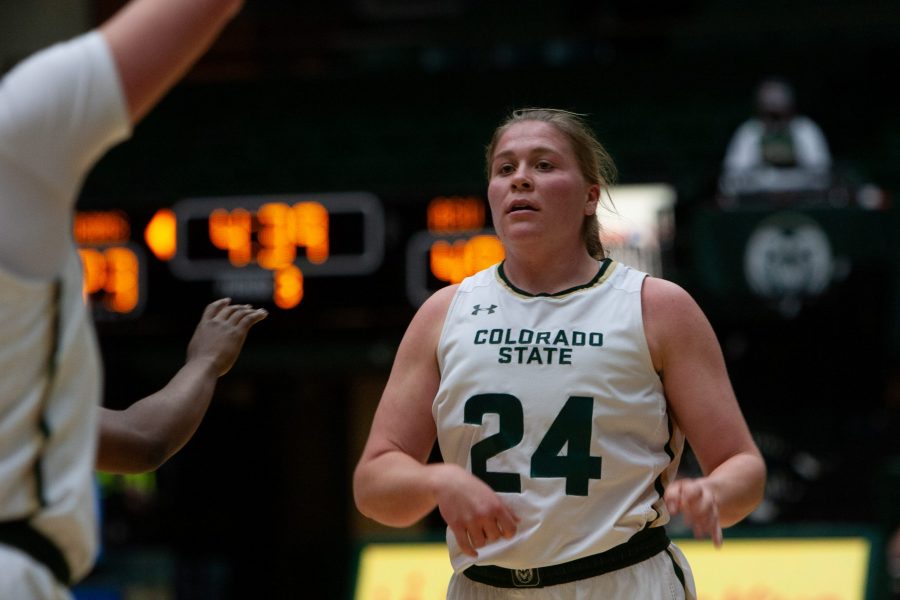 Heading to Utah in search of their fifth win of the year, Colorado State geared up for a showdown with Brigham Young at the Marriott Center.

Instead, the game became a shootout between a pair of players from each side, with the Cougars riding the hot hand of newcomer Shaylee Gonzales en route to their seventh win of the year, 51-42.

The victory was also the program’s second in as many tries over a Mountain West opponent this year, with the first coming against in-state foe Utah State.

For the Cougars, the offense was placed squarely on the shoulders of Gonzales as the guard scored the teams’ first six points to open the game. Combined with the early spree, Gonzales scored or assisted on the teams’ first 10 points, a streak that lasted until the early in the second frame.

The 10 point total for the Cougars in the first quarter was their second-lowest of the season to open a game. The lack of scoring came by way of a zone defense put forward by Coach Ryun Williams, seeking to counter the free-shooting ways of the hosts.

A smothering defense has become vital for Williams’ team as they continued to struggle to score in Utah. Coming into the game, the team was at the bottom of the Mountain West in scoring (52.4 points per game), a trend that found its way into their latest matchup as well.

“(The game) really had no flow,” Williams said. “The margin for error for us offensively is not very big, so a nine-point (deficit) in a game like this where possessions are going to be very minimal was a little too difficult for us to overcome.”

Turnovers, though Williams has tried multiple solutions, have been a product of the team’s’ lack of a facilitator.

After a preseason injury to incoming transfer Roichelle Marble, the Rams have been looking for answers. Whether it was trying out forward Lore Devos’ ball-handling abilities or Grace Colaivalu bringing the ball up, the offense has been sputtering, averaging 12.8 turnovers per game and a 36.7-percent mark from the field.

In their latest game, the Rams faced a zone defense put forth by the Cougars. Slowing the tempo was the theme of the game, a trend that limited both scoring outputs.

“We like the game right where it’s at,” Williams said at halftime. “They’re having to play a lot of the shot clock on their offensive possessions which is what we want, shortens the game a bit.”

In the first half, the Rams only allowed 20 points from the Cougars, their lowest scoring half of the year. The success on the defense was evident coming into the game, with the Rams sitting at ninth in the nation in opponent field goal percentage (32.2 percent).

In the end, the Rams held the Cougars nearly 17 points below their 67.9 points per game average.

“We got to the right kids at the right time,” Williams said after the game. “We were really good.”

The fourth quarter proved to be the deciding frame of the game after the Rams held the game within three entering the final frame. Despite their fight, the visitors fell prey to another lopsided concluding quarter. In the final ten minutes, Williams’ squad was outscored 18-12.

In their 24-point effort in the second half, the Rams shot only 21.4 percent from the field, with only a pair of makes from outside.

Mounsey finished with 21 points, with each point coming from outside the arc in the game, while Gonzales led the way with 29 points of her own. The total from Mounsey served as a season-high for the transfer, while Gonzales’ total served as her collegiate career high.

The Rams will return home to host the University of Denver on Friday. The game is set to tip off at noon.