Improbable comeback downs Colorado State in first round of tournament 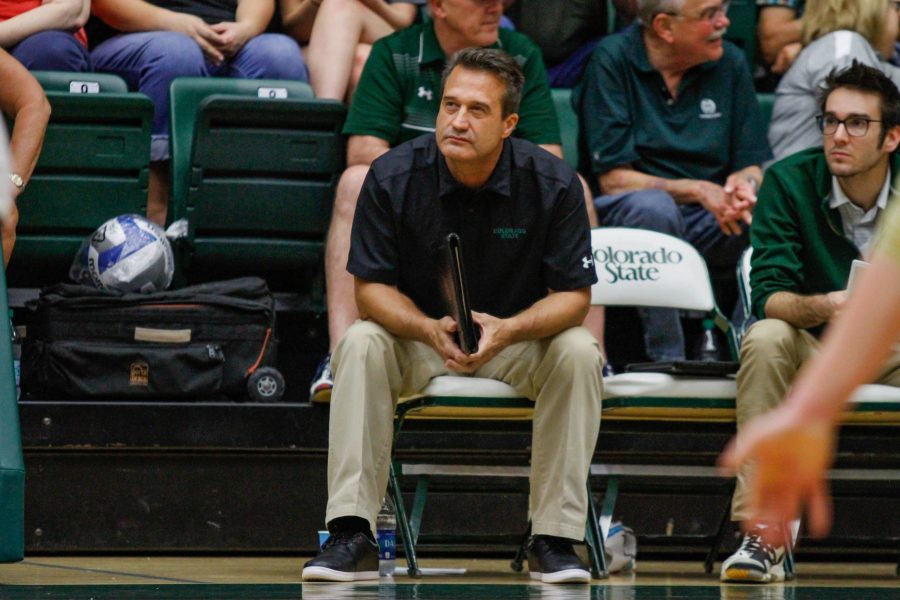 In a matchup against the Tennessee Volunteers in their first year under coach Eve Rackham, Coach Tom Hilbert and Colorado State knew they would have to be focused in order to advance beyond the opening match (28-26, 25-20, 18-25, 21-25, 12-15).

Getting off to a slow start in set one, Colorado State suddenly found their groove, coming back with a late 28-26 set victory to show for it. The second set had a different story, as CSU jumped out to a dominant lead — at times leading by double-digit points — ultimately winning off the Volunteers’ Lily Felts’ service error to take the second frame by a score of 25-20.

“They had us scouted really well, they took away a lot of what we wanted to do early,” Tennessee Assistant Coach Tyler Adams said.

Filling in for Rackham, Adams and his players said they played this game for her and wished she could have been their with the team. The first-year coach gave birth to her first child last week, forcing the Volunteers’ leader to watch from Knoxville.

While CSU had scouted well, they were not ready for a change in game plan. The Volunteers swapped Alyssa Andreno on the right side with Raquel Perinar. After the substitution, the Rams’ defense began to falter.

After the switch, the Volunteers jumped out to a pair of set victories, setting the table for a decisive fifth set in the winner-take-all bout.

A back and forth set, with three lead changes and multiple ties was headlined by a 4-0 run by the Volunteers in the early going. Despite a kill from three different Rams following the run, the Volunteers proved to be too much, taking the set by three.

“We’re disappointed to lose this match, but we had a wonderful season,” Hilbert said. “In a match like this that’s one-and-done, you have to look what’s positive. We played really well this year, really improved in different areas. And I thought tonight, for probably 60 percent of this match, we were playing at a really high level.”

Redshirt junior Kirstie Hillyer hit an efficient .471 hitting percentage on an 18 of 34 night with just 2 errors, while outside hitter Breana Runnels had a double-double with 21 kills and 10 digs.

Service errors, which have plagued CSU all year, reached double-digits once again in the opening round match (10). Despite their errors from the back line, the Volunteers had more attack errors than CSU (35-20).

Finishing the match with a .227 hitting percentage, Colorado State felt the sting of an inefficient 5th set, where they hit just .062 from the offensive end.

The Rams totaled 18 blocks in match, with most of them coming in the second set as the block numbers reigned silent in the final three sets. Paulina Hougaard-Jensen led in blocks, joining in on 10 of the team teams’ 18.

“I think over the season we’ve all grown and been hitting higher. Over this coming offseason we are going to focus on a lot, but mainly defense,” Runnels said.

On the opposing side, Tennessee had four different attackers with double digit kills led by Lily Felts with 19, Tessa Grubbs with 18 and Erica Trieber and Addisyn Rowe with 12 each.

When asked what’s next for CSU volleyball, coach Hilbert had a laundry list of things.

Nick Baker can be reached at sports@collegian.com or on Twitter @thebakernick.