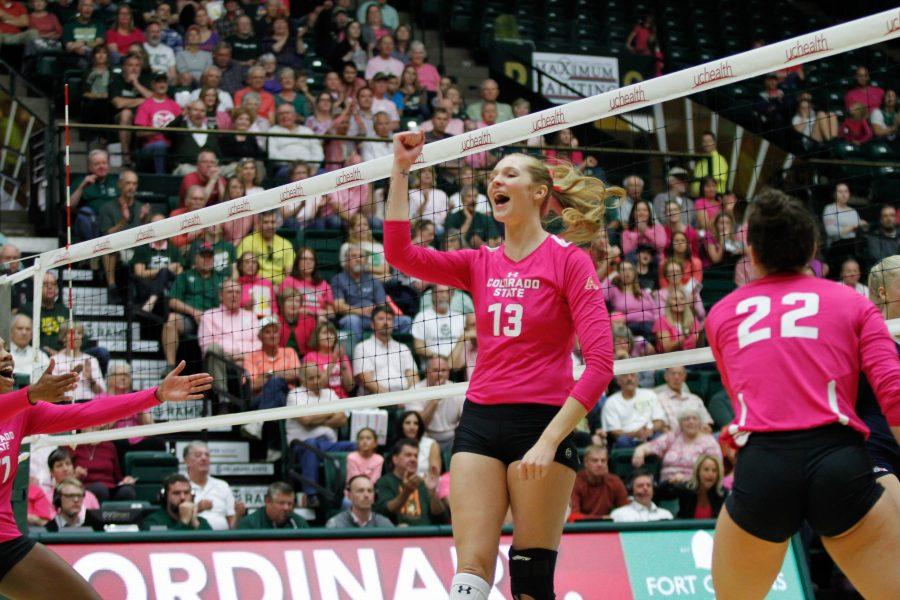 This week, she has added another award to the list after being named Mountain West Offensive Player of the Week for the second time this year on Monday. The award comes after a stand out weekend for Hillyer and the Rams.

The Rams collected wins over conference opponents Utah State University and Boise State University, extending their win streak to 11 games and further solidifying their place atop the Mountain West standings.

Hillyer had nine kills in the game against Utah State and 19 kills against Boise, equaling 28 for the weekend and had a .449 attack percentage.

On the year, Hillyer has now tallied 277 kills, good for second on the team behind redshirt sophomore Breana Runnels (386). On the other side of the net, the former Bayfield High School standout has registered 116 total blocks.