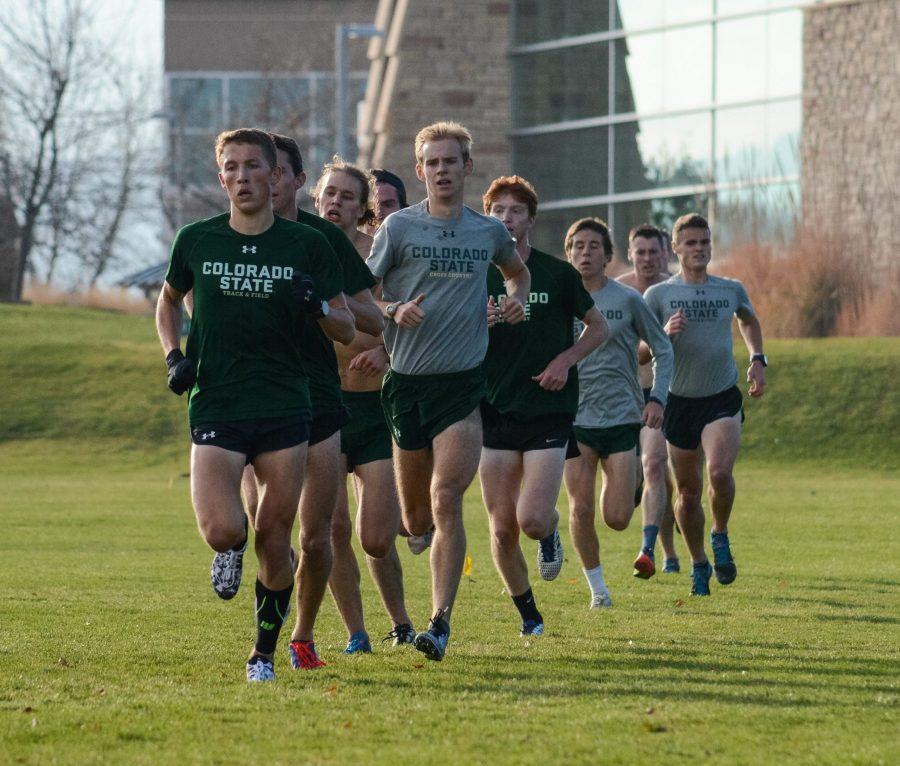 The CSU Cross Country team practices on Nov. 3, 2017, by the LSC. The men’s team is currently ranked No. 10 after a recent vote of conference head coaches and remains a team favorite of winning a Mountain West title in 2018. (Collegian File Photo)

After a recent vote of conference head coaches, the Colorado State men’s cross-country team is ranked No. 10 and remains the team favorite for winning a Mountain West title in 2018.

The CSU men’s cross country team matched its preseason totals prior to the 2017 and current season rankings by receiving four first-place votes and 46 points overall. On the women’s side, CSU improved two spots from No. 7 in the preseason to No. 5 in the midseason rankings. The Rams’ women are now tied with Air Force and ahead of San Jose State in rank.

CSU most recently competed in the Nuttycombe Wisconsin Invitational. The men’s team for the Rams defeated 11 ranked teams. Senior Cole Rockhold placed ninth of 224 runners, which was the highest by any individual Ram in meet history while fellow senior Eric Hamer placed 22nd and earned the third-highest finish by any individual Ram all-time at the meet.

On the women’s side, CSU finished 21st of 33 teams by pulling ahead of No. 27 Georgetown, Texas and five other power conference schools. The Rams ranking improved by eight spots compared to last season’s performance at the meet. Seniors Bailey Ness and Ali Kallner placed 74th and 94th in the championship race, respectively.

CSU men’s cross country is predicted to be conference champion once again after winning its first-ever men’s Mountain West cross country title after their team performances last year. The Rams had one of the most dominant performances in the history of the meet.

The CSU cross country team has next week off from competition before returning to action at Pre-Nationals and at the Fort Hayes State Uiversity Tiger Open Oct. 13.