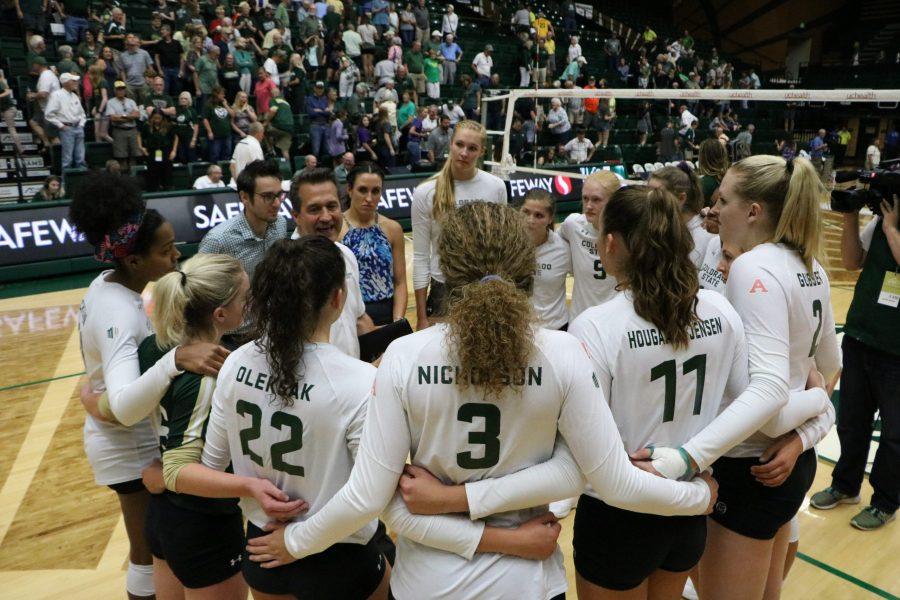 Homecoming has a little bit to offer every Ram. For most students, it is well needed university-scheduled stress relief. For the athletics’ programs involved, it offers a taste of home and comfort for athletes.

For students, college is a time to grow and explore but there are simple comforts that can not be matched once they leave home. Homecoming gives the CSU volleyball team, and others, a chance to enjoy the comforts of home while strengthening their connection to the community.

“I miss our home cooked meals,” said junior setter Katie Oleksak. “My parents will come over and we’ll cook and make things so that’s kind of fun, but it’s just nice to see them and see their faces and that in itself reminds me of home.”

A family, in any form, can be a rock, something players know they can lean on. Too often, students forget where their base support is coming from and it only gets easier to forget from afar. The players involved in homecoming get a chance to rediscover that support when their families and alumni join the crowd.

“They’re just such big supporters of me,” junior middle blocker Kirstie Hillyer said. “That’s what I look forward to most when they come up, I know that my biggest fans are coming out and they’re going to be here just to see me and that’s a cool feeling.”

Homecoming serves a similar function for the team as a whole. It helps re-establish that they are part of something greater than themselves and that the team is valued.

For this group of Rams in particular, this year’s festivities should be special as nearly the entire team will experience a home game during homecoming for the first time. Oleksak is a junior and this will be her first homecoming at home. Aside from Hillyer and Jessica Jackson as redshirt freshmen, this will be the team’s first year participating.

“Having all those events during the week kind of makes them get out into the community and see the things we have to offer here at the school,” Hillyer said. “Especially for the foreigners, I think it’s a very American thing so I think that’s probably a cool experience.”

While the schedule has been a bit unusual the last few years, Hilbert says that it is typical for the team to hold an alumni gathering every other year for homecoming and for 30 to 40 volleyball alums to make the trip.Every homecoming, the team gets a little bit stronger.

“A college is like a big family and once a year you have a family reunion,” head coach Tom Hilbert said. “That’s what homecoming is.”

Mack Beaulieu is a reporter for the collegian and can be reached online at sports@collegian.com or on twitter @Macknz_James