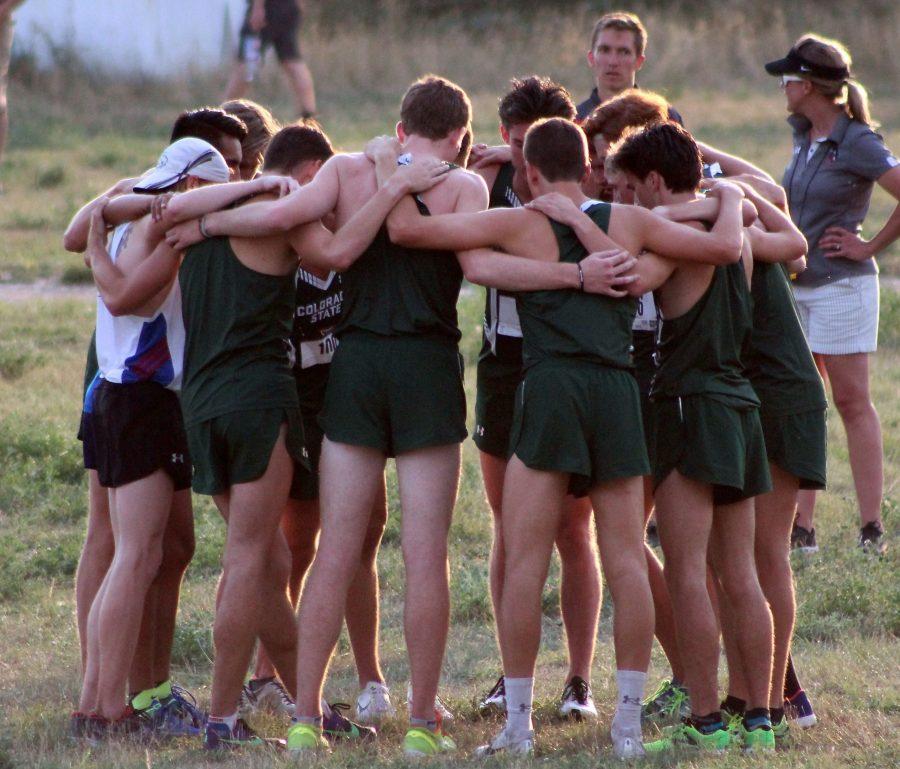 The men's cross country gathers in a huddle before their meet at Hughes Stadium on Sept 1. (Megan Daly | Collegian)

Senior Cole Rockhold ran 23:29.3 and finished in ninth place out of 224 runners, which was the highest ranking by any Ram individual in the men’s 8k in the 10-year history of the meet while fellow senior Eric Hamer was ranked 22nd place with a time of 23:42.5. Hamer’s mark was the third-highest rank by any Ram at the meet.

Colorado State placed 21st of 33 teams in competition in the women’s championship 6k, finishing ahead of No. 27 ranked Georgetown, Texas and five other Power-Five conference programs.

“We wanted to come out here and prove that we were still a top-10-caliber team. We did that, and I think if we keep working hard we have a lot more we can improve on given that it’s still early in the season,” Coach Art Siemers said.

The Colorado State cross country team has next week off from competition before returning to action at Pre-Nationals and at the FHSU Tiger Open respectively Oct. 13.